Construction crews installed some very heavy (and ancient) Oolite Boulders in Brickell yesterday as part of the Underline project.

They are being installed in the Brickell Backyard portion of the Underline, which is now under construction. There will be two “rooms,” River Room and Oolite room, featuring the boulders.

According to Wikipedia, Miami Oolite is also known as Miami Limestone.

It was deposited around 75,000 to 125,000 years ago during the Sangamon interglacial, when the area was under a shallow sea.

On social media yesterday, backers of the Underline invited the public to pass by and see construction progress in Brickell at SW 7th St., below the Metrorail. 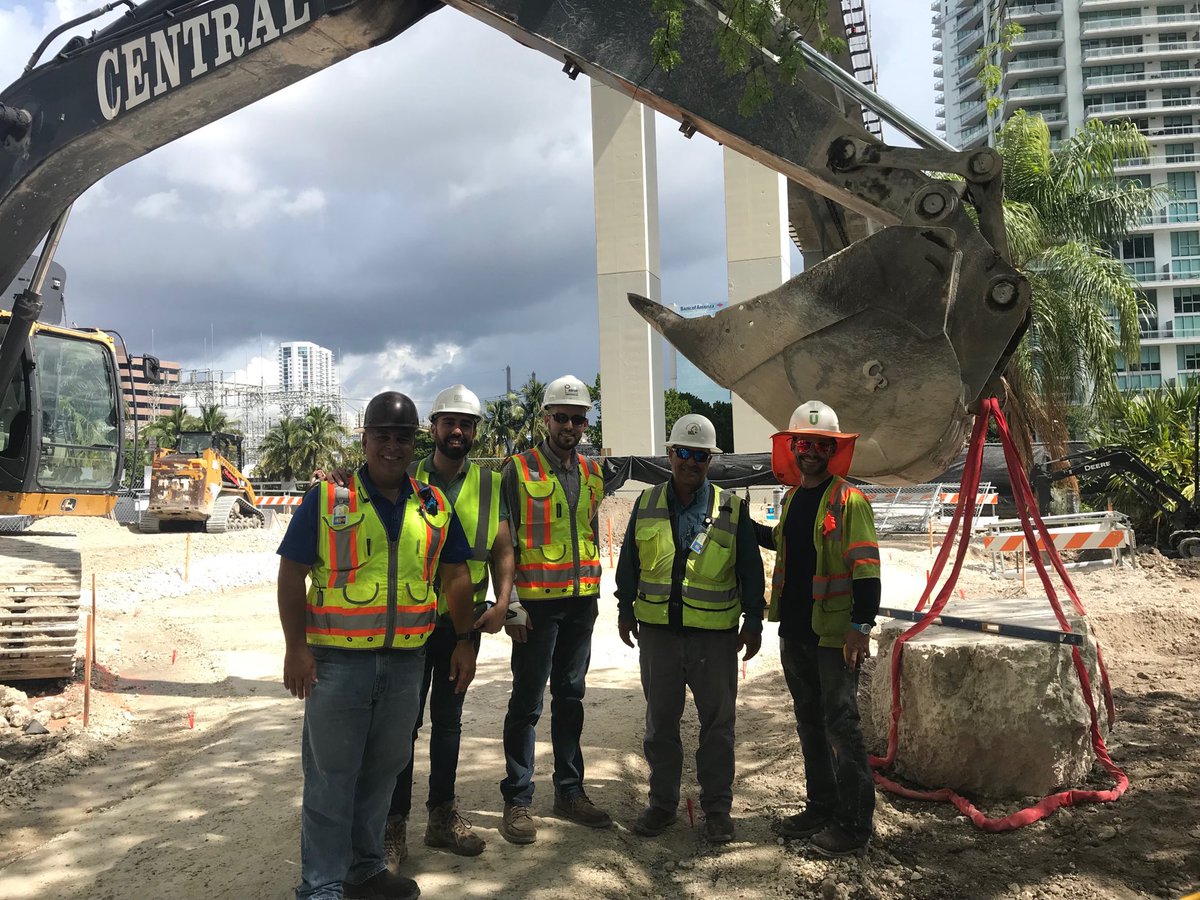 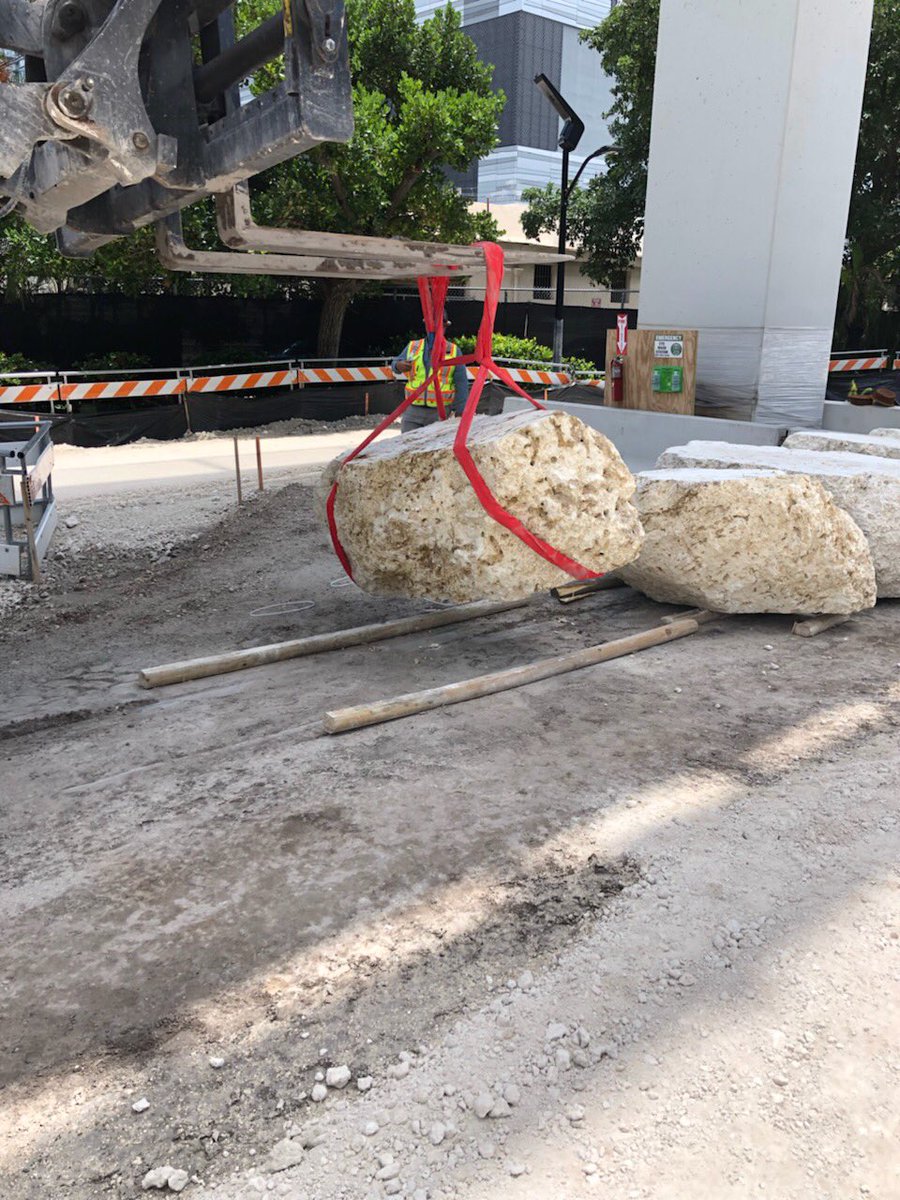 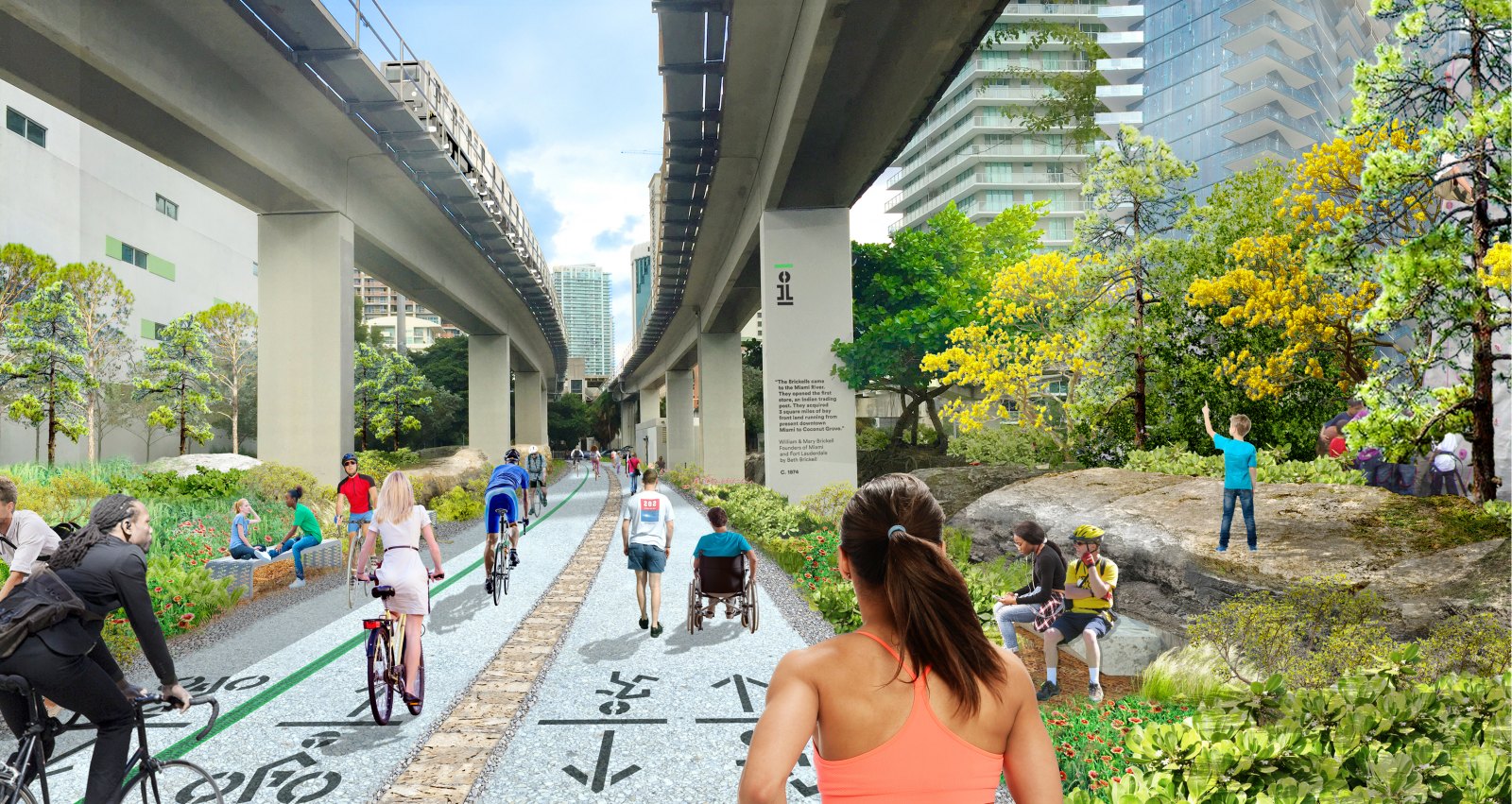