Watson Island could soon have a nine-story seaplane terminal building.

Commissioners voted last week to approve a rezoning of the land where it would be built, according to the Herald.

The project would include a terminal and hangar on the ground floor. A hanging garden exhibit would be located on the fifth floor, with an observation deck on the ninth floor. Other uses include 50,000 square feet of office, retail and restaurant space, with a media room and steakhouse on the upper levels. A lighthouse would top out at 341 feet.

Nautilus Enterprises, which owns the assets of Chalks Airlines, is the developer. 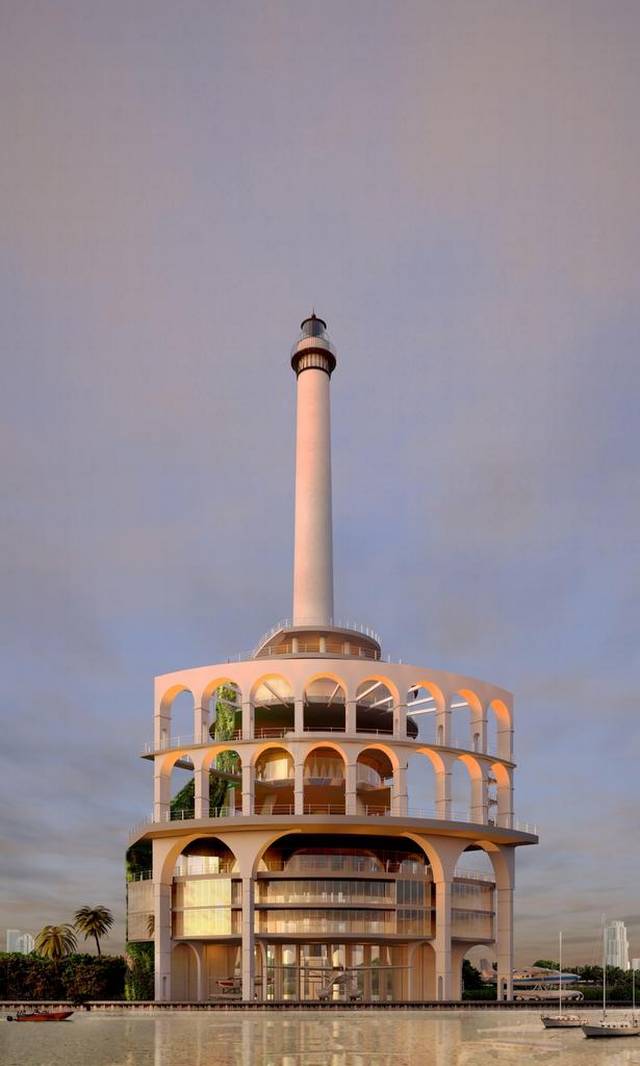