A developer is planning to build an apartment tower with over 20 stories on Biscayne Boulevard in Edgewater.

Arch Companies and Infinity Real Estate will build the new project at 2501 Biscayne, across from the 19-story 2500 Biscayne tower (now called Wynwood Bay) co-owned by Infinity that was completed in 2017, according to The Real Deal.

The new building will have about 250 rental units. Wynwood Bay has 156 units.

Latin Cafe was once located on the 2501 Biscayne property.

Up to 36 stories are permitted by zoning, but the developers plan to keep the new tower in the 20+ story range.

The new project will also include commercial space with food and beverage use.

Design is underway, with groundbreaking expected in late 2022.

Both of the co-developers are based in New York.

Completed Wynwood Bay, with 2500 Biscayne in the foreground: 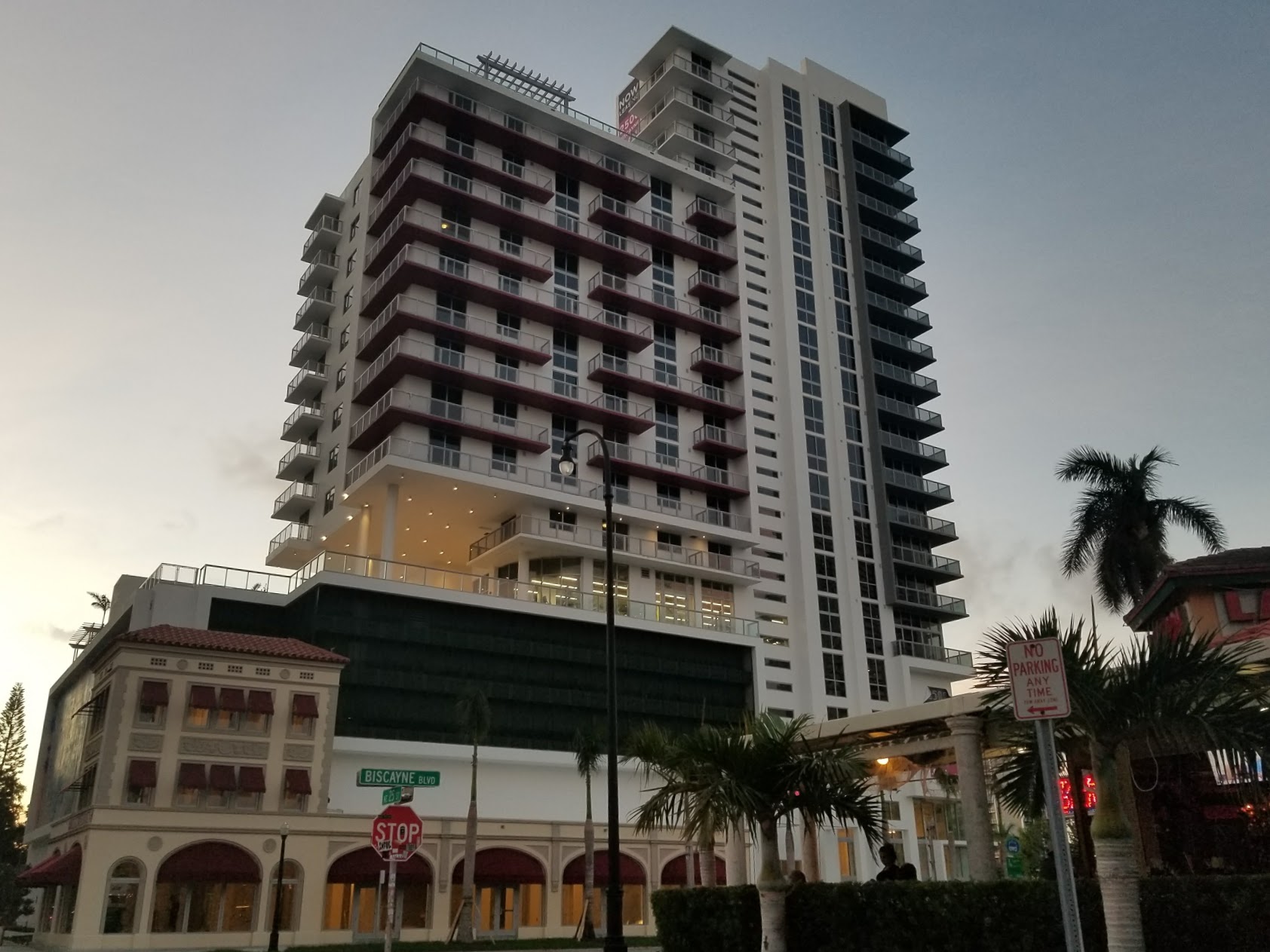