Residents of the Jockey Club are taking legal action to stop construction of the 41-story Apeiron condo and hotel tower.

A lawsuit has been filed in Dade Circuit Court contending that existing agreements from 1977 and 1995 restrict any development of the common areas of the Jockey Club.

Apeiron Miami, LLC along with neighboring residents Jockey Club III are the defendants in the case. The suit was filed on behalf of the two condo associations of the Jockey Club’s Buildings I and II, representing 259 residents.

The developers of Apeiron have been moving through the entitlement process for a 549-foot tower with 120 condos and 90 hotel rooms on the 13-acre property. They obtained a $21 million loan to cover pre-development costs in December.

Update: Apeiron developers say that that the case is without merit and they will continue to move forward with the project.

“A group of residents with uncertain motives is seeking to derail our development based on an old agreement which is no longer enforceable,” Muayad Abbas, founding partner of Apeiron at the Jockey Club, said in a statement. “ We will continue to move forward with the plan for Apeiron, which will enhance the entire Jockey Club grounds for all surrounding residents.”

The project will bring enhancements to The Jockey Club, including walking paths and gardens, dog park, playground, and promenade along the bay. 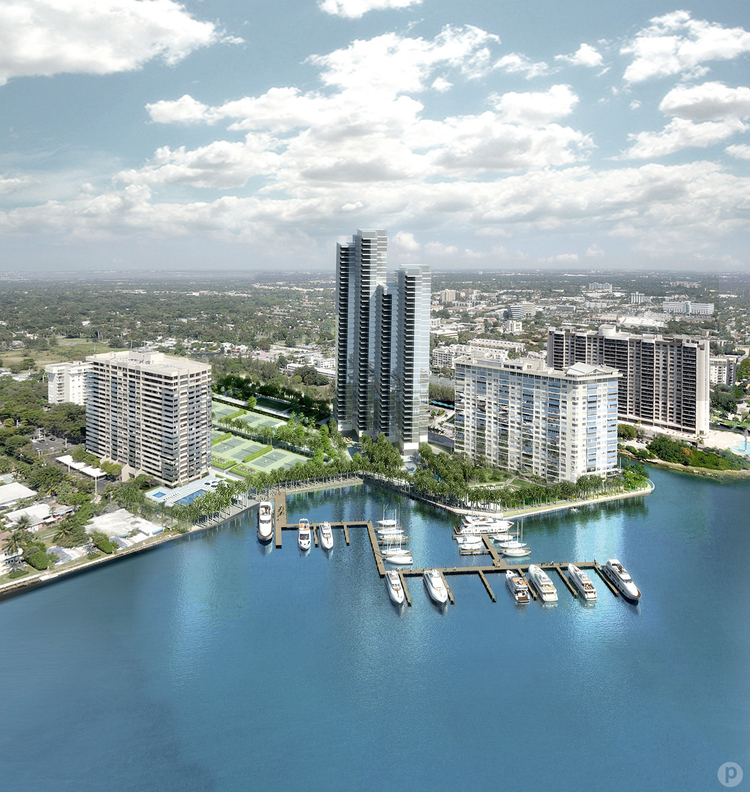