The project is now being painted gray. The developers say that architect Kobi Karp’s design of the facade incorporates a “sophisticated industrial motif,” meant to recall Wynwood’s history. The exterior will also feature artwork.

Wynwood 25 is among the first large scale apartment project to break ground in the neighborhood, which is one of Miami’s hottest. It will include 289 rentals, with micro-sized units starting at just 400 square feet, allowing most rents to remain under $2,000.

At the ground floor will be 31,000 square feet of retail, and a paseo connecting 24th and 25th Streets. Also included are 340 parking spaces, which appear to be well hidden.

Completion is scheduled for summer 2019. 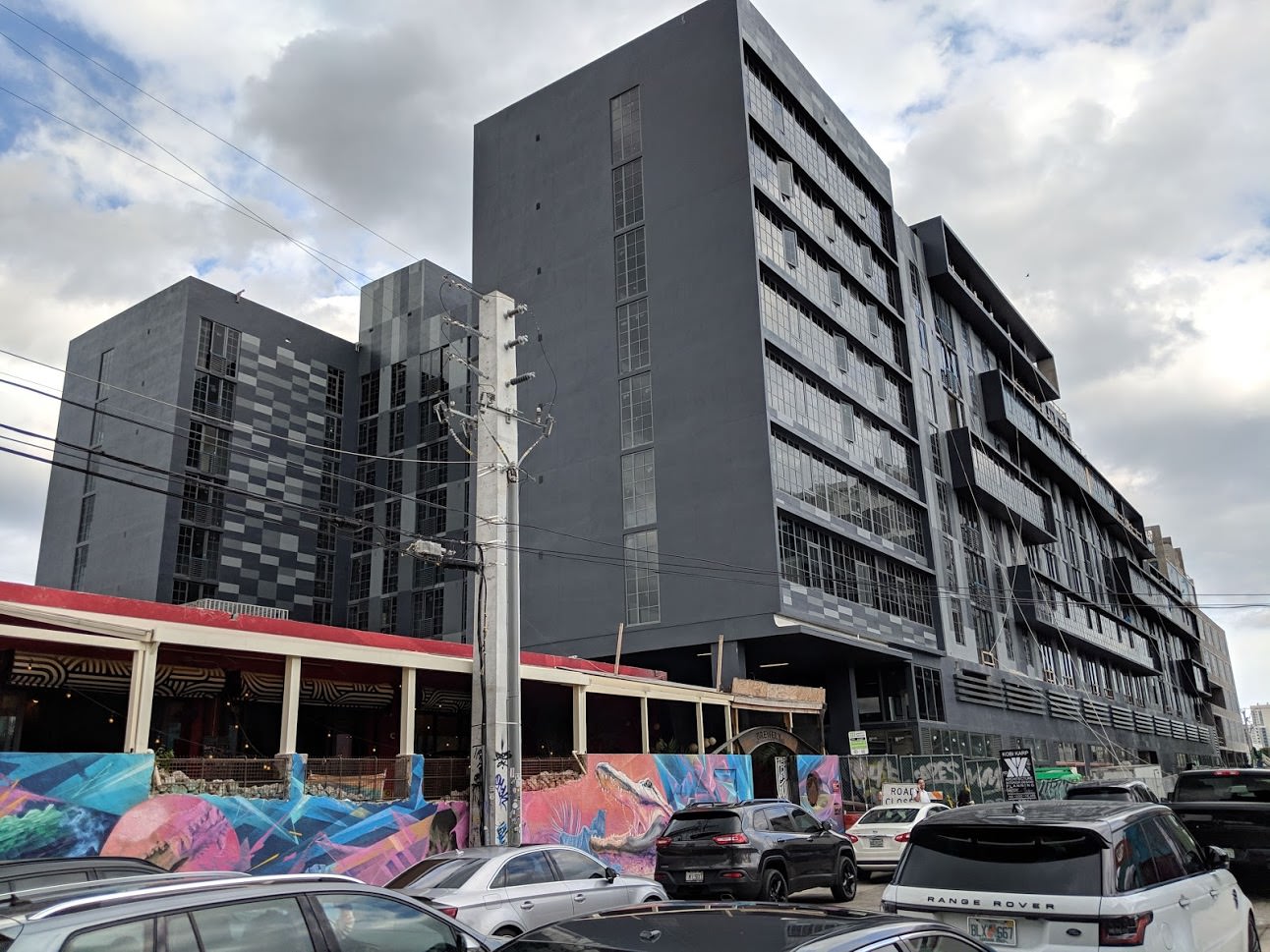 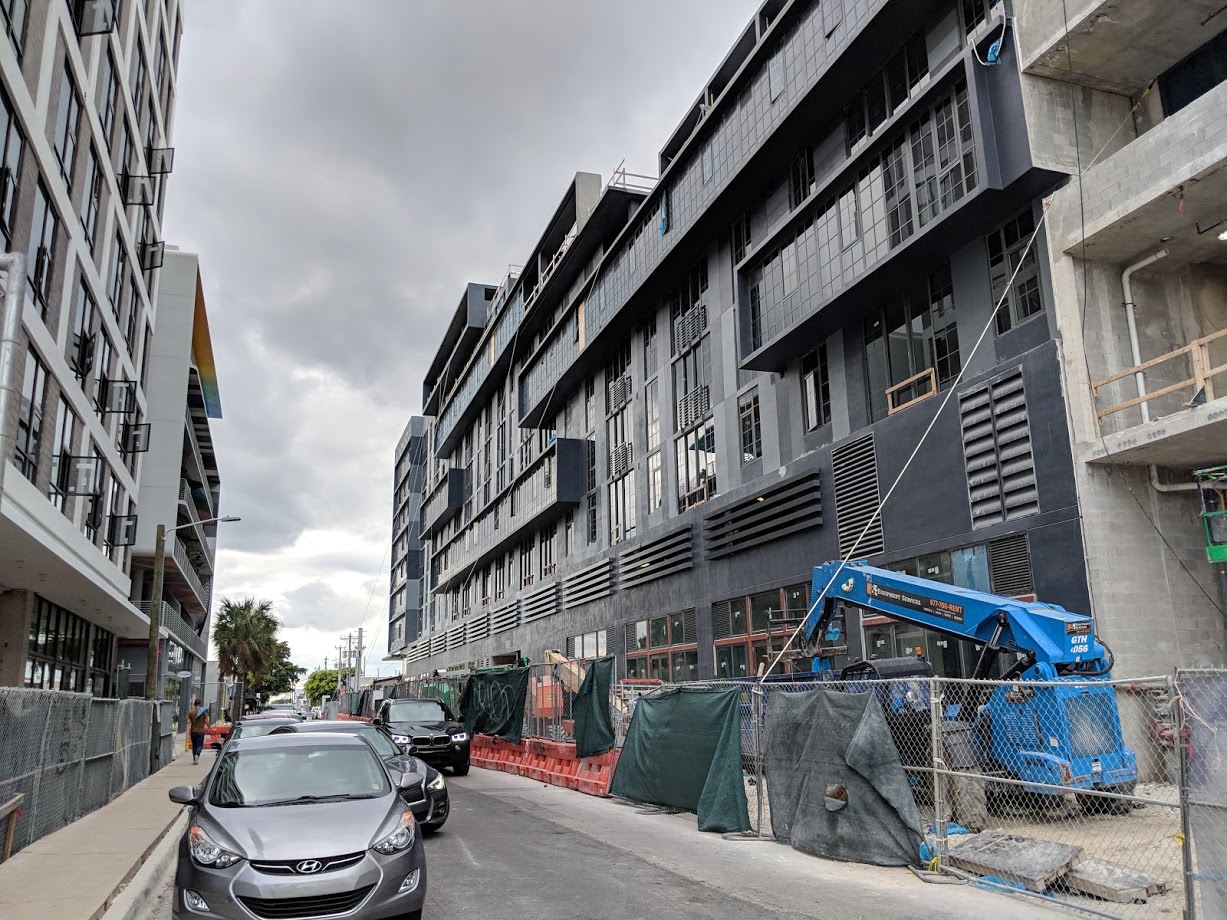 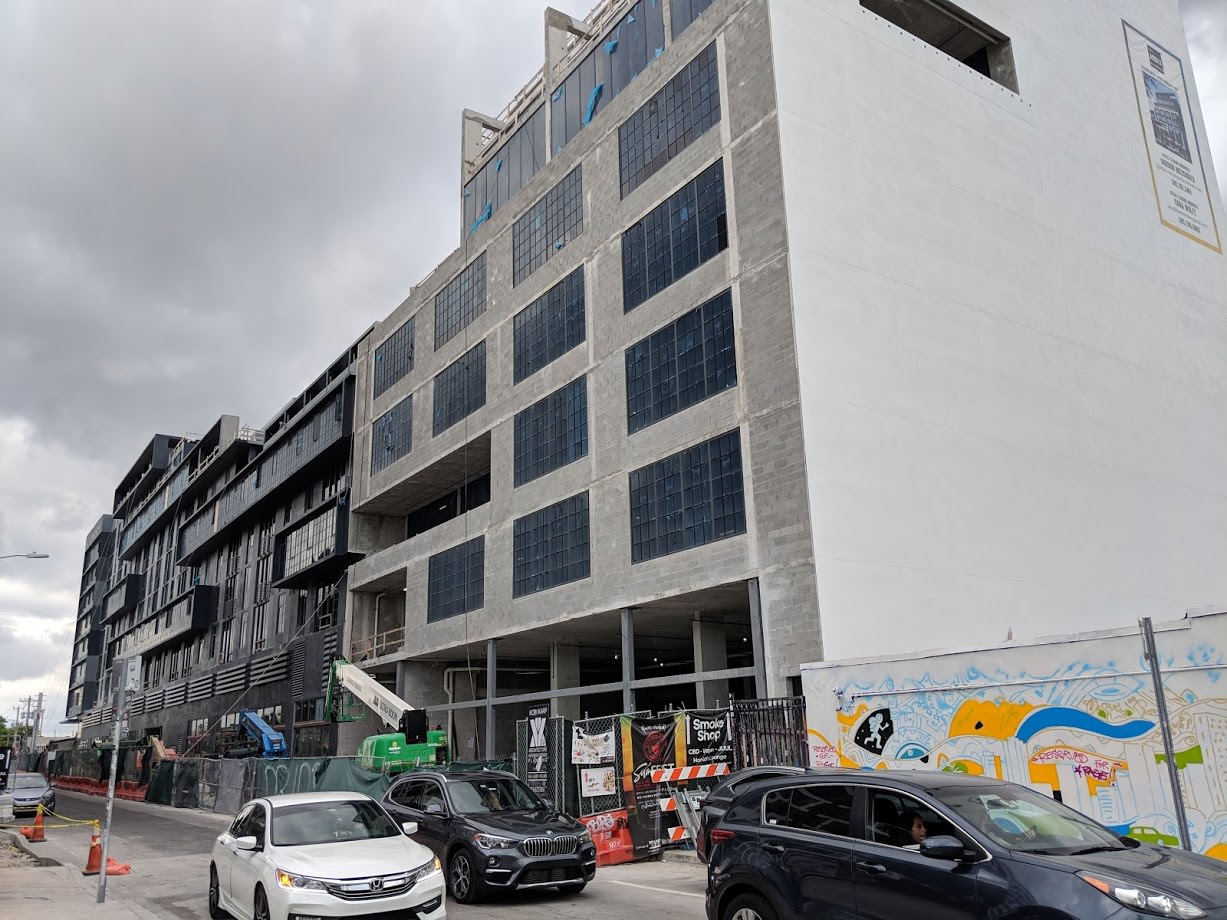 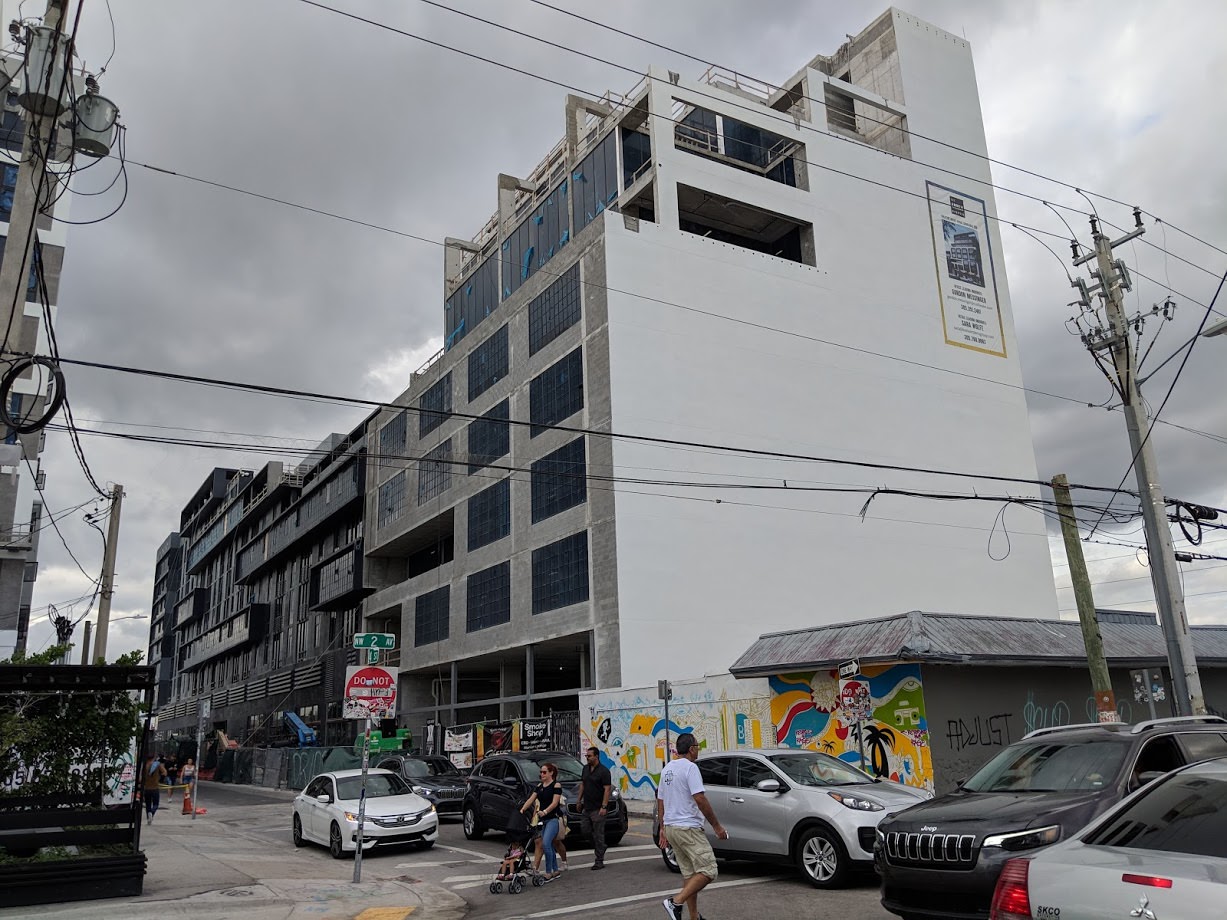 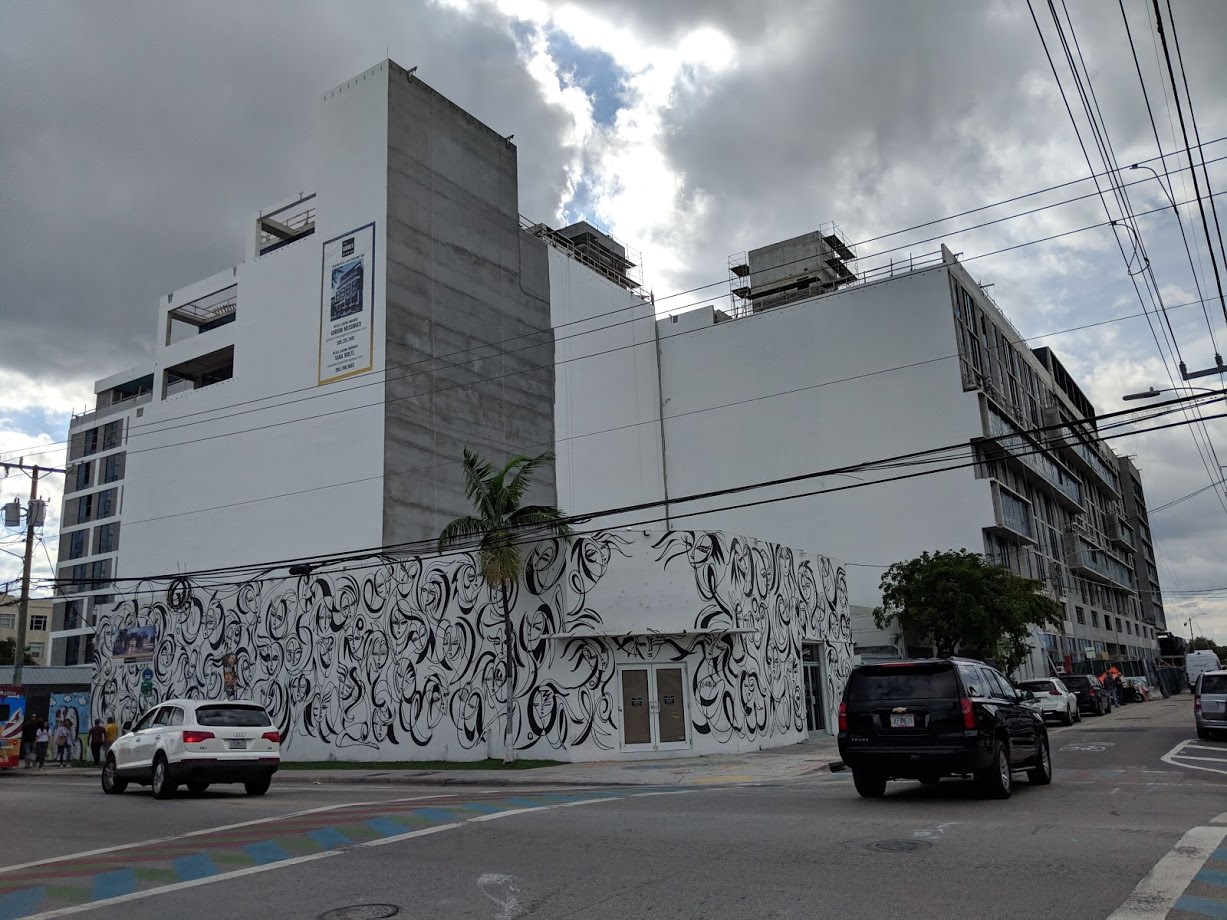 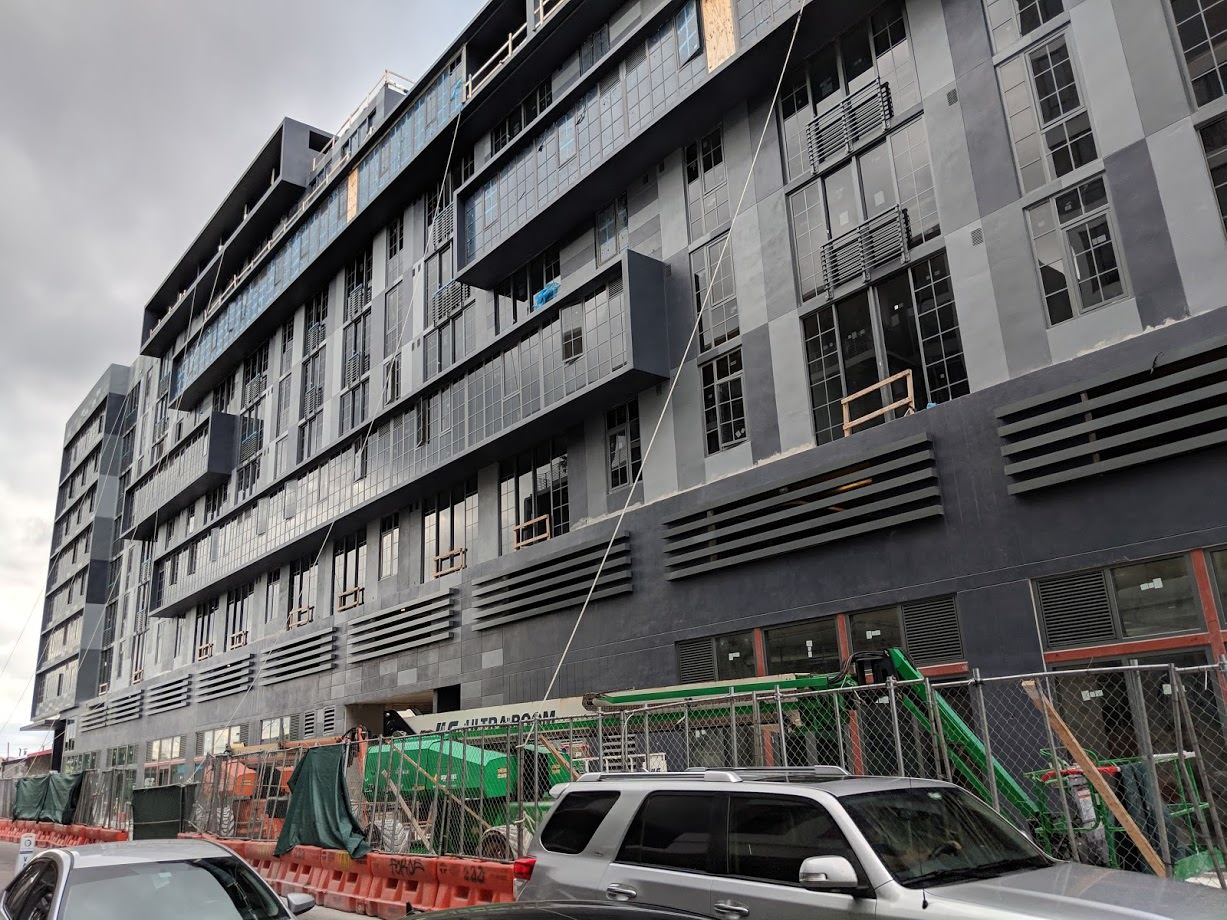 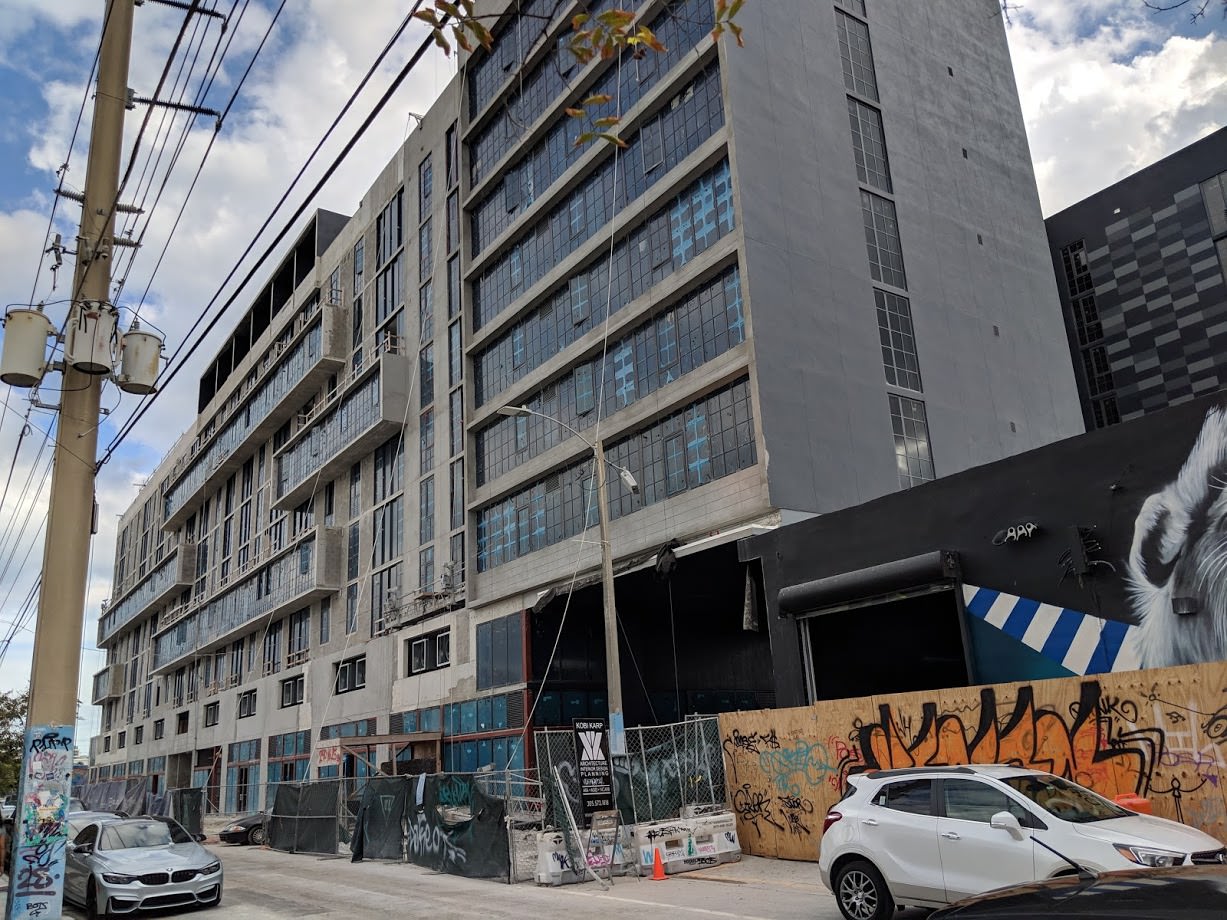 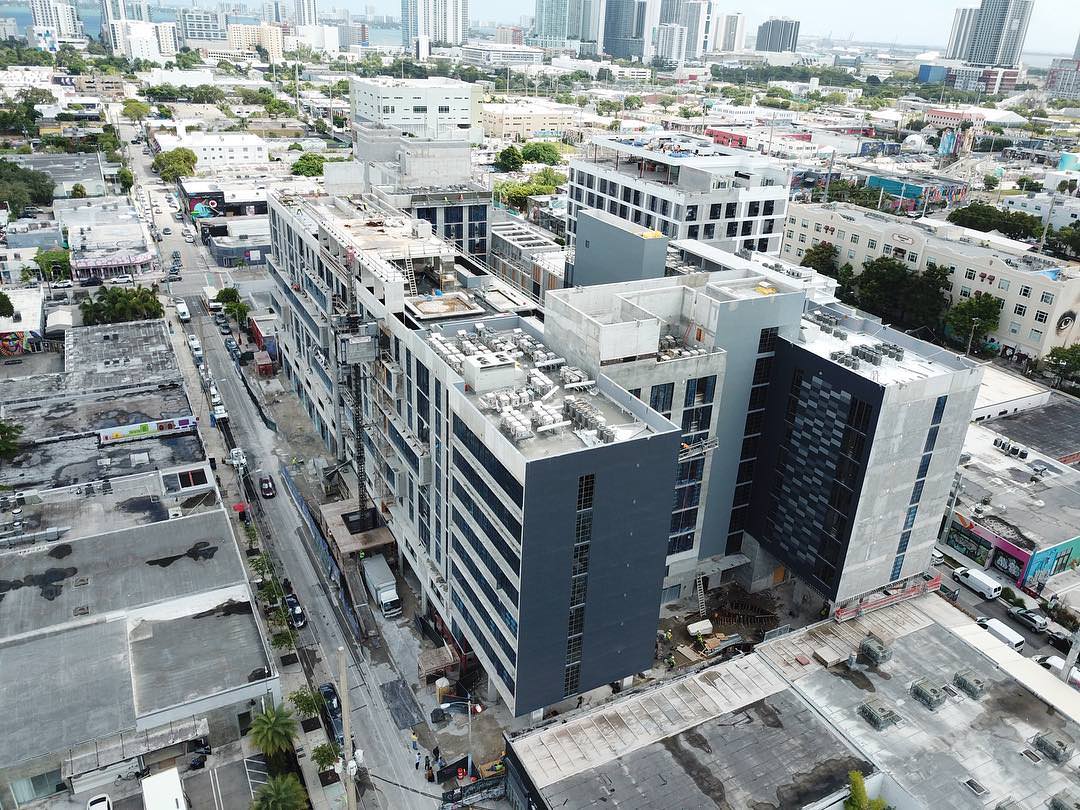 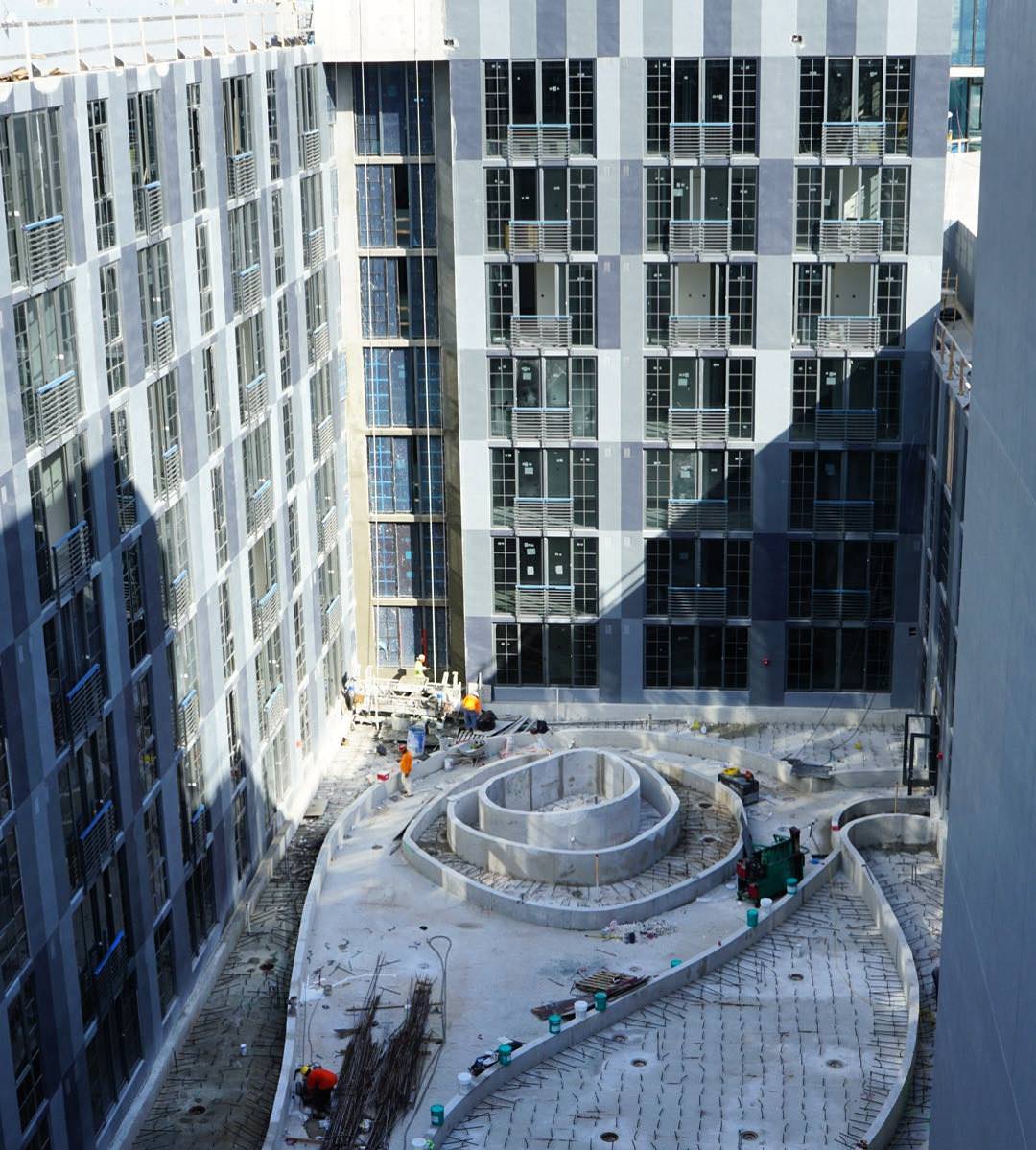