The developers of Apeiron have obtained $21 million in financing to cover engineering, architecture, planning and other costs.

Apeiron will be built in two phases. The first phase includes a 41-story with hotel and condo units, along with a parking garage. A second phase will include 120 condo units in a tower of an unspecified height.

(Miami, December 23, 2015) – Miami luxury residential and hotel development Apeiron at the Jockey Club took an important step forward recently, as Toronto-based mortgage lender Romspen committed $21 million in financing for Phase One of the project. The injection of capital for the bay front tower, wellness facility and adjoining deep-water marina comes as project plans move through Miami-Dade County’s permitting process following their submission to officials in mid-August.

Apeiron, which means “without limits” in Greek, will breathe new life into the famed Jockey Club at 11111 Biscayne Boulevard. The expansive bayside property enjoyed its heyday in the 1970s as one of the city’s go-to social and nightlife destinations. The luxury Apeiron at the Jockey Club development will help restore the Club’s past prominence with concierge living that includes: 240 serviced residential units ranging from 2,700 SF to more than 4,500 SF; a 90-key boutique hotel; a new 38-slip, deep-water yacht marina; a five-acre indoor/outdoor health and wellness facility; tennis courts; and outdoor pools. Phase One includes enhancements to all common areas, the marina, and the first tower – which will include 120 serviced-residences and the hotel. Phase Two will be the second tower, which will house 120 additional serviced-residences.

“We are thrilled that Romspen has chosen to back Apeiron, and appreciate the confidence that they have placed in both our project and our leadership team,” said Muayad “Mo” Abbas, a founding partner with the development team behind Apeiron at the Jockey Club. “Step by step, we are laying the groundwork for what will be a phenomenal luxury development in an untouched corner of the Miami market.”

The project is led by a world-class team that brings more than a century of combined design, architecture, development and hospitality experience on projects in every region of the globe. The development team includes: Ritz-Carlton Group co-founder and former President Horst Schulze, who later founded and now leads the ultra-luxury Capella Hotel Group; Michael Bedner, co-founder and former Chairman of HBA International, the world’s largest hospitality design firm; and Abbas, who is founder and managing partner of Urbanis Advisors, and former Vice President of the Related Group’s international arm, Related International.

Based in Toronto, Canada, Romspen Investment Corporation manages one of the largest non-bank commercial lending platforms in Canada. The company oversees a real estate mortgage portfolio exceeding $1.5 billion in value and has a 49-year track record of smart lending and consistent returns. Romspen’s portfolio has grown beyond the Canadian market to include lending for commercial and industrial developments in the U.S.

“Romspen takes a conservative approach to commercial lending and only enters into business agreements with highly-qualified partners who have a demonstrable record of success in property development,” said Wes Roitman, Managing General Partner of Romspen. “The Apeiron team more than meets those standards and we are confident that this will be a productive partnership.”

The financing agreement between Romspen and Apeiron at the Jockey Club was facilitated by New Jersey-based Silver Arch Capital and the Miami offices of Newmark Grubb Knight Frank (NGKF), one of the world’s leading commercial real estate advisory firms. 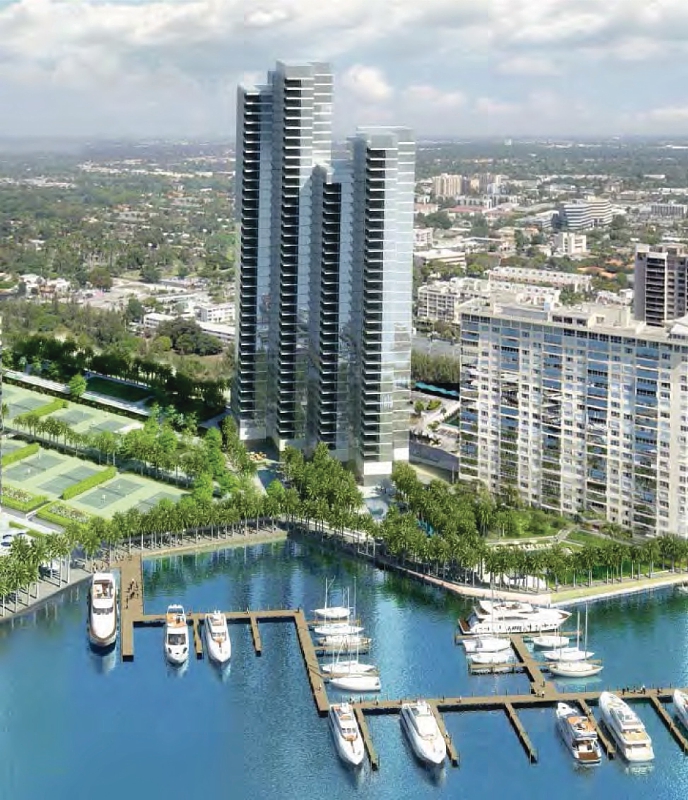