Brazilian developer Galwan has been taking steps to begin construction on a 44-story Wyndham Hotel across from Mary Brickell Village.

As of last week, the lot has been mostly cleared. It was previously used as a staging area for another nearby construction project.

On October 18, a construction permit was filed for with the city, with Amicon listed as the qualifying contractor. No review of the permit has yet taken place by any city officials.

According to the filing, the new tower will rise 44 stories or 464 feet, and include 445 rooms. Construction cost is estimated at $80 million.

In December, a water and sewer agreement was signed with Miami Dade County’s utilities department.

According to the utilities agreement, the project will include 445 rooms and 11,389 square feet of retail. 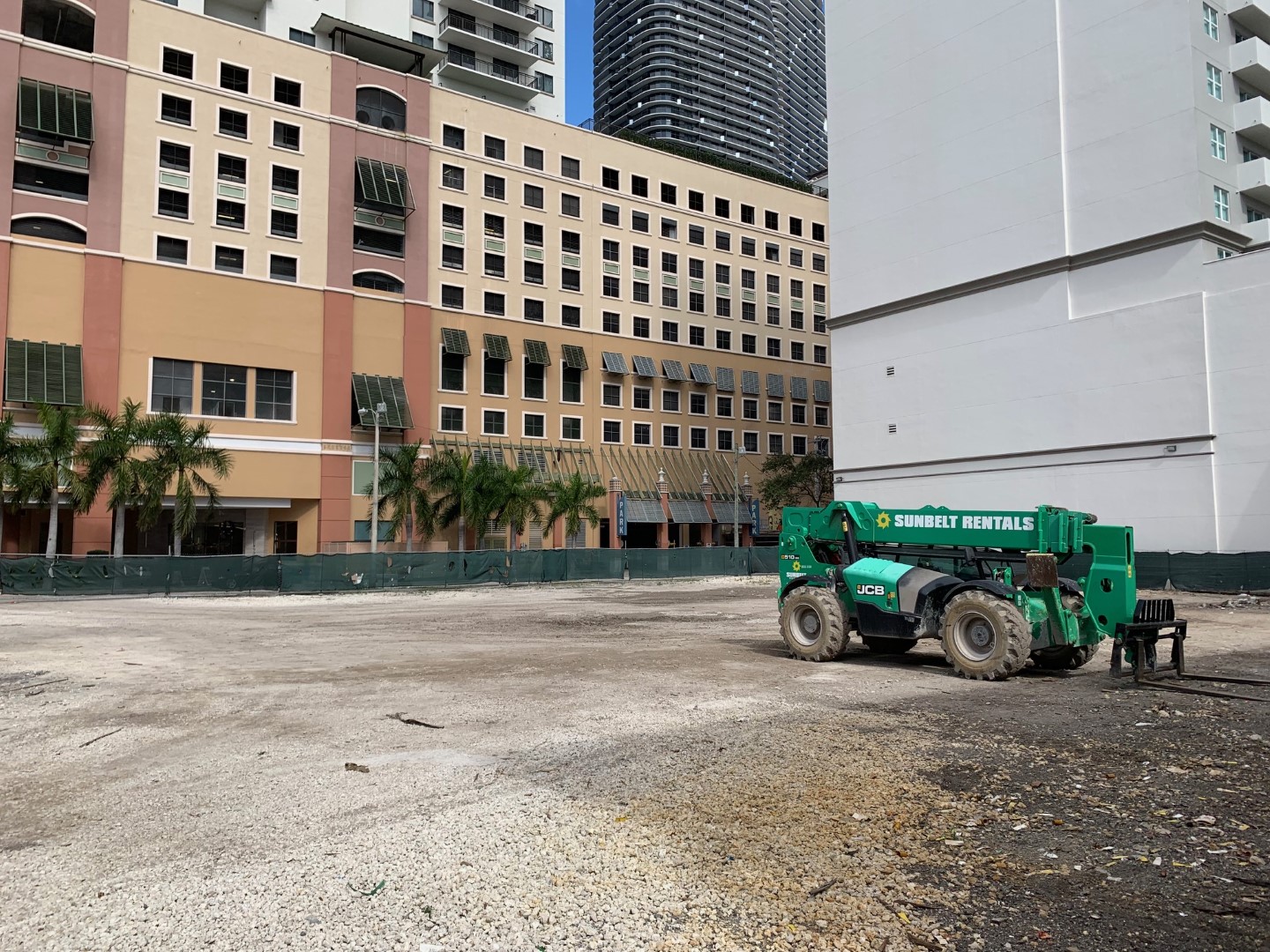