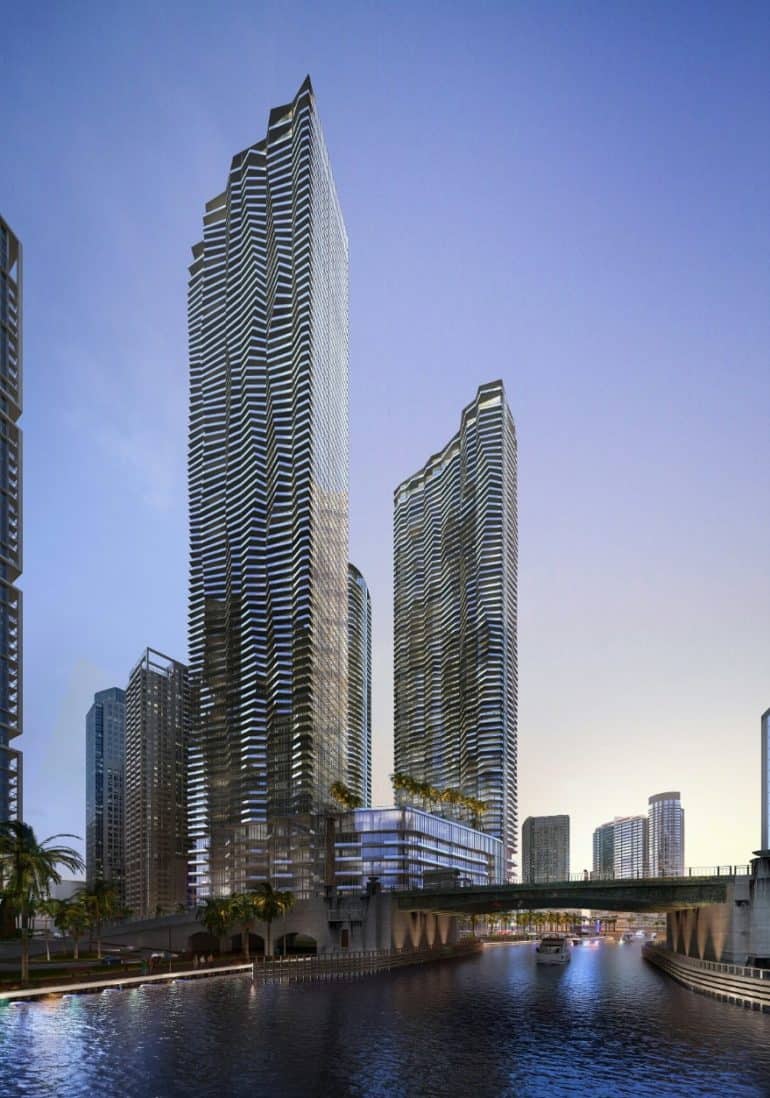 Jon Paul Perez has been named the new president of Related Group – and the massive development 444 Brickell project will be among the first that he oversees.

Perez is now working with Related executives on the first of three towers in the development, according to a statement released by the developer today.

Demolition of a 4-story, 188,895 square foot office building on the site at 77 SE 5 ST was approved by the city in May, with a Notice of Commencement filed in June (the taller office building closer to Brickell Avenue will remain for now).

The project will include upscale residential, a five-star hotel, office space, retail and boat dockage, according to the Related website.

Jon Paul will take over as president in November following more than a year of planning, Related said. He joined the firm in 2012.

He has personally overseen Related’s expansion into Wynwood neighborhood and the development of Residences by Armani/Casa in Sunny Isles. His initiatives include partnering with Livly to build a completely digital rental experience, and rolling out a Related Living smartphone app across the firm’s condo and rental portfolio.

His father Jorge, who founded the firm, will remain as Chairman & CEO.

Jon Paul is also now working on some of the largest affordable housing developments in the country in Brickell, Miami River and Liberty City, the statement said.