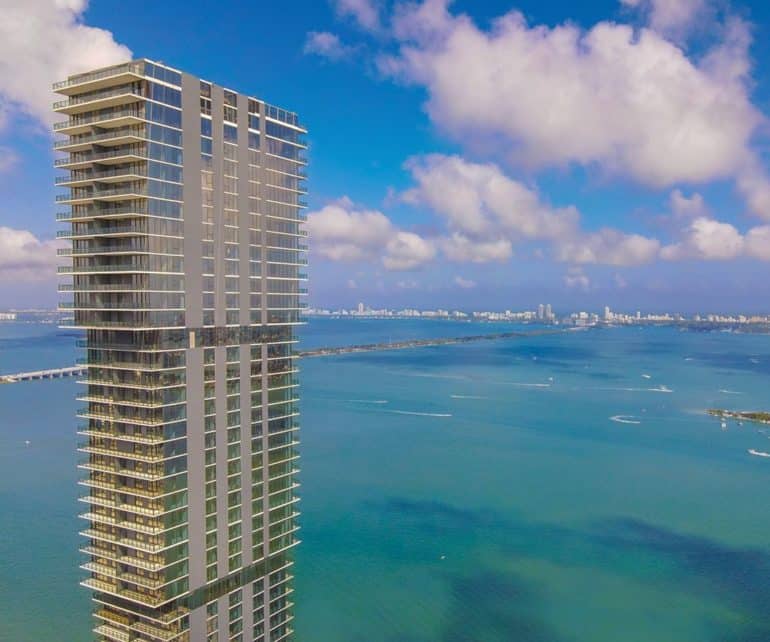 The tower rises rises 649 feet above sea level, making it the tallest building in Edgewater. That is also the maximum height permitted in the neighborhood under current aviation rules.

The building itself is wider at the top than the base, and is described in marketing material as being “telescoping.” It was designed by Arquitectonica.

Despite being so tall, there are just 100 condos in the entire building. Each unit spans either a half floor or an entire floor.

As of April, the building was more than 90 percent sold amid a surge in buying interest, the developer said at the time.

Resales in the building appear to be priced near $1,000 per square foot.

Units feature gas cooktops, Italkraft cabinetry, and Subzero and Wolf appliances. There are three levels of amenity space for residents. 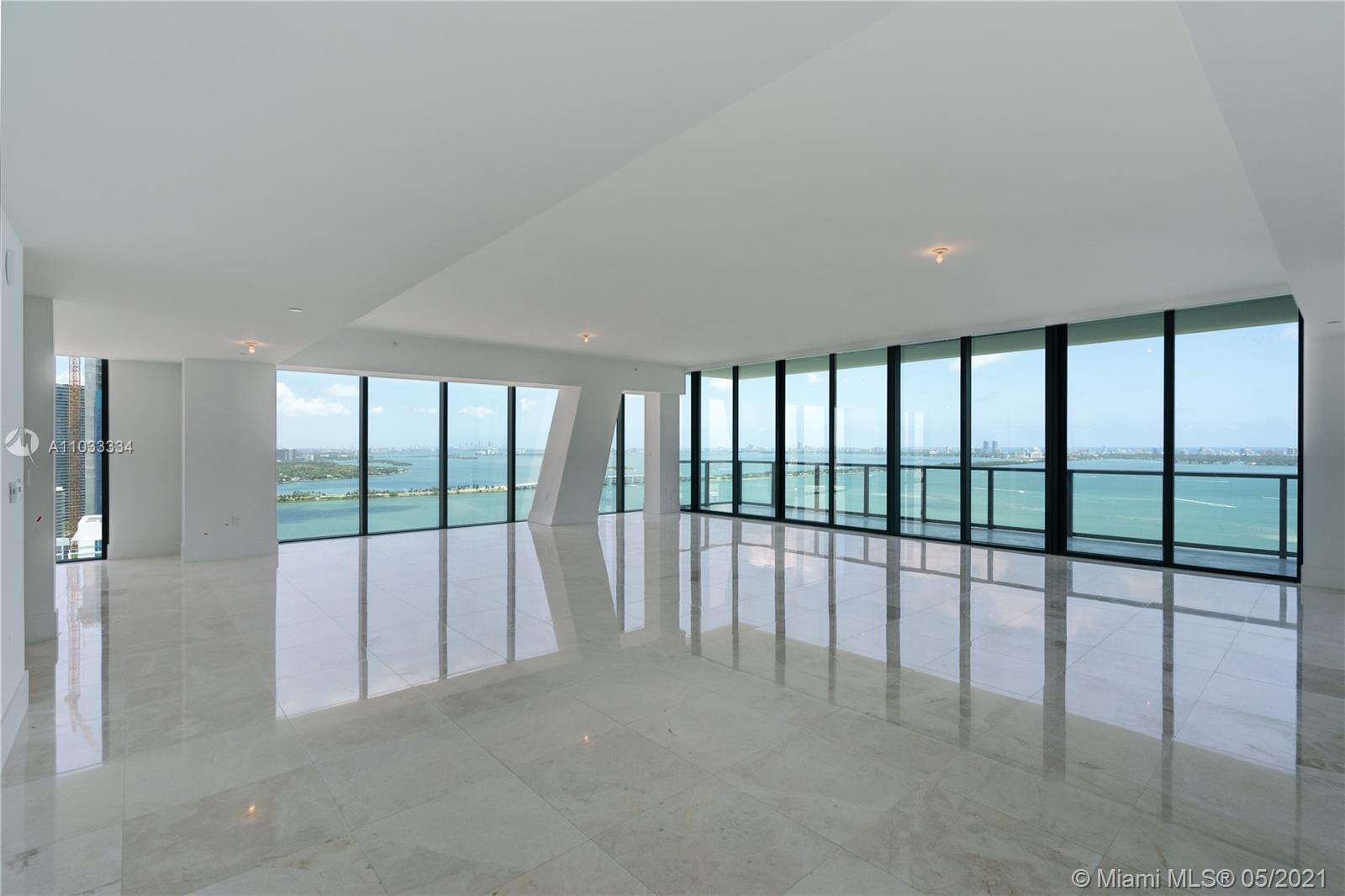 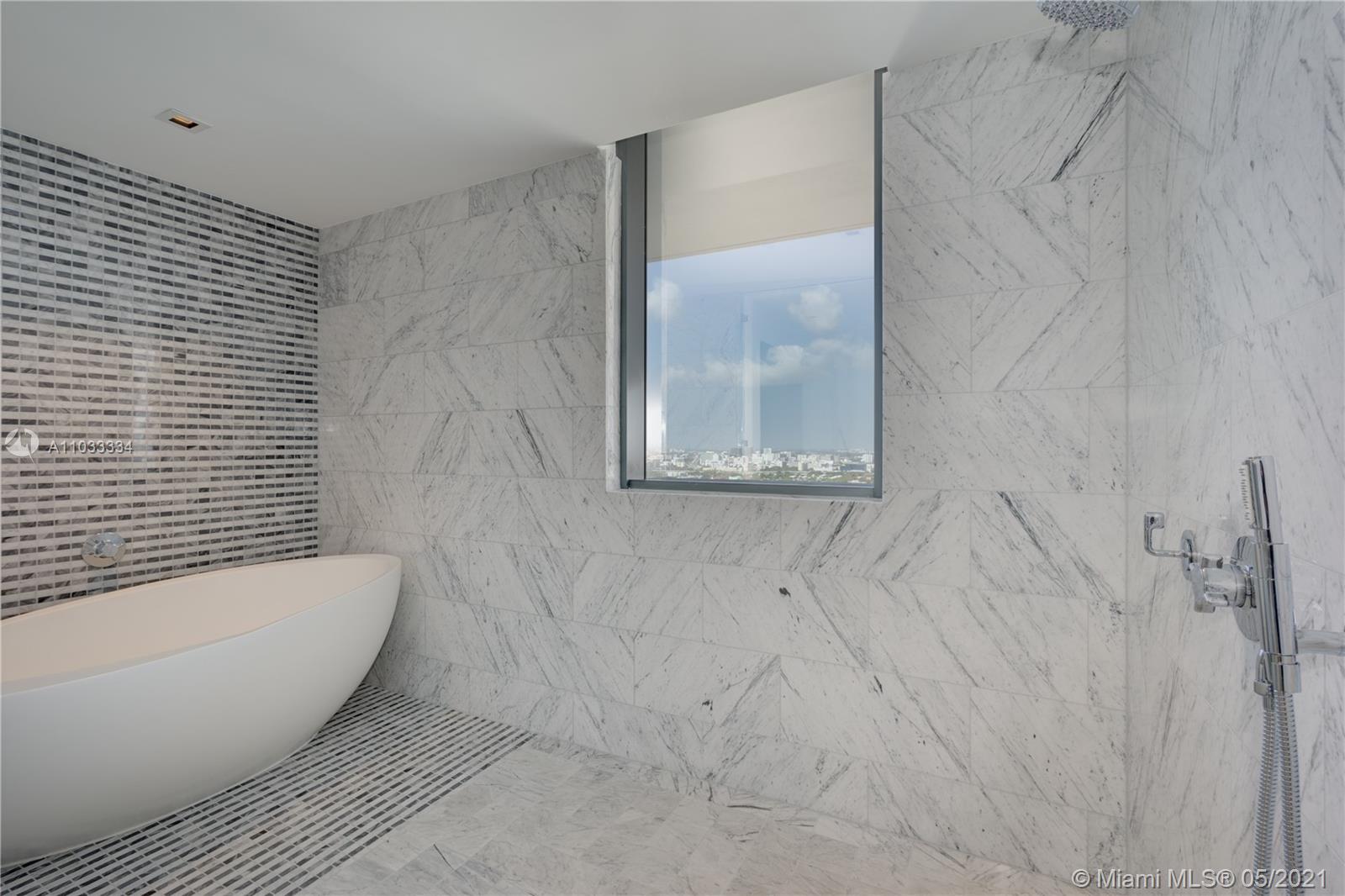 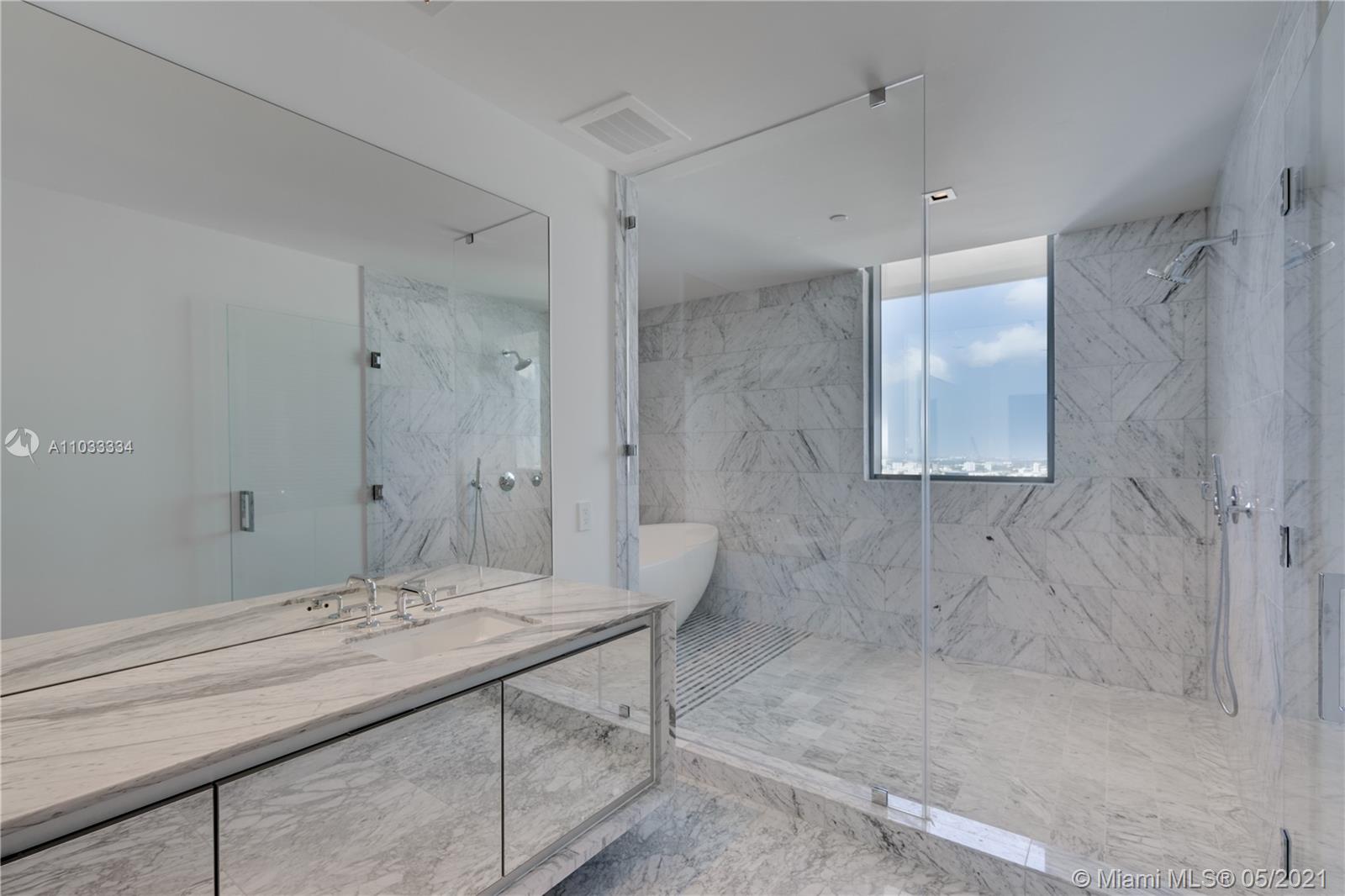 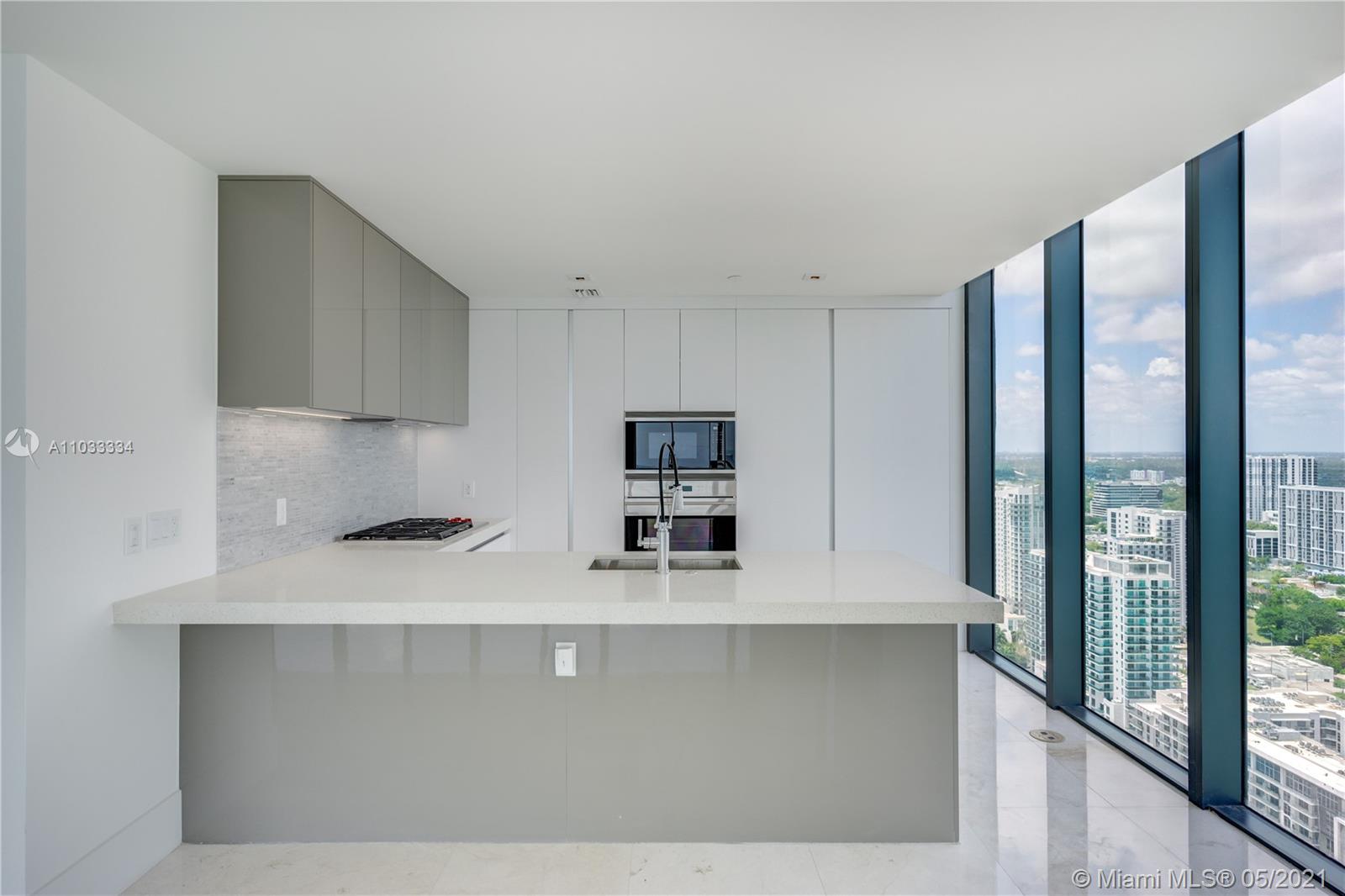 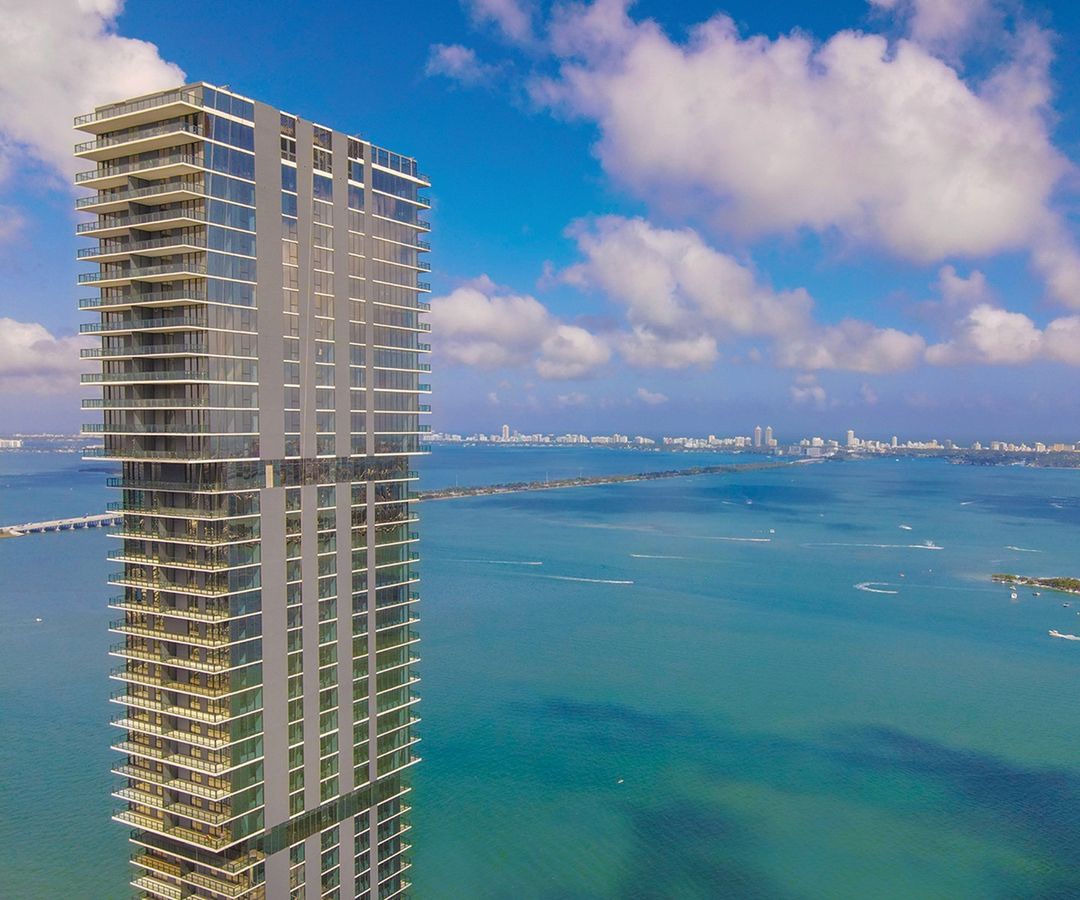