58-Story The Edge On Brickell Gets Zoning Approval

Miami’s office of Planing and Zoning has granted waivers needed under the Miami 21 zoning code to build The Edge On Brickell.

The project is planned for a narrow riverfront lot, on a road which Brickell City Centre owner Swire Properties plans to rebuild to make more pedestrian friendly.

Last year, the developers submitted plans that included 198 hotel rooms, 70 residential units, and a 122 space parking garage. Also included were restaurants at the ground floor and rooftop levels, along with a riverwalk.

Brick Group is the developer, with Kobi Karp the architect. 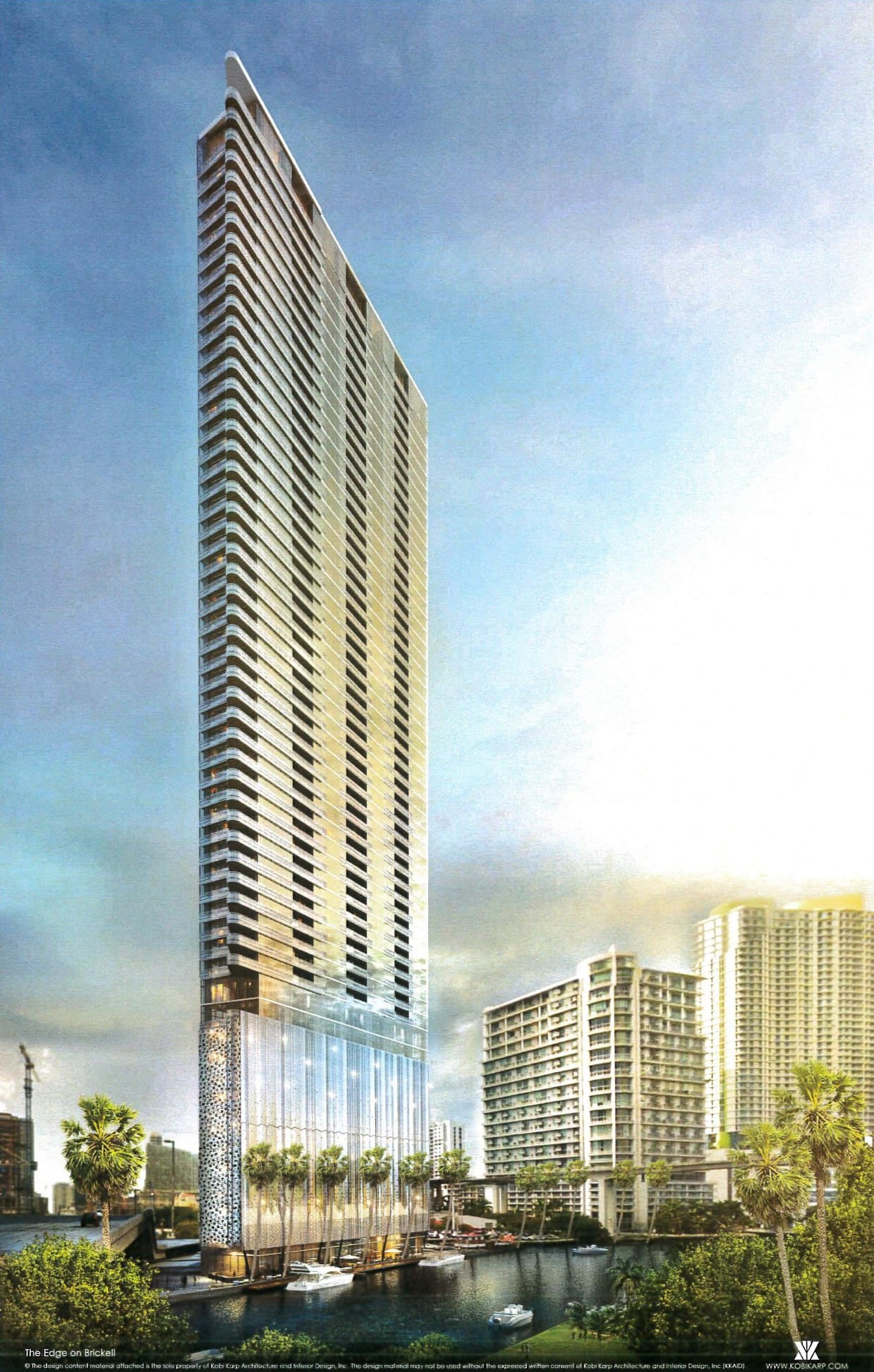 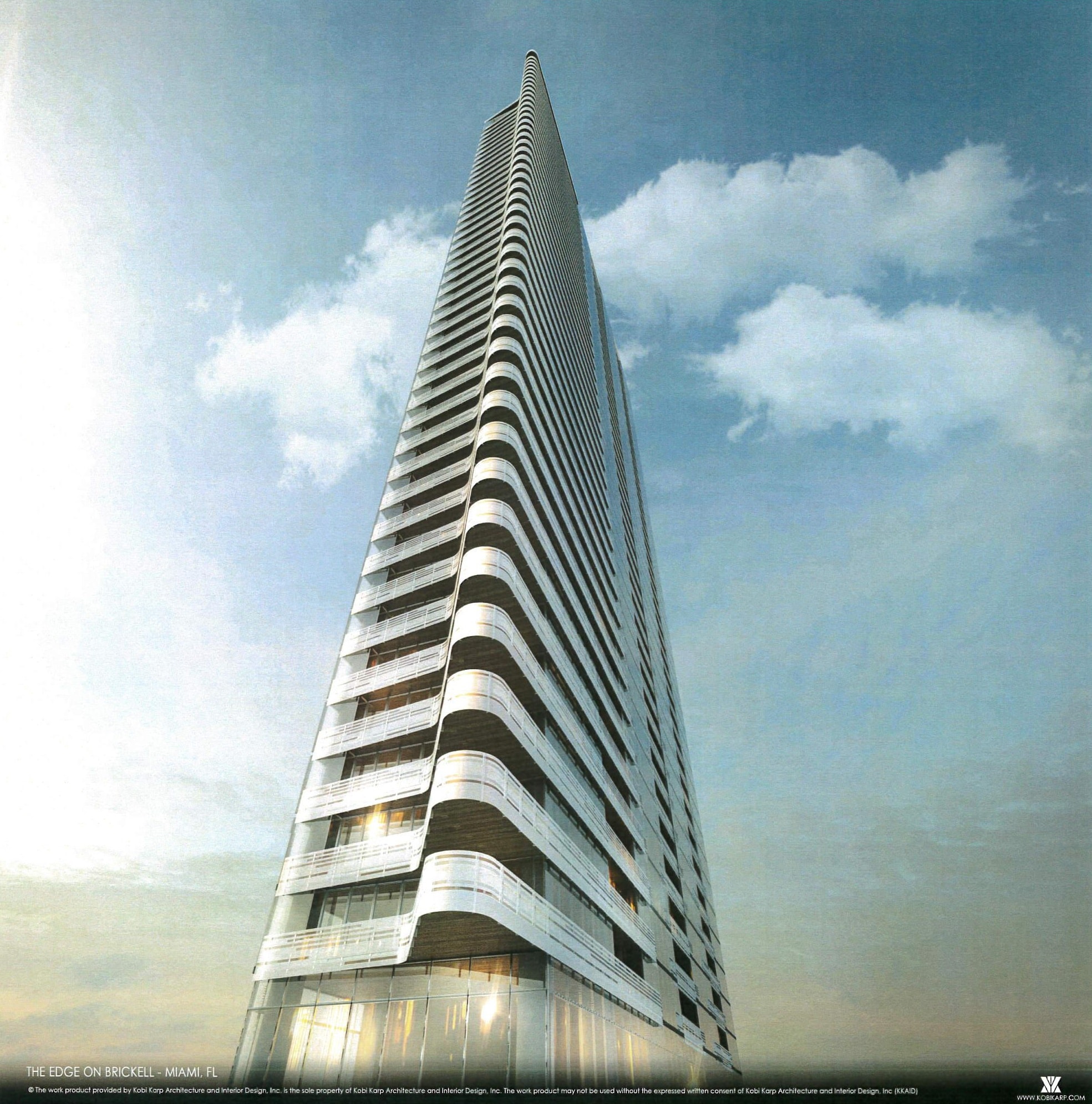 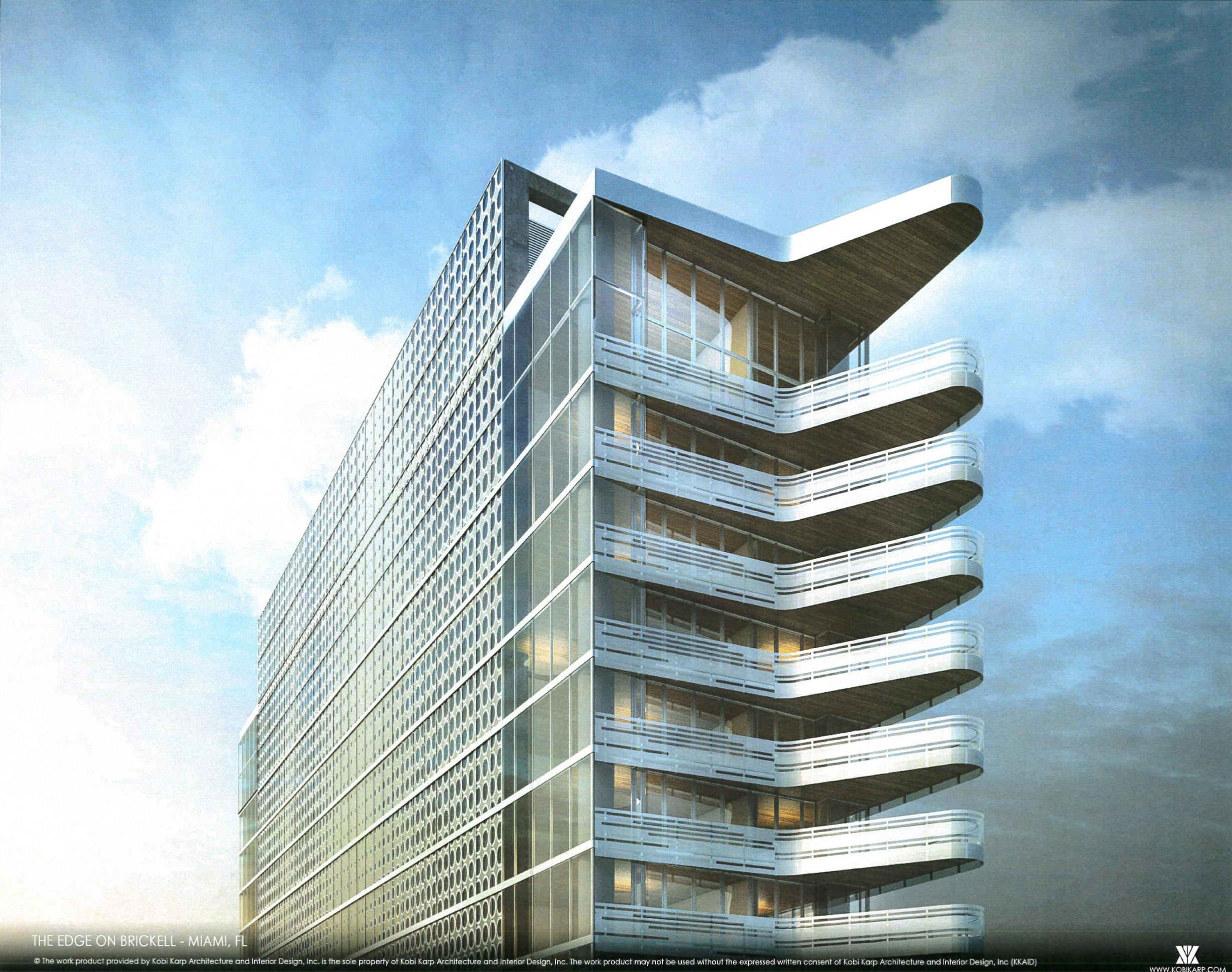 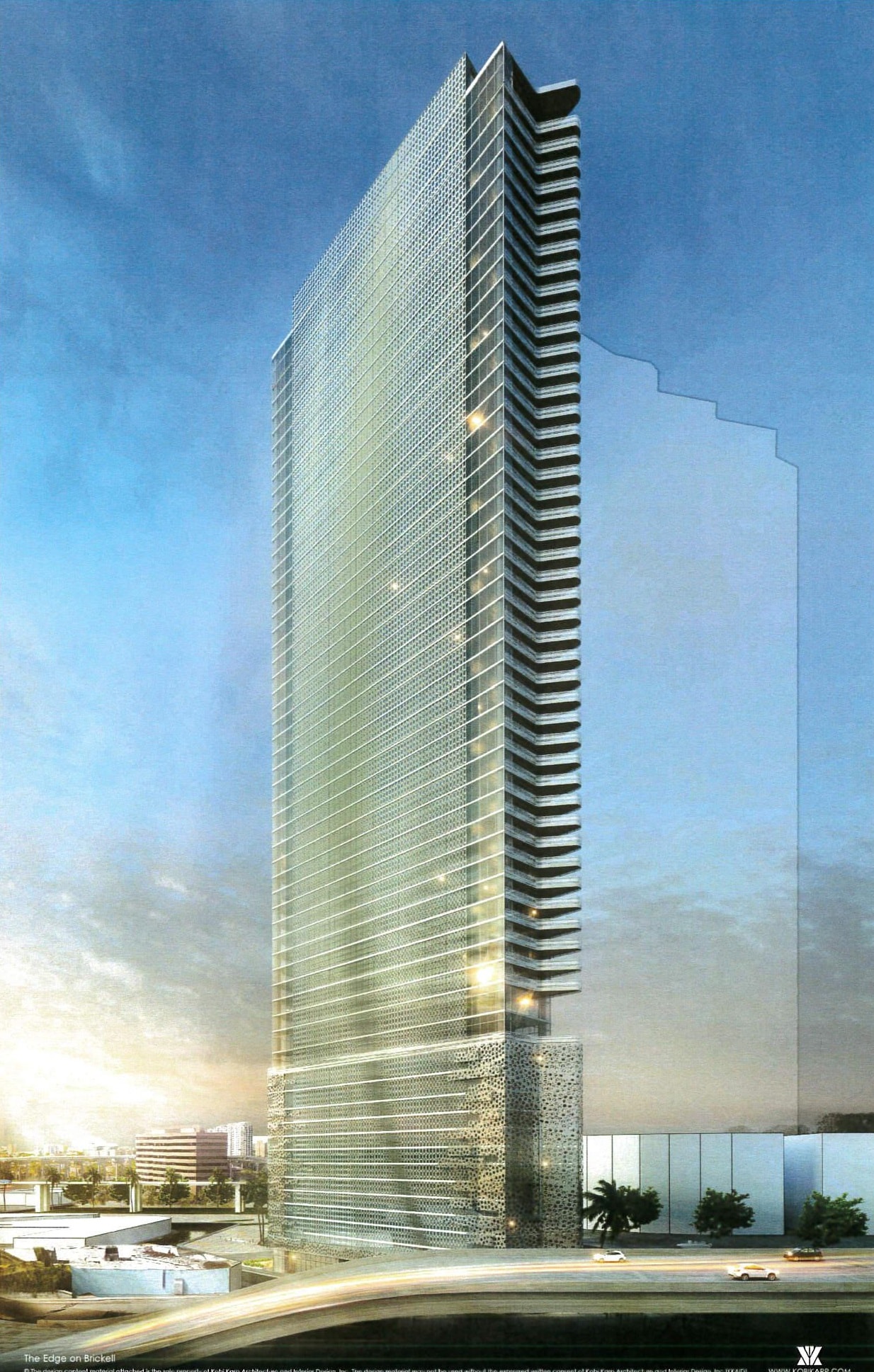 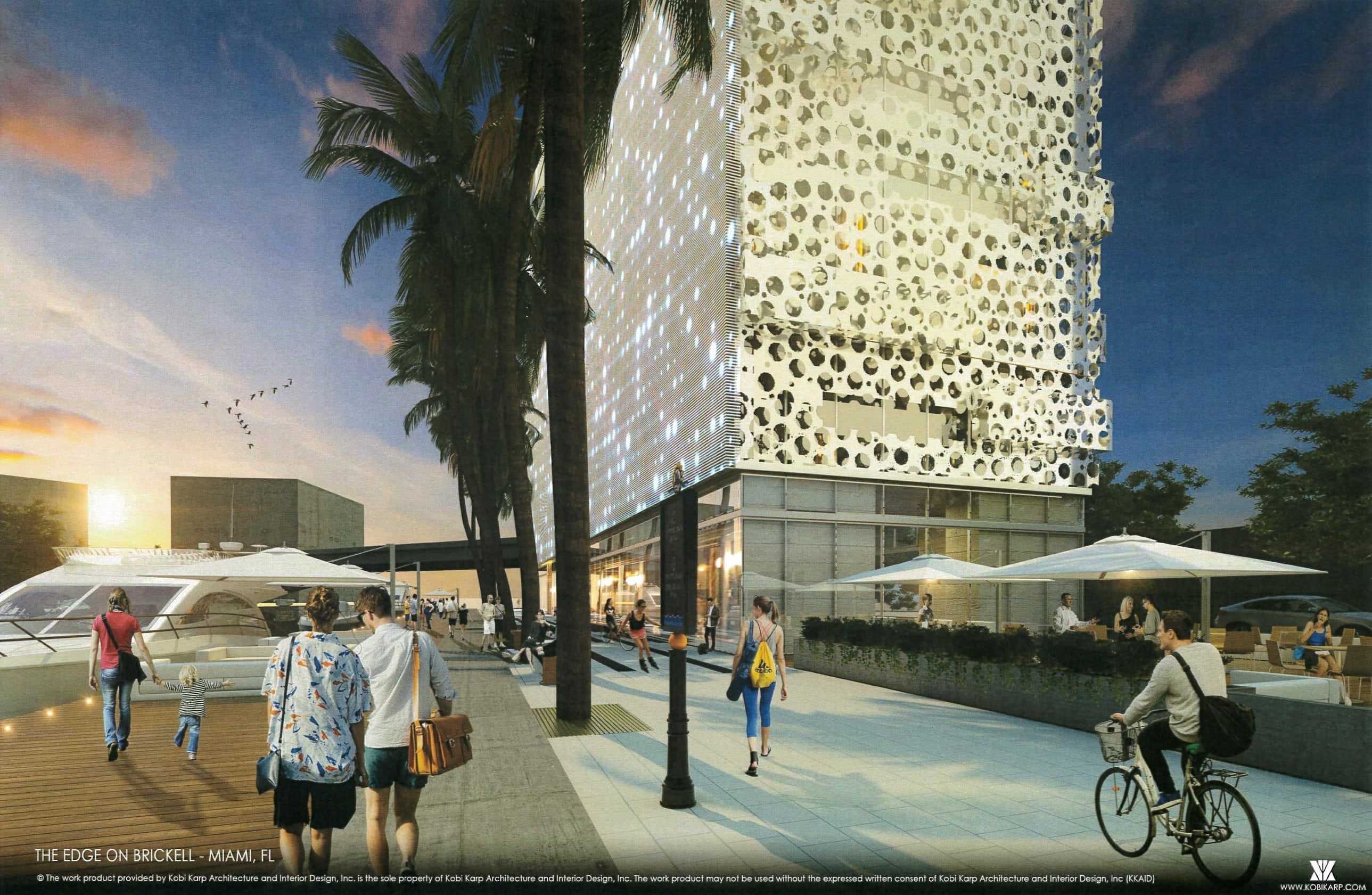 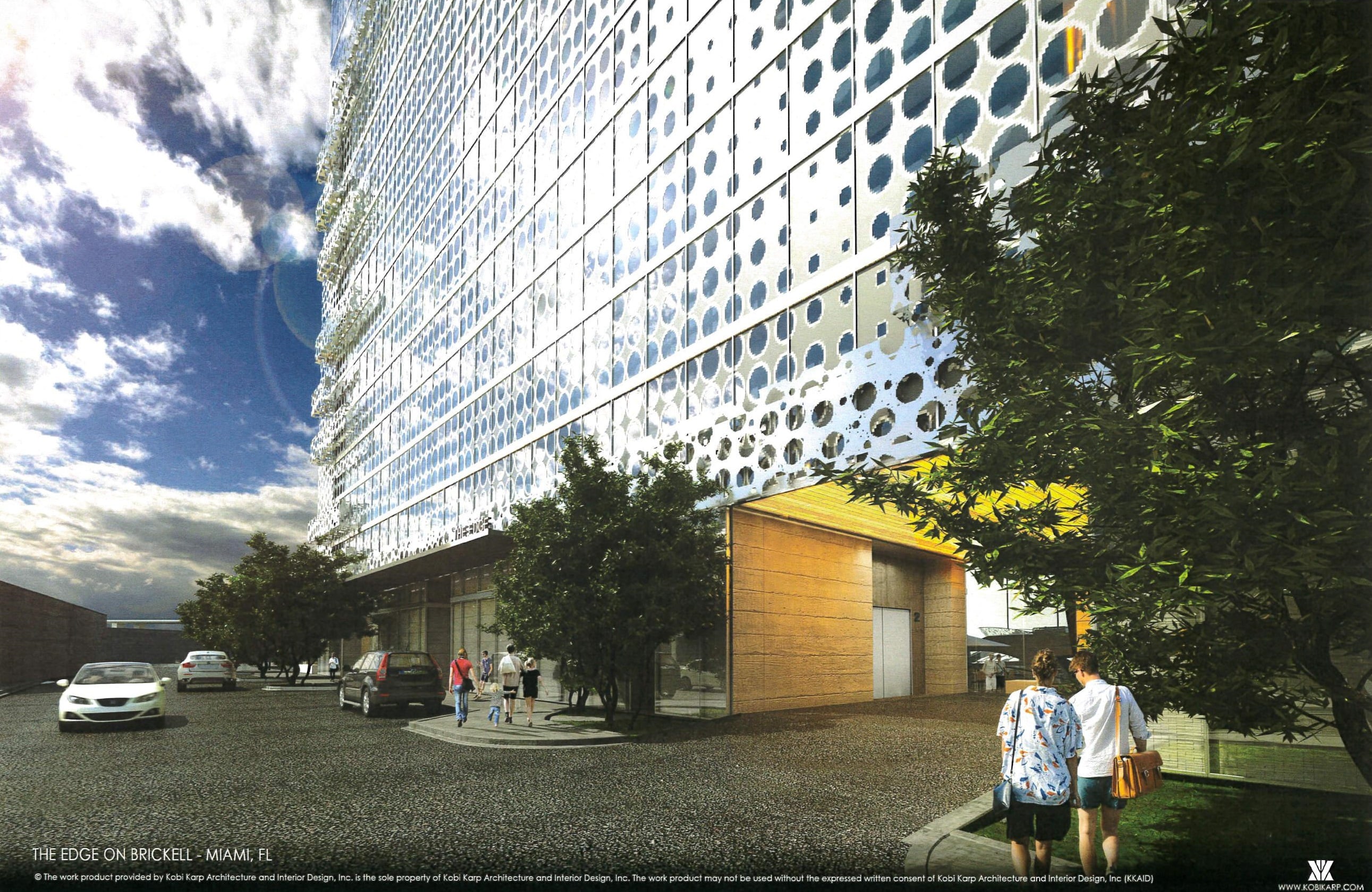