Construction on the 61-story Yacht Club at Brickell can move forward, a court ruled last month.

The project will include a 751-foot residential tower with 572 apartments at 1111 Brickell Bay Drive, to be developed by NYSE-listed Aimco.

Miami’s Planning & Zoning Department approve the project in 2017, but Florida East Coast Realty affiliate TWJ 1101 LLC filed a lawsuit challenging that approval. TWJ was in the process of developing Panorama Tower across the street, and some views could have been blocked by the proposed Yacht Club tower.

The case was eventually sent to an appeals court, which ruled in favor of the City of Miami last month.

Also included in the project will be new retail, a parking garage, and redevelopment of the existing 32-story Yacht Club At Brickell.

In December, Panorama Tower representatives told The Next Miami that over half the apartments in the 821-unit building had already been leased, just six months after opening. 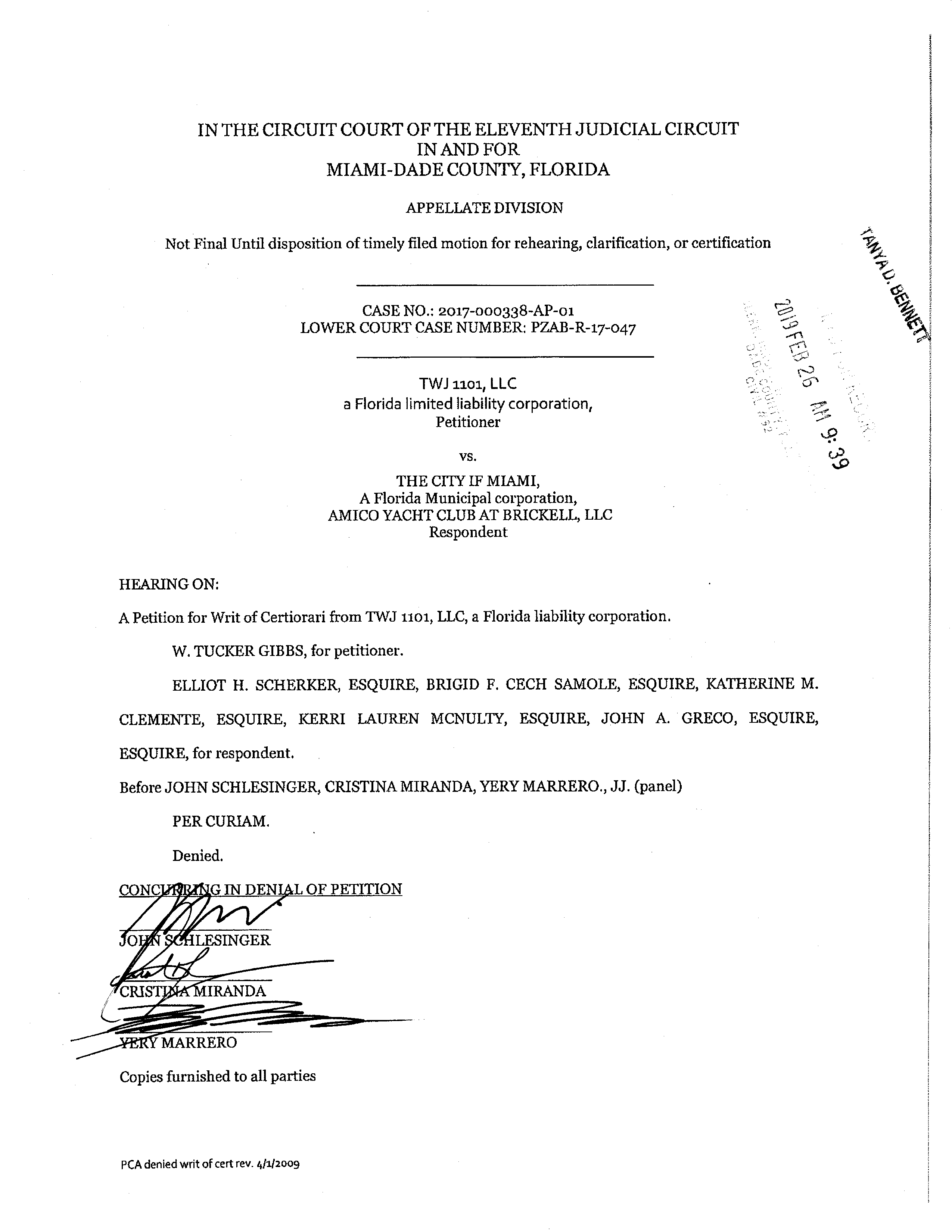