A moving light scheme appears to have been activated at the under-construction 60-story Paramount Miami Worldcenter for the first time last night.

Promotional pre-construction videos had shown an active lighting system on the western facade of the tower, facing the NAP of the Americas across the street.

As of last night, the system appeared to have been only partially activated and still under testing.

Last week, the developer told CBS-4 that 85% of condos in the $600m building have been sold, with completion expected in the next two quarters.

A skyport for flying cars is being built at the top of the tower.

Elkus Manfredi is the architect.

The lights as seen at 5 AM this morning: 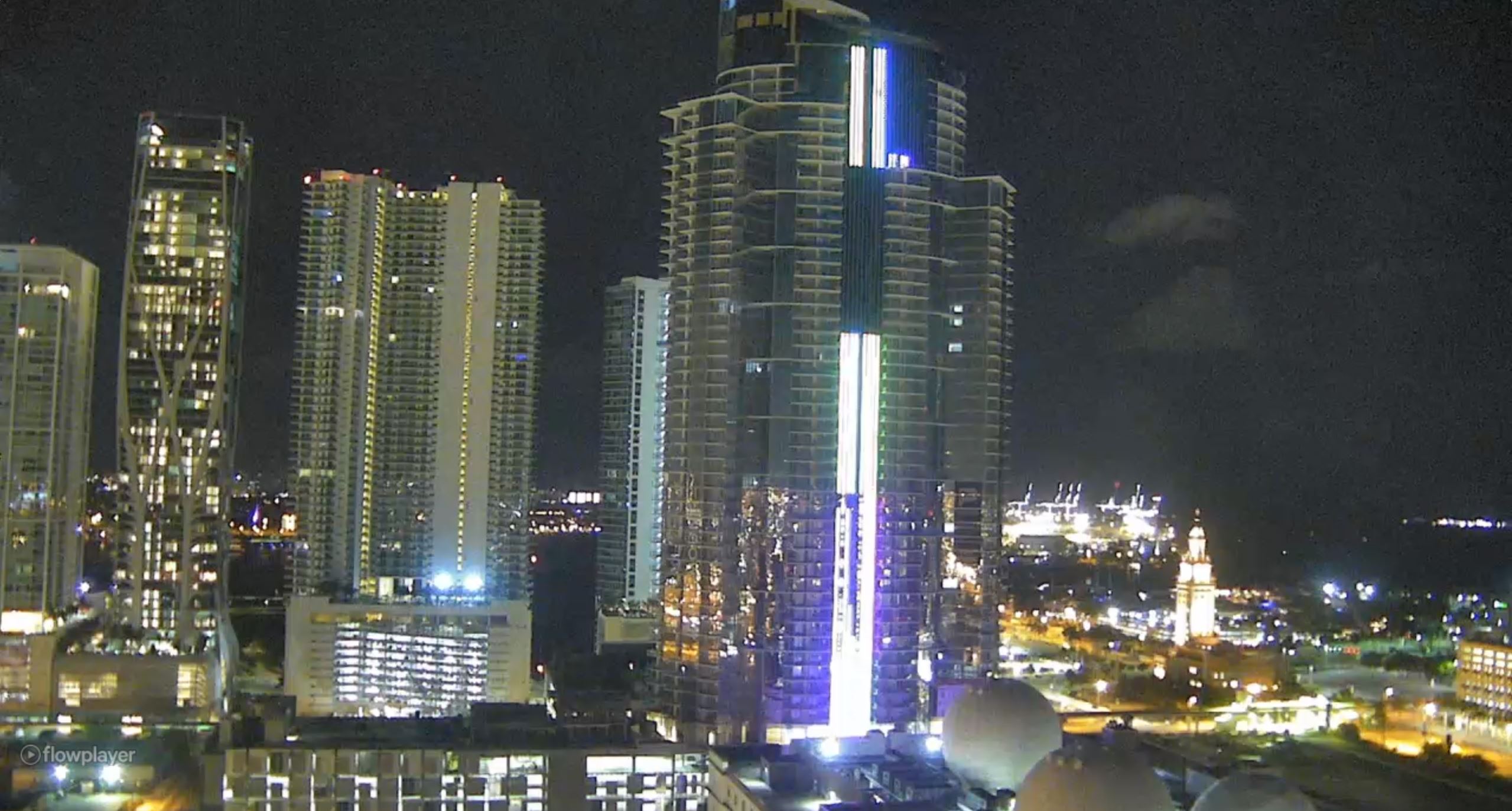