Contractors have been given the green light to begin construction on the Signature Bridge project, with a Notice To Proceed issued by FDOT yesterday.

The highlight of the project is the bridge design called the “Fountain,” which includes six sweeping arches that FDOT says will redefine Miami’s skyline.

Miami’s first double-deck highway will also be built on State Road 836, from NW 17th Avenue past the I-95 Interchange.

Underneath the bridge, a 55-acre park called Heritage Trail will be created, with the bridge itself to be elevated to allow in more sunlight.

Other improvements include an additional lane on 836. The 836 eastbound ramp to I-95 north, which has been a traffic choke point for decades, will finally be getting another lane.

The project will take four years to complete, according to FDOT spokesperson Tish Burgher. An updated schedule is not yet available. 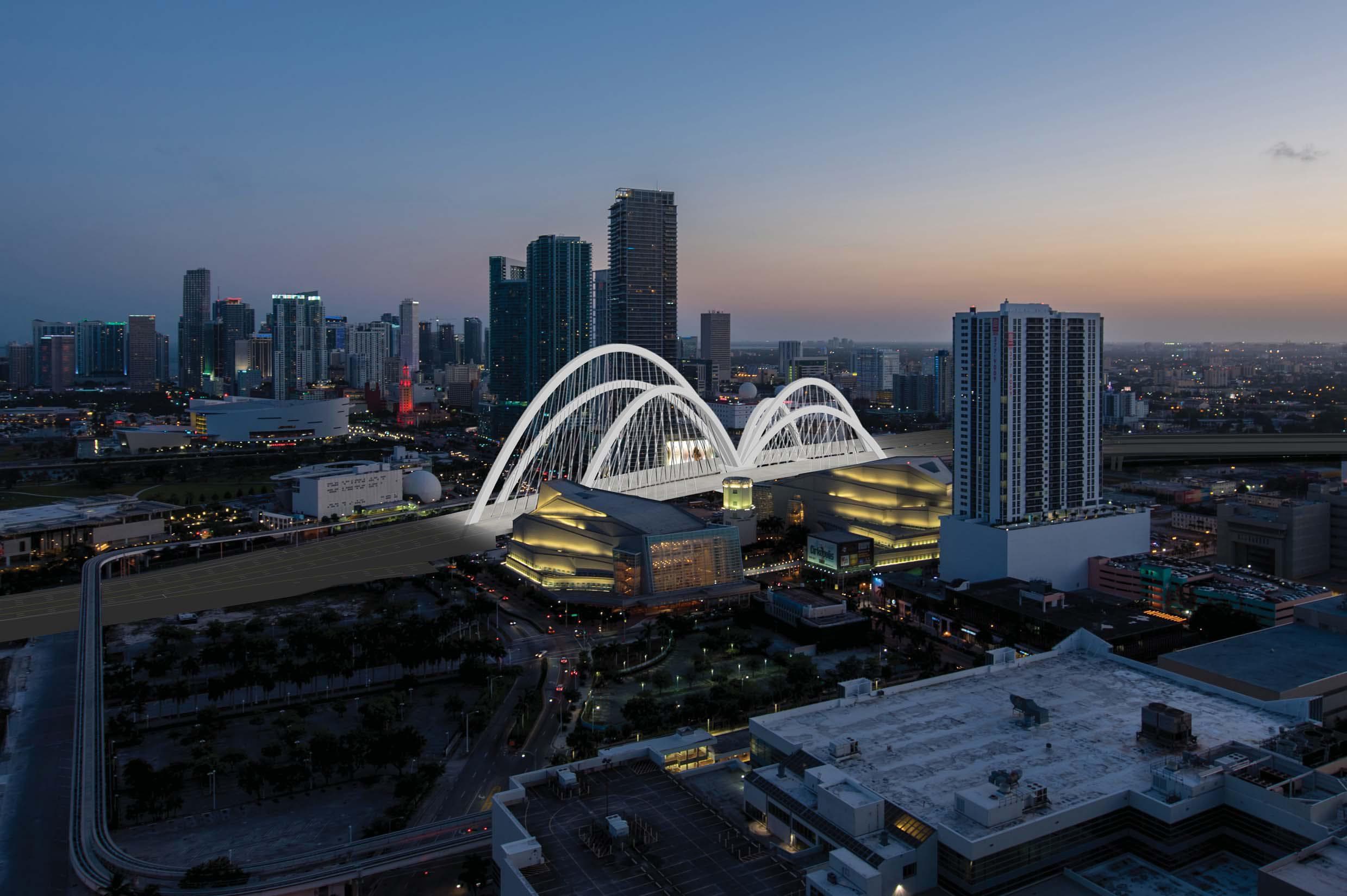