I-95 Express Lanes Are Funneling Millions From Miami To Tallahassee

What happens to the millions of dollars that Miami commuters spend on those I-95 Express lanes, also known as Lexus Lanes? They are sent to Tallahassee, of course.

The lanes are generating millions in revenue every month, and the number continues to rise as Miami grows. In the recent month for which statistics are available (July 2017), they generated $2.8 million in tolls, or over $30 million annualized.

A small portion of the revenue funds commuter bus service from Miami to Broward. FDOT also needs to cover bonds used to pay the contractor that converted the existing public highway lanes into tolled lanes, at a cost of hundreds of millions.

The rest of the money is used to fund maintenance and repair of Florida’s highways. To sell the project, FDOT deceptively promised that the funds would be spent within the Miami district (of course since that cash is fungible, money is being diverted elsewhere in the state).

Earlier this year, one state lawmaker proposed that the tolls be removed after the bonds were paid off (that proposal didn’t move forward). Some local politicians have also suggested bonding the revenue to pay for mass transit. 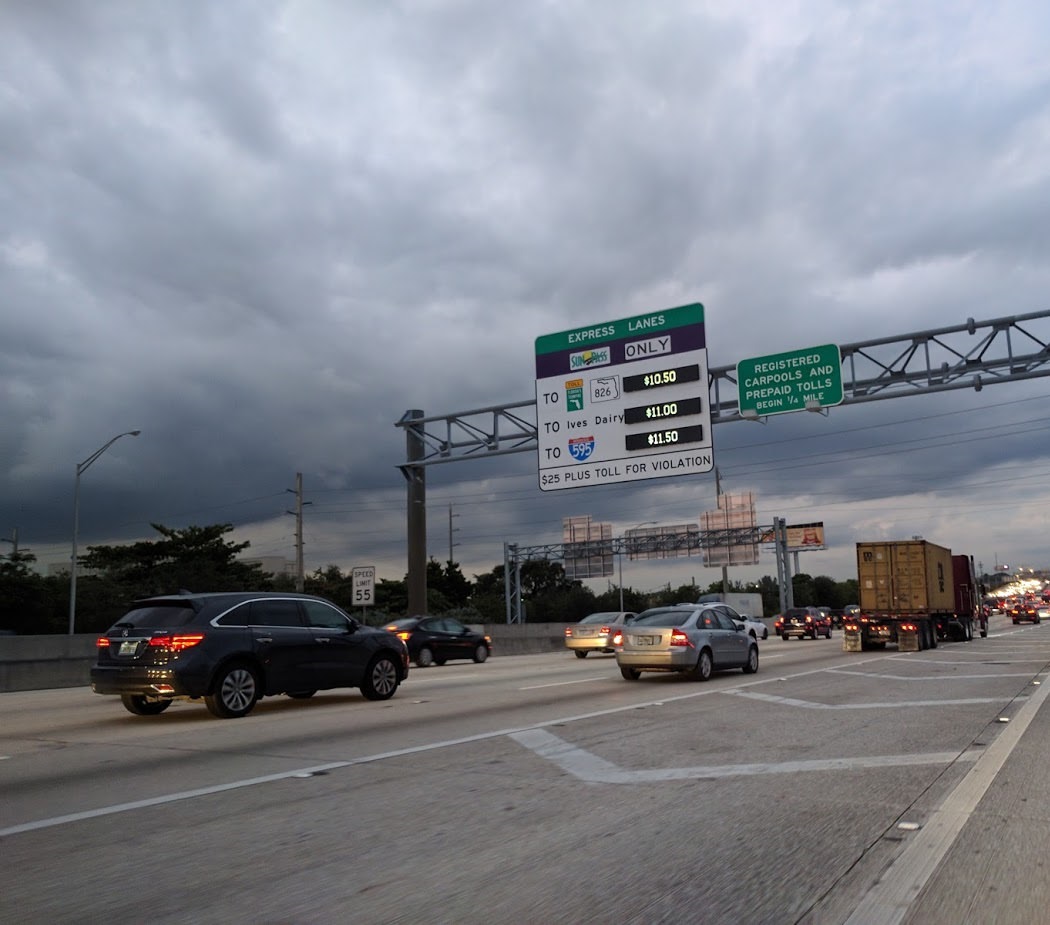