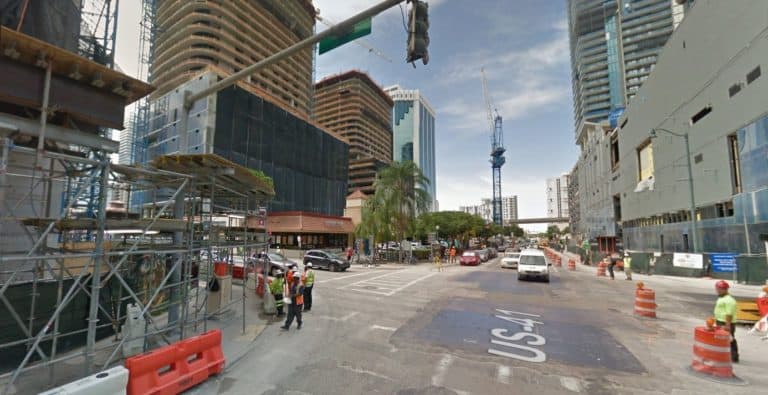 960-Foot Tower Across From Brickell City Centre Has A Name: Brickell Market Place

The tower that could replace Brickell’s Burger King is named Brickell Market Place, according to a new filing by the developer.

If approved by the FAA, the tower will rise 954 feet above ground, or 960 feet above sea level. The proposal reached interim status with the FAA this week.

Brickell Market Place lists Grace Dillon, a project manager at Claro Development, as a contact for the project.