A Waterfront ‘Restaurant Row’ Is Planned On The Miami River, With Up To 7 Restaurants

The Miami River will soon be activated in a formerly desolate area, thanks to newly unveiled plans from a project that is already under construction.

River Landing, which broke ground in March 2017, will include a Restaurant Row facing the Miami River, the developers announced this week.

A total of 25,500 square feet is being leased as restaurant space on the ground floor facing a new riverfront green area and walkway. Up to 7 restaurants will divide the space, with the developers open to a range of options from fine dining to fast casual.

“During the planning process, we met with neighbors and city officials. Everyone agreed that the area was starving for well-positioned concept restaurants on the water,” said Andrew Hellinger, a principal with Coral Gables-based UrbanX Group. Hellinger is a co-developer of the project, along with partner Coralee Penabad.

It will become one of the few waterfront Restaurant Rows in all of South Florida, the developers say. It also benefits from being in a densely populated area where thousands of residential units are under construction or recently completed, and is easily accessible via water, highway, and mass transit.

Update: BC Architects is the project architect. Jonathan Cardello of Stantec was the original designer.

Savino & Miller Design Studio is the landscape architect for the project, including design of the linear park and other public spaces. 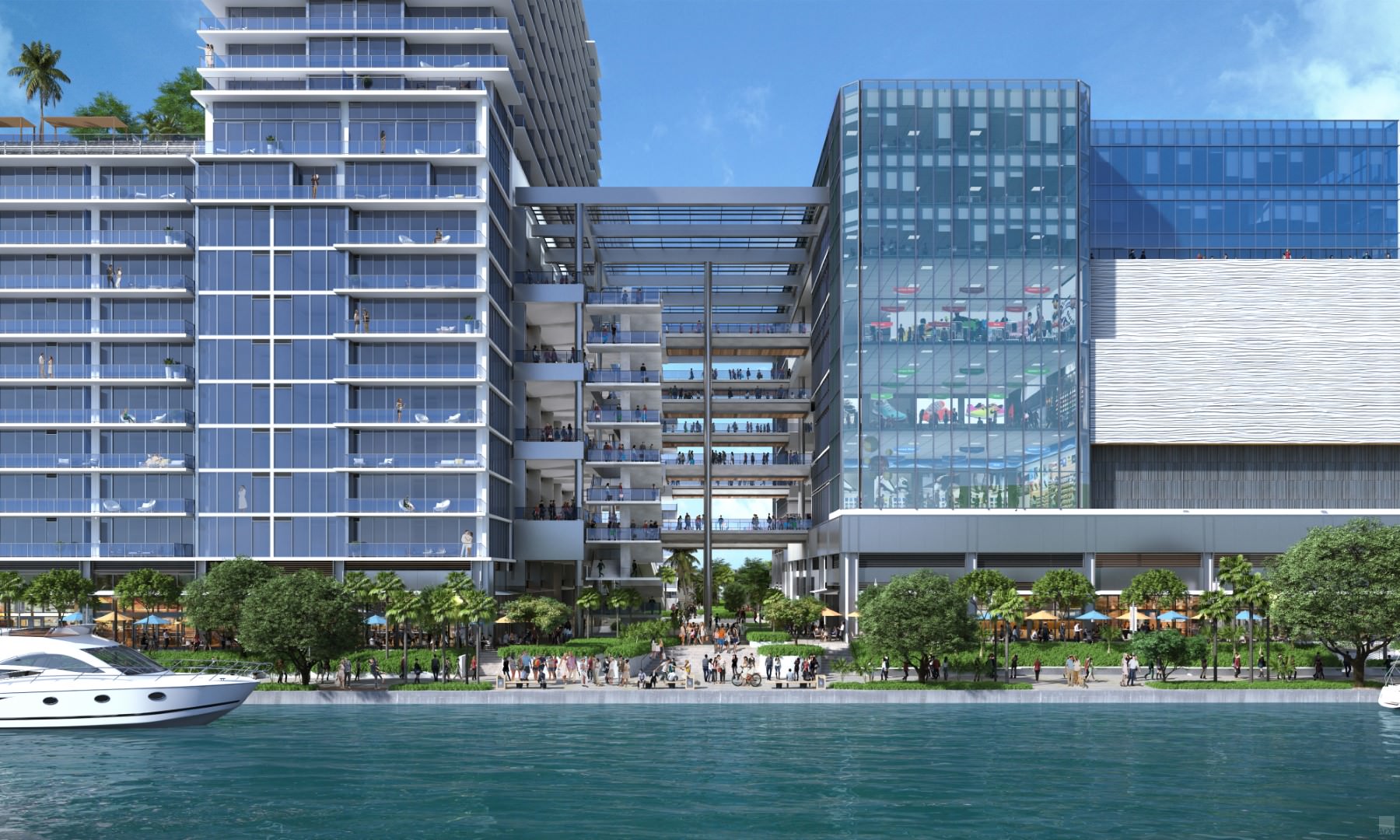