All Aboard Florida Building ‘Wall’ Separating Overtown From Park West

These photos (taken in March) show construction of All Aboard Florida’s elevated train tracks in Overtown, which some are calling a wall separating the neighborhood from Park West.

By elevating the tracks, the company is eliminating the need for street closures. Overtown activists had protested a plan to close a street, and the elevated tracks were offered as a concession.

Metrorail also runs nearby and is built with piers instead of walls (but it has just two tracks). 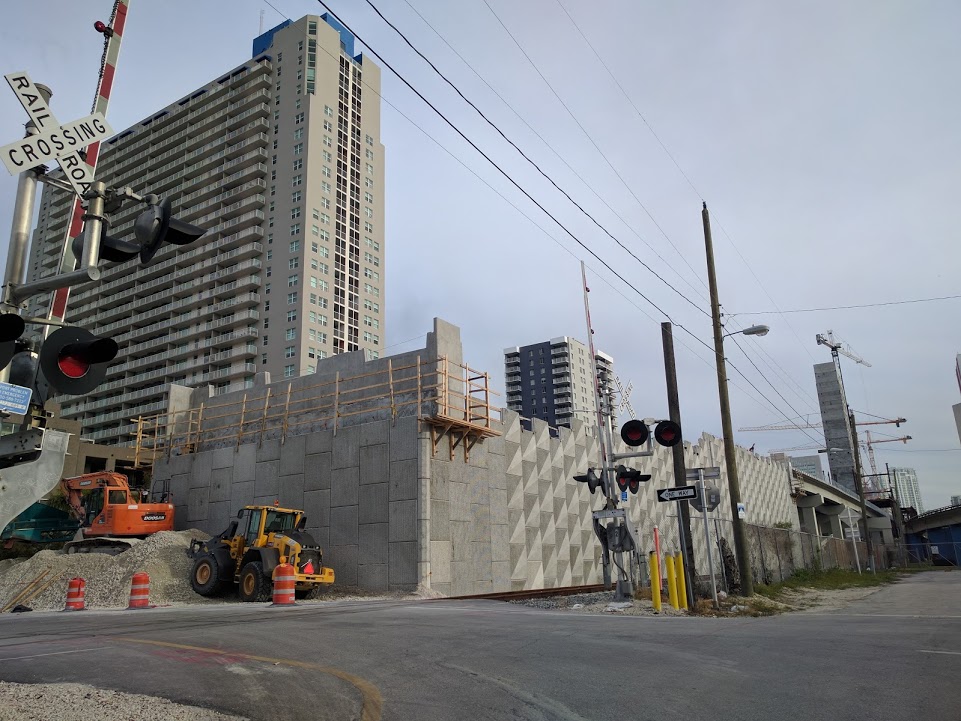 The walls were already graffiti covered, even during construction: 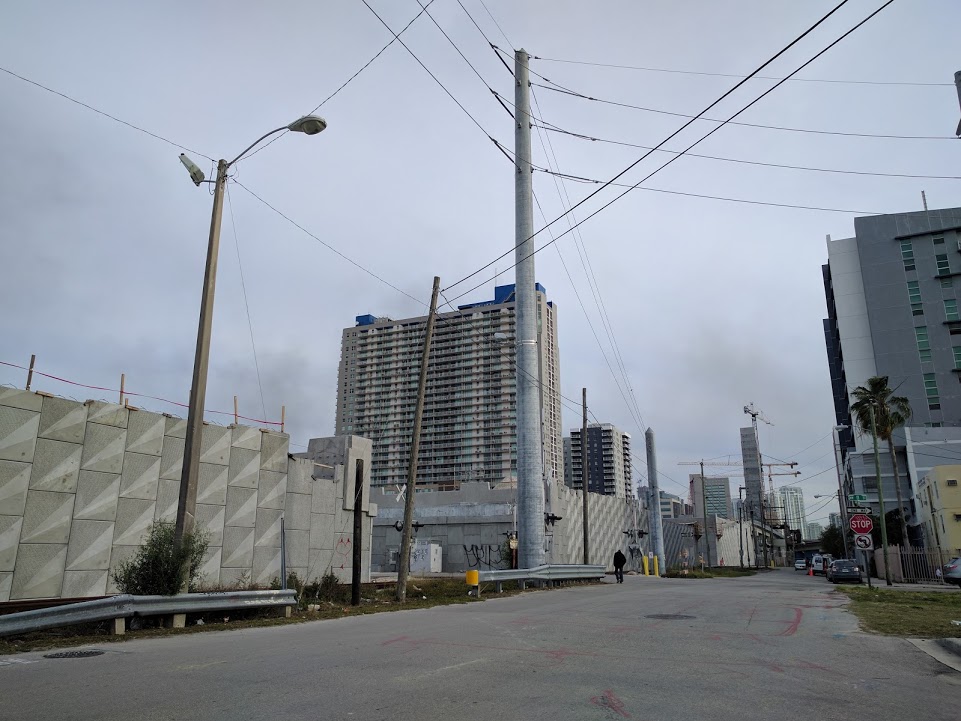 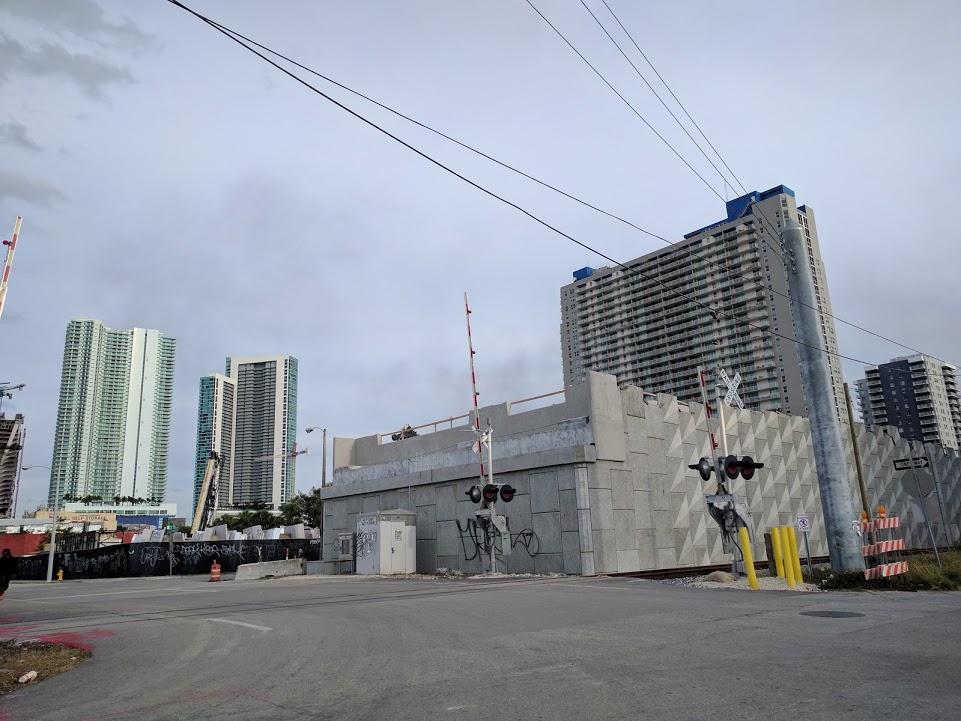 It begins just after I-395, where the Signature Bridge is planned: 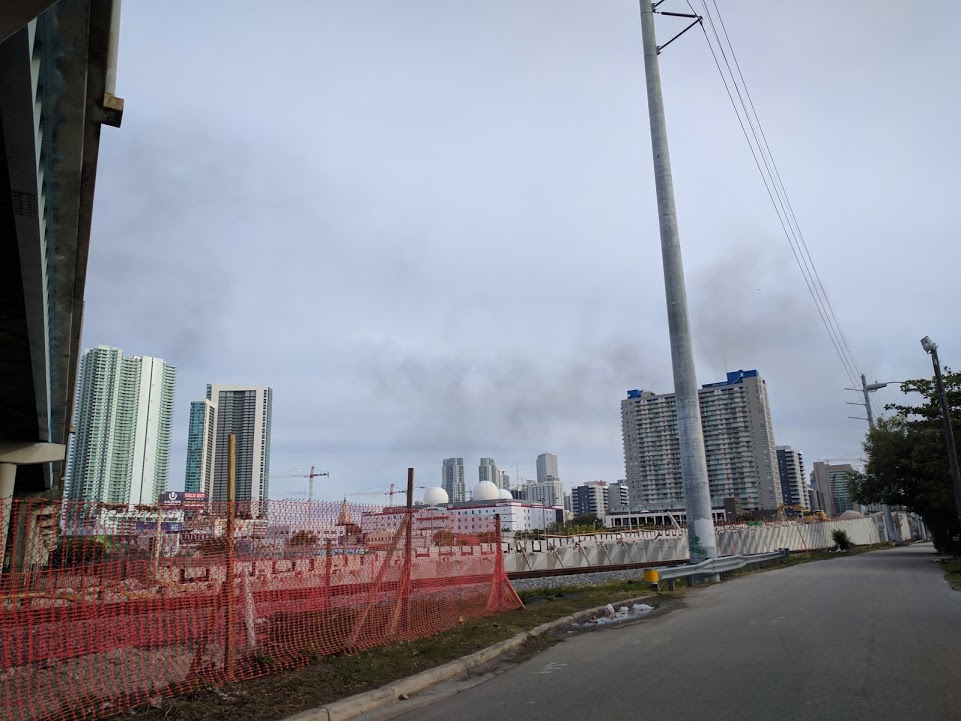 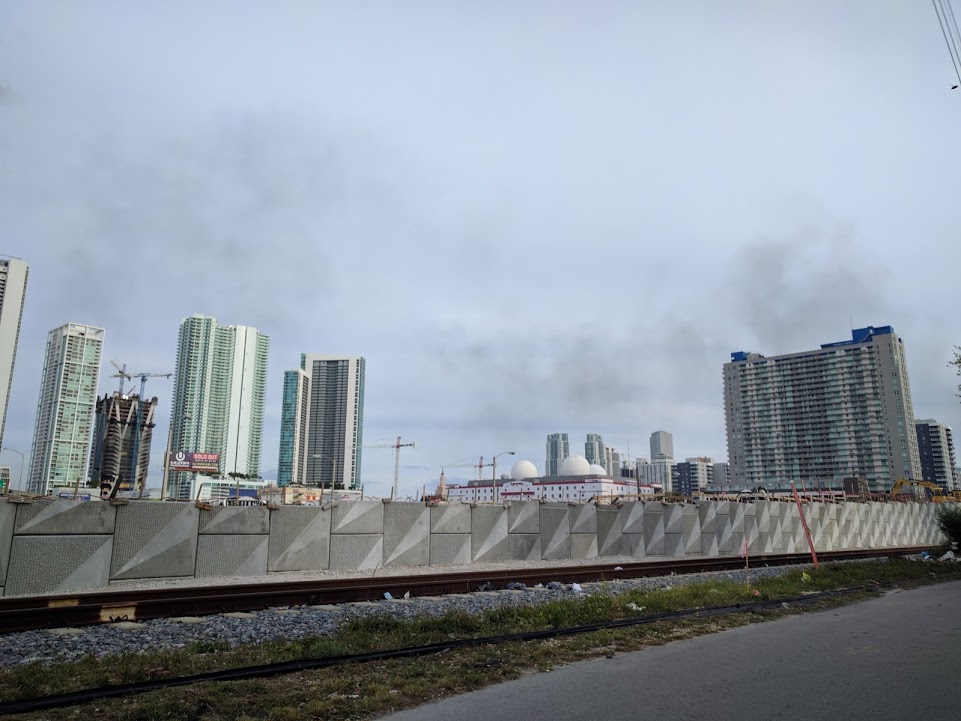 In other cities, the space under elevated rail tracks is used for shops and eateries, and the cladding material can be much more elegant (Berlin S-Bahn)