Developer Adler Group appears to be doubling the size of their proposed office building at Nexus Riverside, according to newly filed documents.

The office tower is now proposed to have 555,386 square feet of office space, according to revised platting documents submitted by the developer on November 12.

Previously, the project was planned to have 278,379 square feet of office, to be used by the City of Miami (replacing their Miami Riverside Center office building next door). The deal with the city for office space was on hold earlier this year, with the city studying other options.

The original plans for the office tower called for a 20-story building. The new height hasn’t been filed.

An apartment building planned on the site will still have 428 apartments, the new plat document says. Plans also show it will have 506 parking spaces.

Mill Creek Residential appears to be developing the apartment tower on Adler’s property.

In July, the residential project was approved by the UDRB.

At the time, the developer said that the city was considering alternative sites to replace its office building, according to Miami Today.

In August, Mill Creek applied for a construction permit to begin work on the 36-story tower.

In September, Mill Creek was granted FAA Approval for a tower height of 413 feet above ground.

The 20-story office tower in the below rendering will be doubling in size: 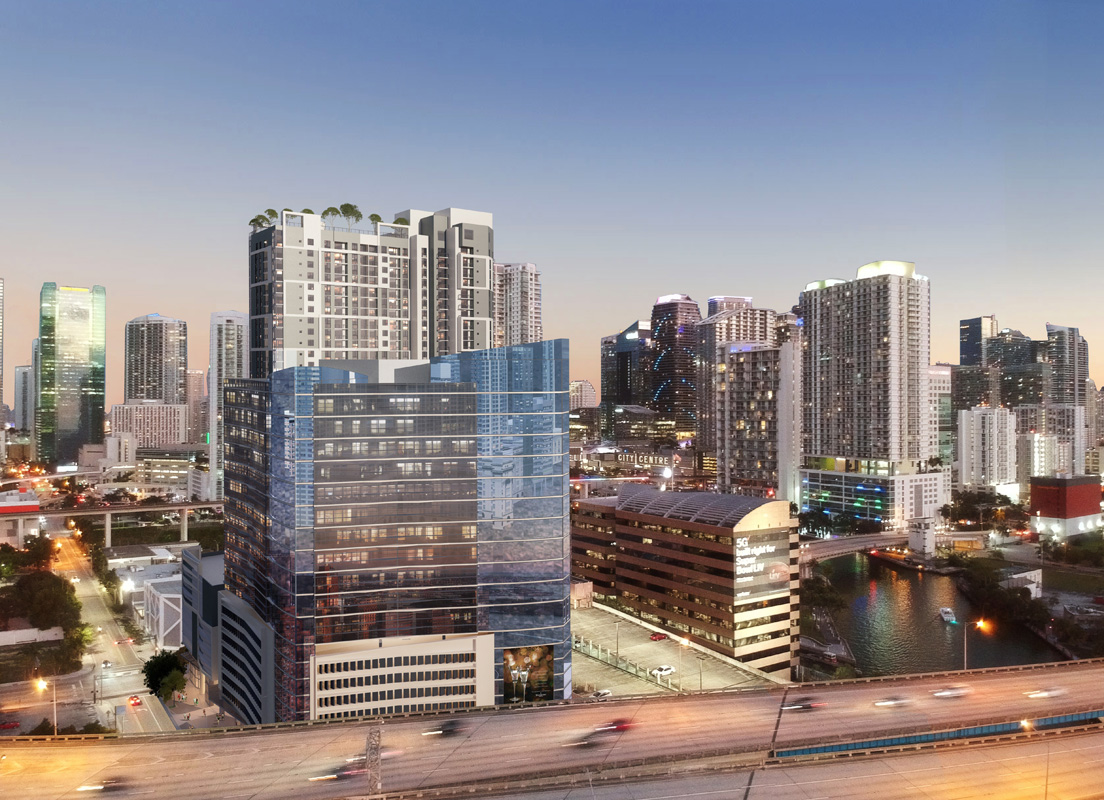 The second phase, not yet approved: 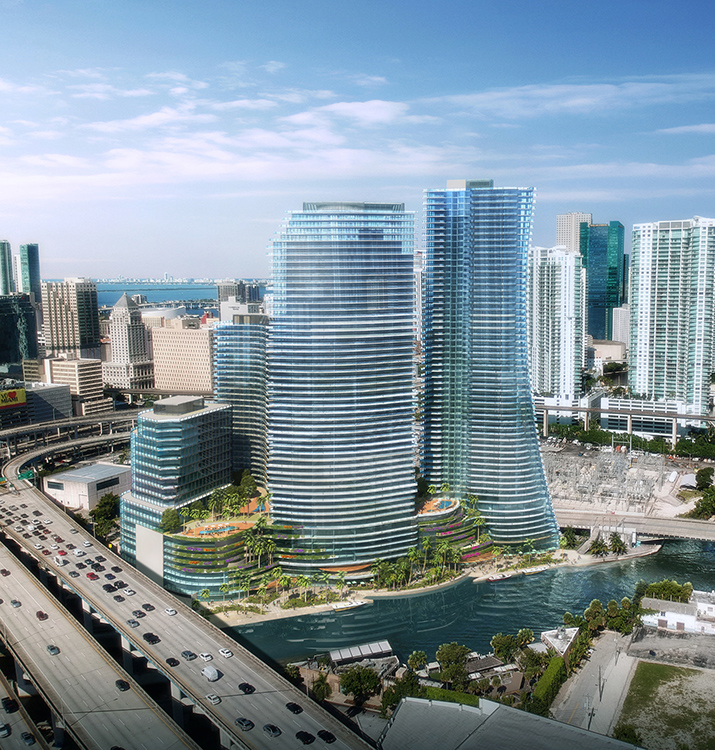