Friends of Bayside Marketplace, a political action committee funded by Berkowitz Development, have created advertisements that highlight the renovation of Bayside and new retail wing on Biscayne Boulevard rather than bringing attention to the polarizing SkyRise tower.

Berkowitz funded the PAC with a $50,000 donation, which seems to have been spent almost exclusively on Spanish language media.

The language on the ballot also seems to be mostly focused on Bayside rather than SkyRise.

Proposed Amendment to Existing Leases of City-Owned Waterfront Land at Bayside Marketplace
Should the City extend the existing leases from 46 to 99 years with Bayside Marketplace LLC on the
16.85 acres of waterfront land (Bayside Marketplace) conditioned on the City receiving: upfront payment
of $10,000,000; minimum guaranteed yearly rent of approximately $3,516,002 (which escalates);
percentage rent; minimum $27,000,000 improvements to Bayside Marketplace including additional
parking; increased contribution to Miami Bayside Foundation; and development of a $400,000,000
privately funded 1,000 foot observation and entertainment tower (Skyrise Miami)? 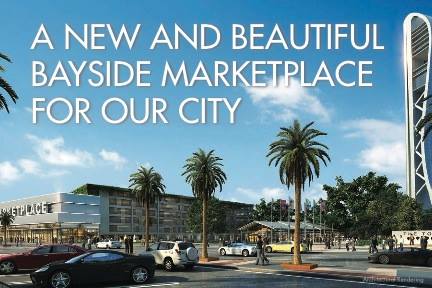 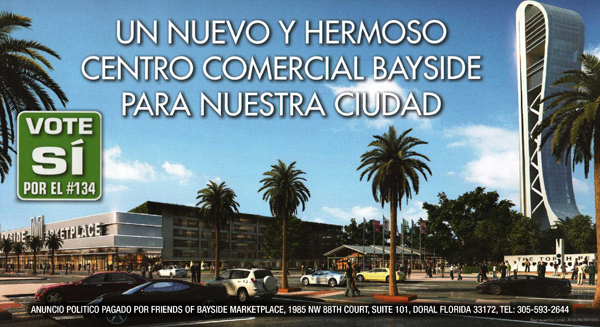