2018 was once again a record-breaking year for Airbnb in Miami, with revenue growing much faster than the year before.

Miami-Dade Airbnb revenue was the highest in Florida, followed by Osceola County. Broward ranked third with $80.3 million in revenue.

Airbnb revenue in Florida has nearly tripled in two years. It was just $273 million in 2016.

The company says that their platform complements the hotel industry, rather than competing with it. Hotel occupancy rates, daily prices and revenue have been grown steadily despite the rise of Airbnb, they said.

As of today, there are now 932,000 Floridians who are Airbnb users (as either hosts or guests), according to the company. 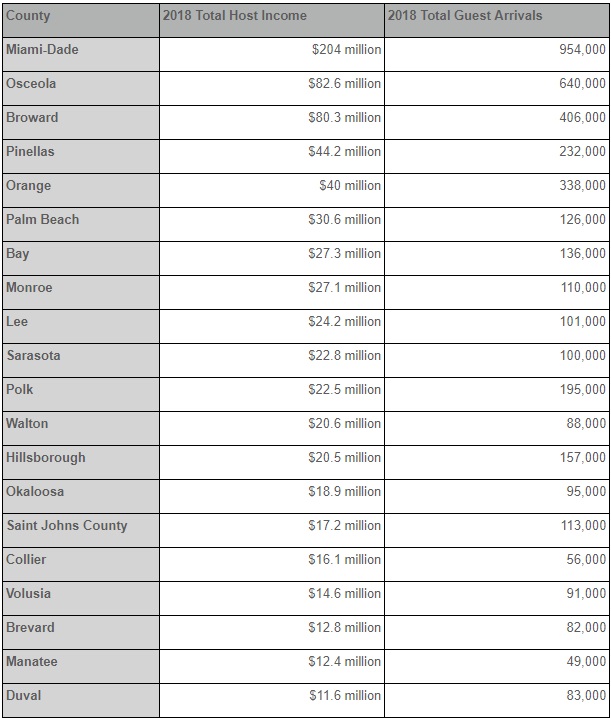