Alaska Airlines has announced plans to return to Miami for the first time in a decade.

The company said it will begin daily flights from MIA to Seattle on June 16, 2022 using a 737-900. Alaska last served the Miami to Seattle route in 2012 when it consolidated operations at FLL.

It becomes the longest scheduled flight in the lower 48 as measured by distance. American Airlines also flies the route.

Alaska’s flights are scheduled to take 6 hours eastbound, and 6 hours and 30 minutes westbound (American has the westbound flight blocked at 6 hours and 45 minutes).

Alaska recently joined the Oneworld alliance, and says it will offer passengers connecting options at MIA through partner American Airlines. 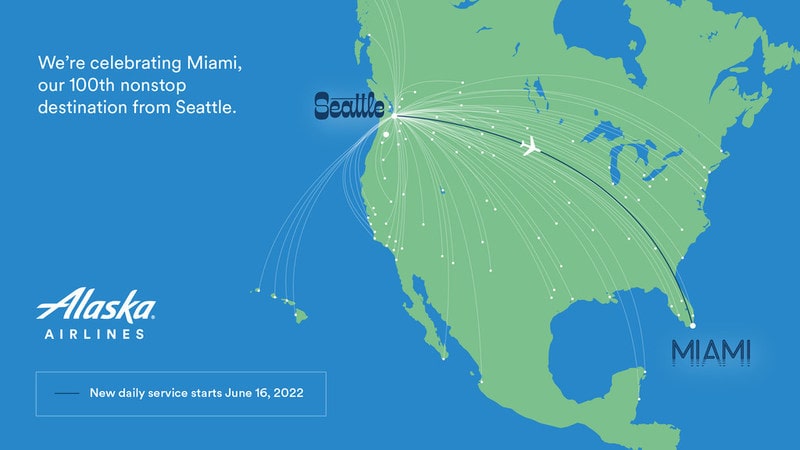