Not All Travel From Europe To Miami Banned Due To Coronavirus: MIA Added The List Of Airports That Americans Can Fly To (Updated)

Update: In a Friday publication (3/13), Miami and Boston were added to the list of airports that Americans can fly to from Europe (with extra screening upon return).

President Trump announced a travel ban on visitors from Europe last night. Virtually all flights from Europe’s Schengen Area to Miami are likely to be cancelled as a result, for a 30 day period.

Americans in Europe are permitted to return through approved U.S. airports during the ban, so some European flights to certain airports may continue (returning passengers will be subject to extra screening).

Miami International Airport was not on the list of 11 airports approved to receive returning Americans published by the DHS this morning, according to Forbes. No passengers from Europe, whether foreign or American, can travel through MIA (the UK is outside the Schengen area and not subject to the ban).

The 11 airports that were approved by DHS to receive Americans are Atlanta, Chicago, Dallas-Fort Worth, Detroit, Dulles, Los Angeles, Newark, JFK, San Francisco, Seattle and Honolulu.

Miami International Airport ranks second in the U.S. for passenger traffic from Europe, so it is surprising that the airport was excluded.

Europeans make up nearly the same share of tourists to Miami as South Americans or Northeasterners do, according to the Greater Miami Convention and Visitors Bureau. There were nearly 2 million overnight visitors from Europe in Miami in 2018.

Multiple local governments have now declared state of emergencies, and events including the Miami Open have been cancelled.

Europeans make up 31% of international visitors to Miami: 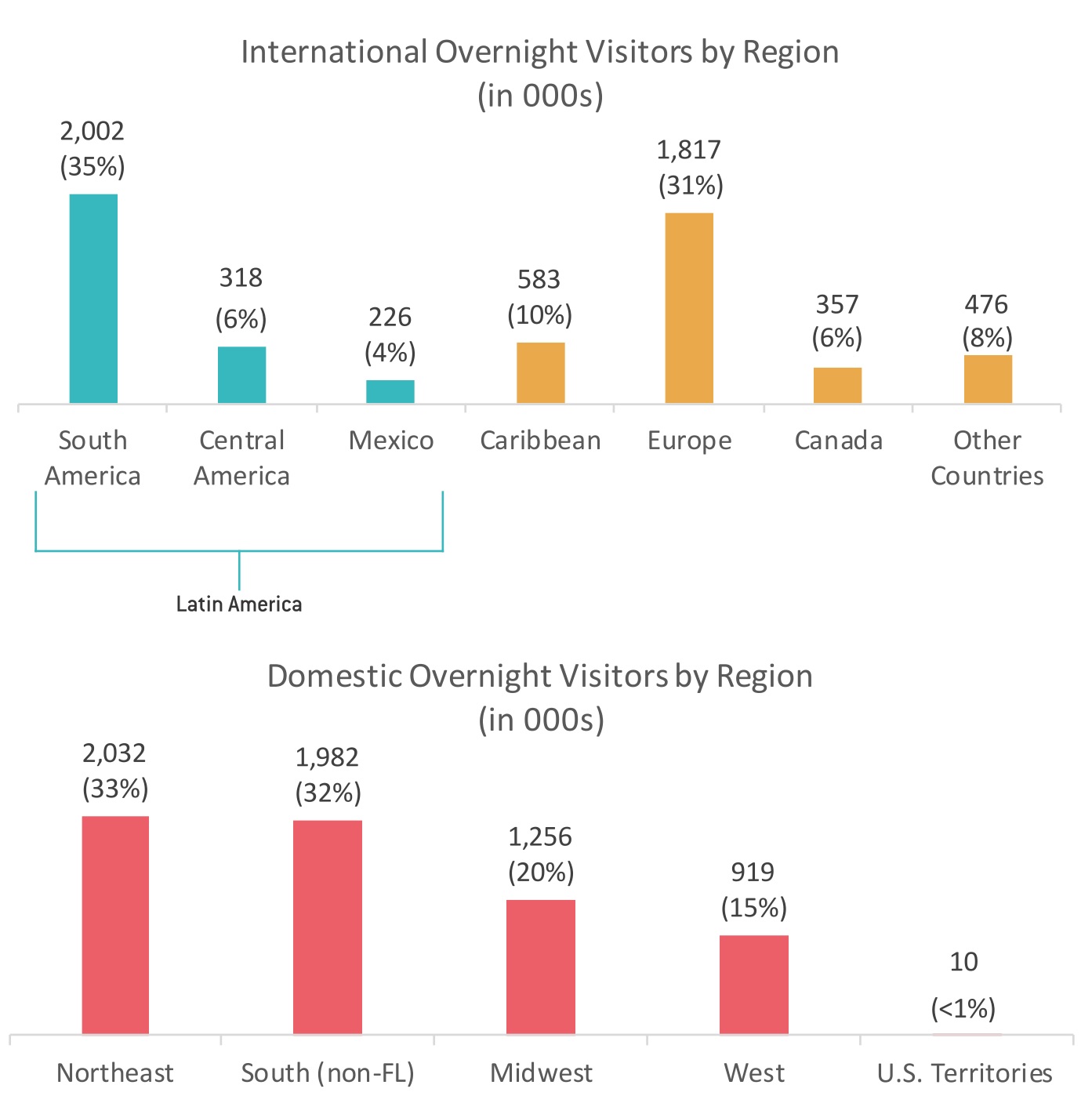