Ponce Park Residences will include 171 residential units with retail and restaurant space on the ground level. A .75 acre open-air space with an urban park dedicated to the City of Coral Gables will also be built as part of the project.

The design of the building is said to be inspired by George Merrick’s Coral Gables City Hall and its coral rock rotunda and arcade.

The podium façade will be covered with natural stone, above which the building tapers back significantly to the project’s slender 80-foot-wide upper floors.

Ponce Park Residences will include residences with 1 to 3 bedrooms, ranging in size from 750 sq. ft. to over 1,780 square feet. Ceiling heights will be 10 to 12 feet, with floor-to-ceiling windows.

The Allen Morris Company, which is headquartered in Coral Gables, will contribute $2.4 million to the city to pay for the creation of the park. The company will also cover maintenance of the park at no cost to the city.

The developer will also donate an additional $1 million towards the beautification of the Fred B. Harnett (Ponce Circle) Park, and contribute over $330,000 to the city’s parking fund.

Groundbreaking is anticipated for Q4 of 2021 with an expected completion date of Q3 2023. 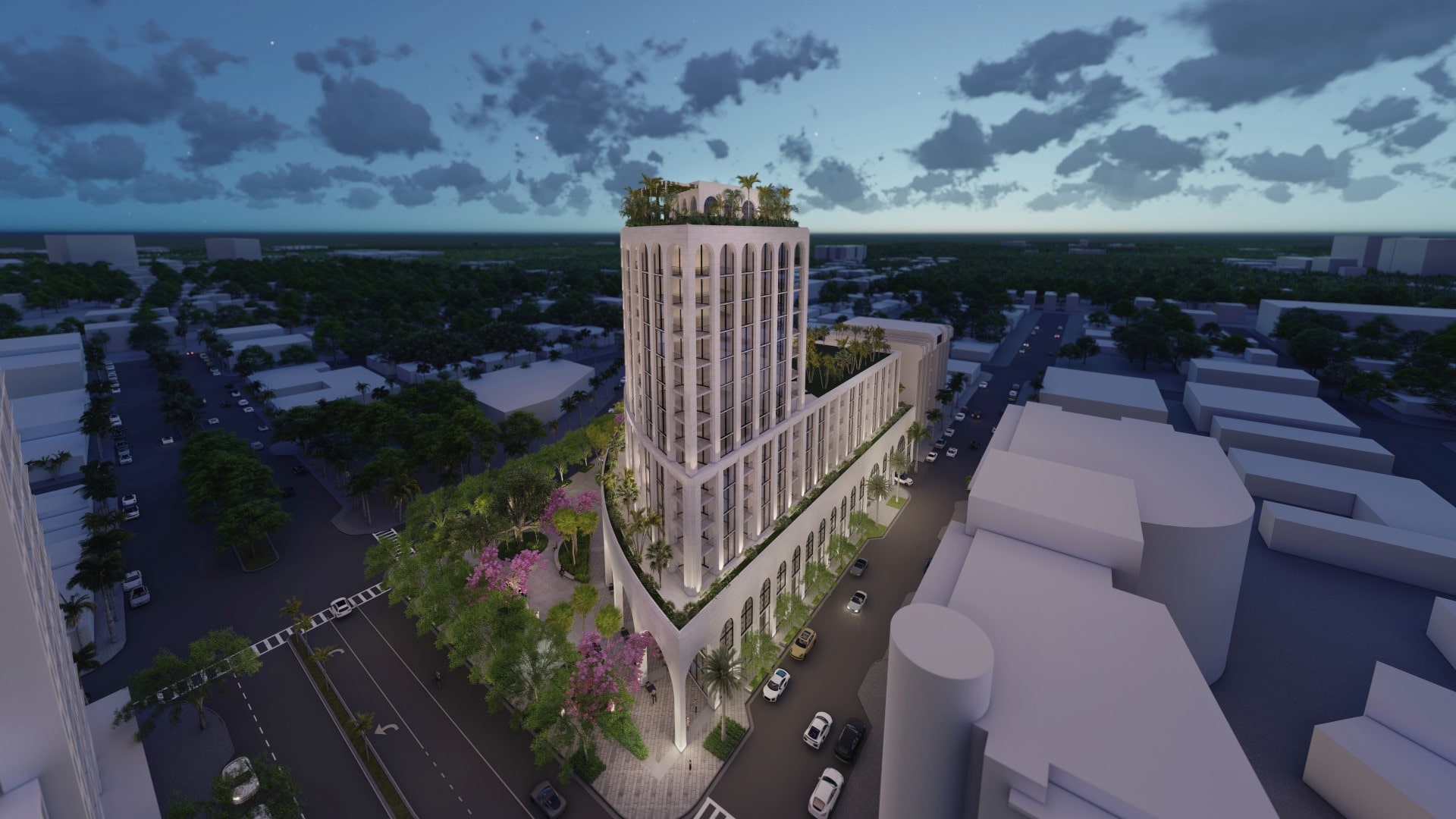 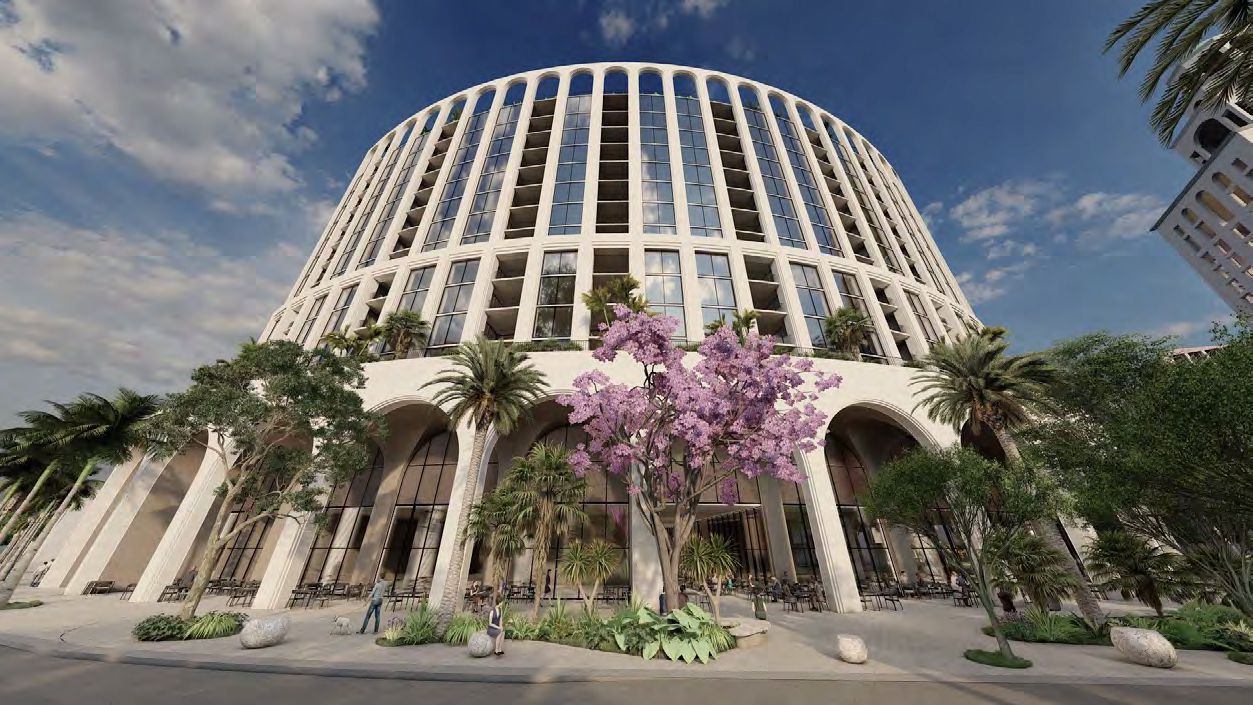 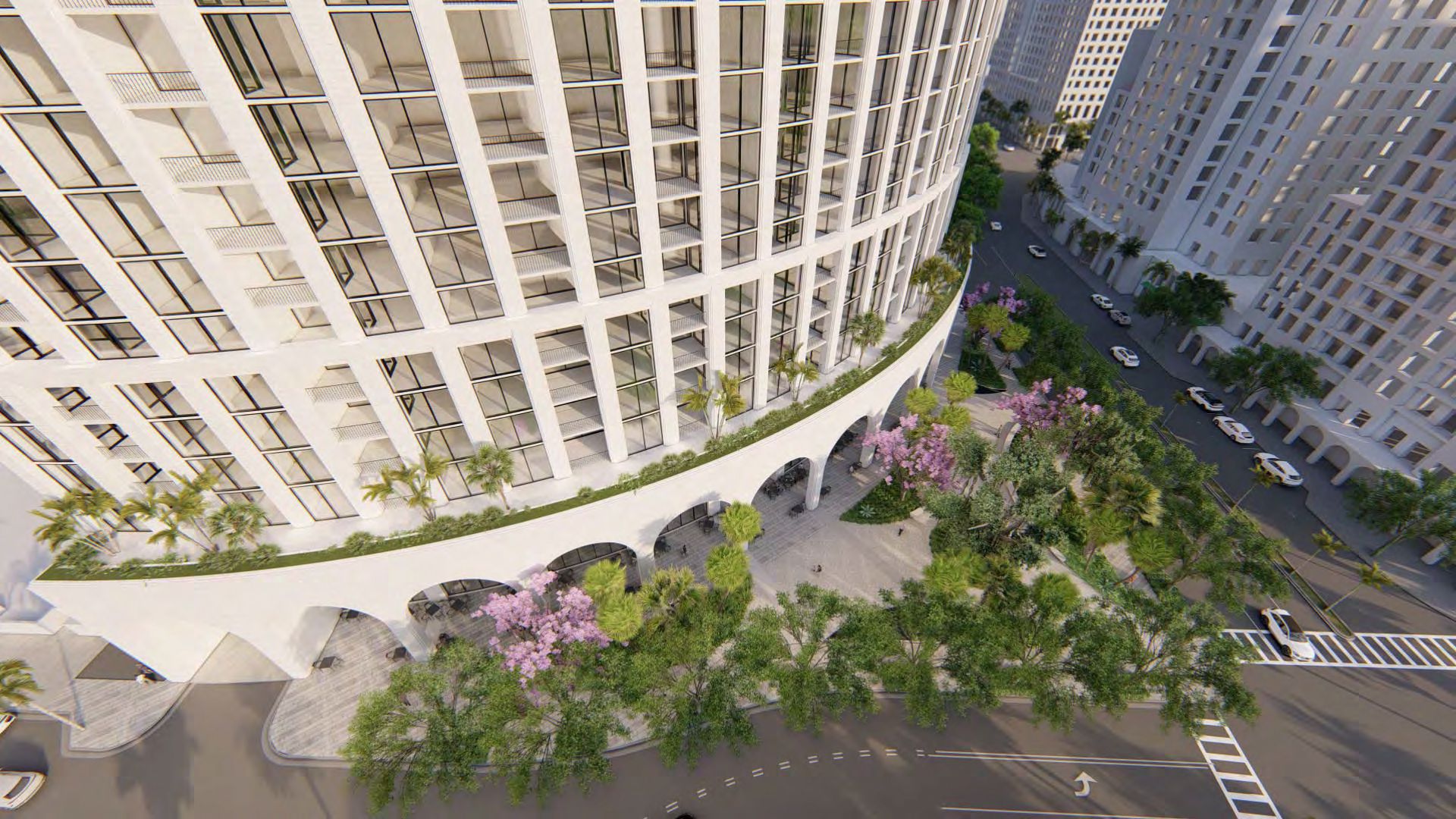