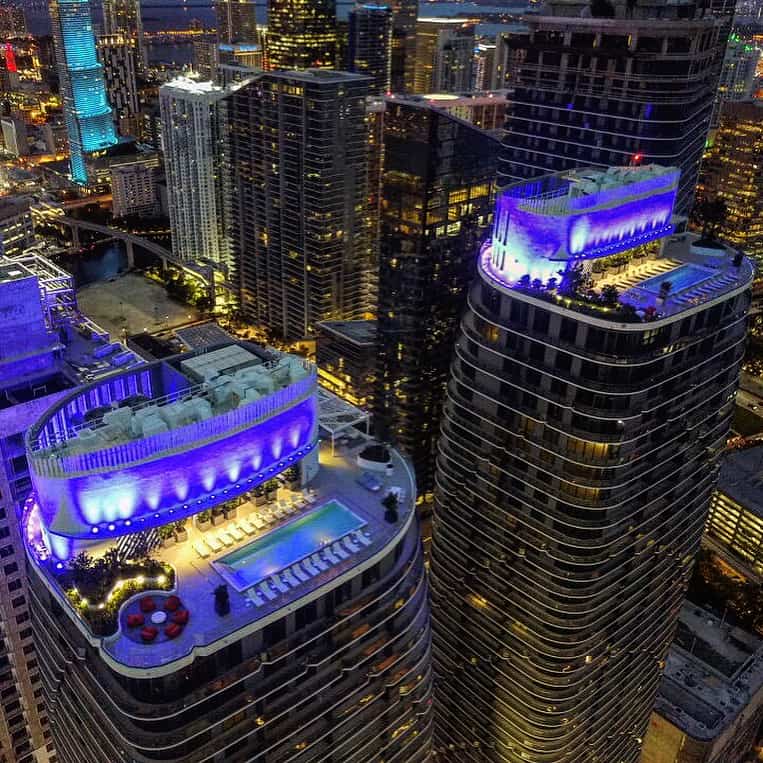 Buyers have been quickly closing on their condos at Brickell Heights.

Of the 690 units in the twin-tower project, nearly half have now closed. Closing began on June 7.

Lead developer The Related Group announced yesterday that they had paid of a $160 million construction loan for the project.

Closings on the 690-unit tower are already nearing 50-percent

MIAMI (July 10, 2017) – Leading developer The Related Group announced today that it paid off the construction financing for the recently opened Brickell Heights towers. The $160-million loan was issued by Wells Fargo Bank in April 2015 and is The Related Group’s second loan pay-off in the last year. The 690-unit mixed-use development marks the third Related Group project to open on South Miami Avenue, following SLS Brickell Hotel & Residences and 1100 Millecento.

“The speed at which we paid off this loan is further validation of our effort to finance these projects in a responsible manner,” said Ben Gerber, Vice President of Finance for The Related Group. “It also speaks to the strength of the Related brand and the South Florida condo market as a whole.”

Closings at both Brickell Heights towers have been robust, with nearly 50 percent of units closed since the June 7 opening. The development is 100 percent sold out.

“Closing is easy after buyers see that today’s Brickell matches up to what they saw in renderings a few years ago. They bought into a walkable, metropolitan downtown lifestyle, and now they’re excited to start living it,” said Carlos Rosso, President of the company’s condominium development division. “We look forward to delivering SLS LUX in the winter and completing our vision for South Miami Avenue.”

The 47-and 49-story towers showcase a striking exterior design by globally acclaimed Arquitectonica and interiors by the famed David Rockwell of the Rockwell Group including four swimming pools. The building features a collection of curated artwork throughout, and the façade of the building showcases a 35,000 square foot mural by Argentine artist, Fabian Burgos. The property will also feature the newest and largest 30,000 sft Equinox Club in Miami, as well as a 6,000 square foot SoulCycle studio.

The Related Group is set to complete a number of additional projects in 2017, including the highly anticipated SLS LUX and Hyde Midtown Suites & Residences. The developer has over 70 additional projects under various stages of development worldwide and is set to deliver over 2,000 units by year’s end.