One of the largest Amazon warehouse buildings in the country may be in the works next to Opa Locka airport.

The project would be built on 120 acres of land that is owned by the county, but leased to the Carrie Meek Foundation.

Last week, Miami-Dade’s commission voted to approve an amended lease with the foundation that would enable the project. The county could also be funding $5 million in infrastructure improvements.

The Herald reported that Amazon is in negotiations to be the single tenant to occupy the space.

It could be one of Amazon’s biggest warehouses. According to a press release last month from the developer, it would be “a 1.7 million-square-foot, $150 million speculative development.” A draft agreement of the subsidy deal listed the project size at 1.75 million square feet, but it was revised to 860,000 square feet in the final draft.

Amazon recently signed a deal to lease 20 Boeing 767s. One of the Meek Foundation parcels is suitable for aviation use. 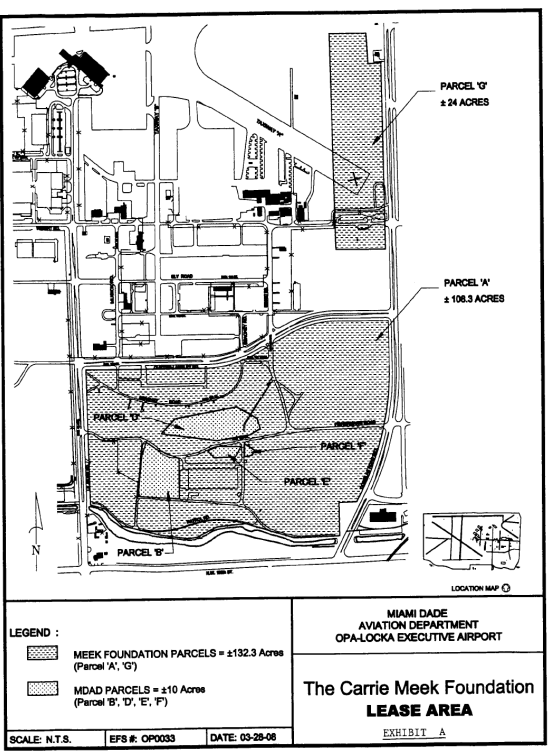