Miami is among the top 20 cities chosen by Amazon as a potential site for their second headquarters.

On Monday, TNM will publish fantastic new details of the proposal that was sent to Amazon.

Amazon Announces Candidates for HQ2
Amazon expects to create 50,000 high-paying jobs and invest over $5 billion in the city where it opens HQ2, a full equal to its Seattle HQ

January 18, 2018 09:03 AM Eastern Standard Time
SEATTLE–(NASDAQ: AMZN)—Amazon reviewed 238 proposals from across the U.S., Canada, and Mexico to host HQ2, the company’s second headquarters in North America. Today, Amazon announced it has chosen the following 20 metropolitan areas to move to the next phase of the process (in alphabetical order):

“Thank you to all 238 communities that submitted proposals. Getting from 238 to 20 was very tough – all the proposals showed tremendous enthusiasm and creativity”

“Thank you to all 238 communities that submitted proposals. Getting from 238 to 20 was very tough – all the proposals showed tremendous enthusiasm and creativity,” said Holly Sullivan, Amazon Public Policy. “Through this process we learned about many new communities across North America that we will consider as locations for future infrastructure investment and job creation.”

Amazon evaluated each of the proposals based on the criteria outlined in the RFP to create the list of 20 HQ2 candidates that will continue in the selection process. In the coming months, Amazon will work with each of the candidate locations to dive deeper into their proposals, request additional information, and evaluate the feasibility of a future partnership that can accommodate the company’s hiring plans as well as benefit its employees and the local community. Amazon expects to make a decision in 2018.

Amazon HQ2 will be a complete headquarters for Amazon, not a satellite office. The company plans to invest over $5 billion and grow this second headquarters to accommodate as many as 50,000 high-paying jobs. In addition to Amazon’s direct hiring and investment, construction and ongoing operation of Amazon HQ2 is expected to create tens of thousands of additional jobs and tens of billions of dollars in additional investment in the surrounding community.

With more than 540,000 employees worldwide, Amazon ranks #1 on Fast Company’s Most Innovative Companies, #2 in Fortune’s World Most Admired Companies, #1 on The Harris Poll’s Corporate Reputation survey, and #2 on LinkedIn’s U.S. most desirable companies list. Amazon was also recently included in the Military Times’ Best for Vets list of companies committed to providing opportunities for military veterans. Over the past five years, Amazon has invested more than $100 billion in the U.S., including corporate offices, development and research centers, fulfillment infrastructure, and compensation to its teams. 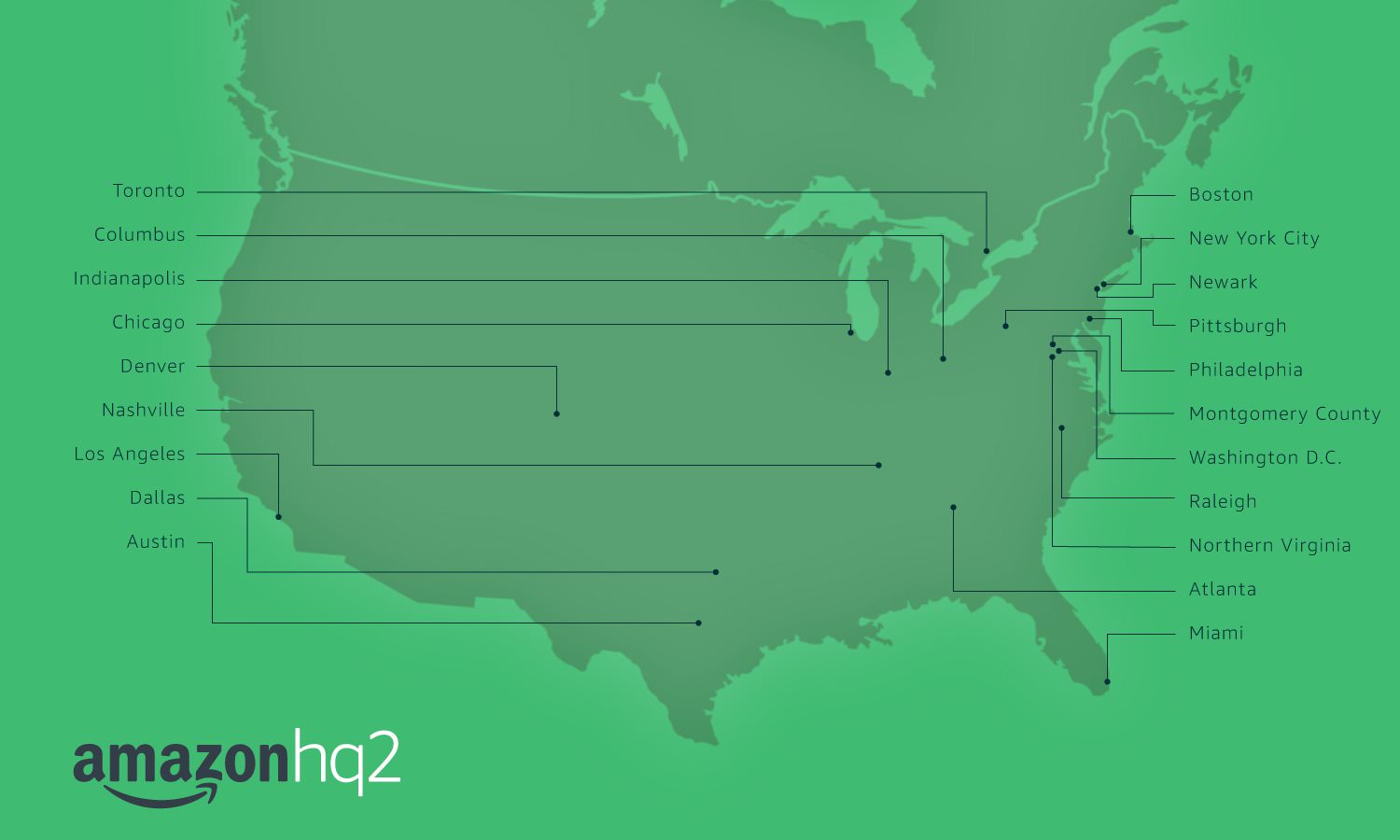