For decades, American Airlines has been the dominant airline at Miami International Airport. Now, Delta could be about to challenge them.

As part of the deal, LATAM and Delta will seek a joint business agreement (American had been trying to get a joint venture with LATAM approved but had faced legal challenges). Delta will also invest $1.9 billion for a 20 percent stake in LATAM, spend $350 million to support the new partnership, and acquire up to 14 A350 aircraft from LATAM.

Delta CEO Ed Bastian told the Atlanta Journal Constitution that the airline will expand in Miami as part of the deal. Delta’s Latin America flights will be balanced between Atlanta and Miami, he said. Delta’s senior vice-president of network planning Joe Esposito was even more specific, telling The Points Guy that Delta will realign its network to provide domestic connections at MIA for LATAM passengers.

Bastian’s comments likely mean that Delta planes will be flying new routes to Latin America from MIA, and that there will be domestic connectivity added to support LATAM. Delta has previously said they want to expand in Latin America, but it makes much more sense to do so from Miami, since more passengers are flying to and from here than anywhere else in the U.S., by far (MIA is particularly dominant in cargo, with nearly 80% of Latin American cargo to and from the U.S. passing through the airport).

American has already responded by announcing an increase in service to MIA. AA will add a third daily year round flight to Lima on a 757, beginning April 7. There will also be new flights added from Miami to São Paulo, Brazil (making it three daily for AA) and Santiago, Chile, both beginning in winter 2020, on 777-200 aircraft.

Over the past year, American and its regional affiliate carried 30.8 million passengers, or 67% of traffic at MIA. No other primary U.S gateway airport is as dominated by a single airline as MIA is (gateways to Europe and Asia including JFK, BOS, SEA and LAX all have domestic competition).

MIA’s South and Central Terminal gates are mostly common-use, and the airport could easily accommodate a Delta and LATAM expansion.

The airport already has plans to expand the South Terminal, which is shared by Delta and LATAM, with three new international-capable widebody gates. There will also be new concession space built in the terminal, as well as a redesign of apron areas to make operations there more efficient. Plans were approved in June.

New widebody gates, concession, and apron area planned for the South Terminal, where Delta and LATAM are based: 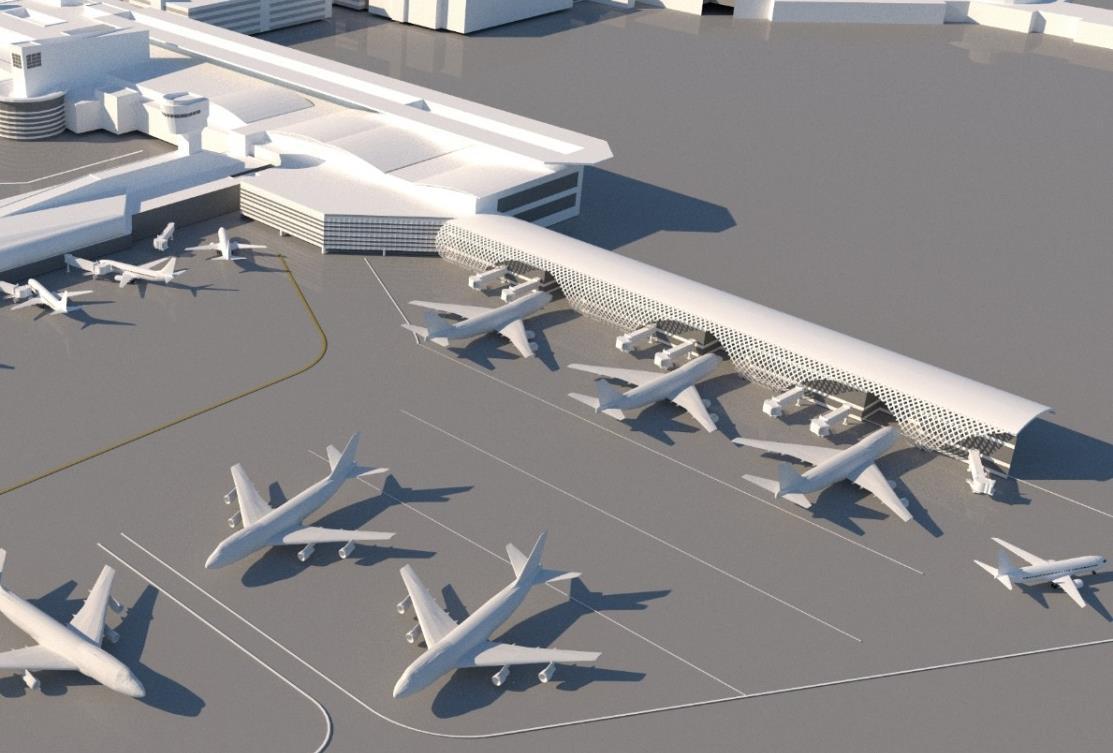