American Dream Approved By Planning Board, Including 50-Story Tower

Miami is one step closer to getting the biggest mall in America, American Dream Miami.

Yesterday, Miami-Dade’s Planning Advisory Board voted 11-1 to recommend approval. The final step is approval of the County Commission, scheduled for a vote in May 17.

In April, developer Triple Five submitted an initial development plan that reveals just how massive the project is. It will include:

Three structures on the property will rise 500 feet, which is roughly the equivalent of 50 stories. The hotel tower, a Ferris wheel, and an indoor ski slope all will rise to that height. 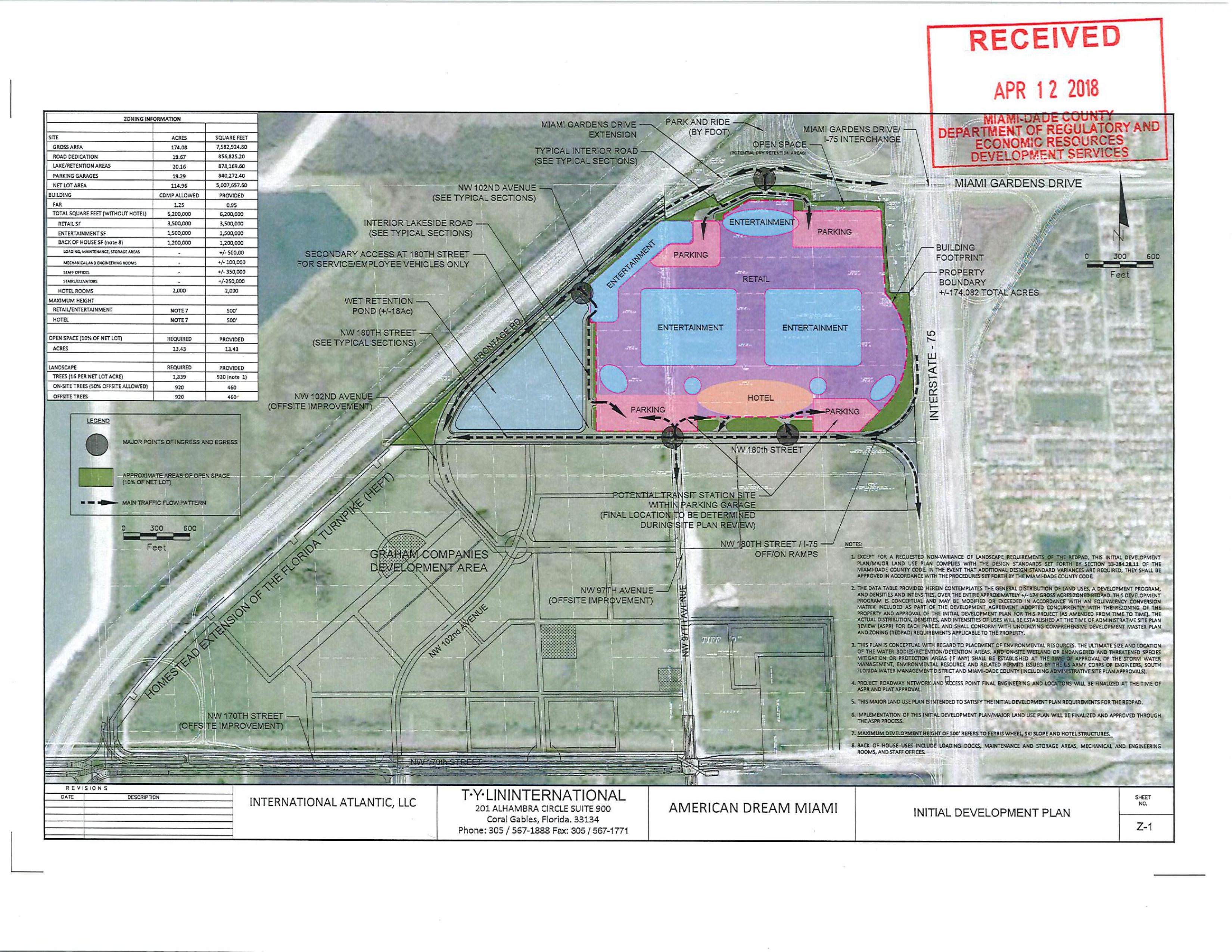