Amtrak has begun active preparations to begin service to the Miami Intermodal Center, according to a presentation last week by the Florida Department of Transportation.

The FDOT presentation was made to a meeting of the Miami-Dade Citizens’ Independent Transportation Trust.

The Miami Intermodal Center was built in front of Miami International Airport in 2013, with rental cars, Metrorail, Tri-Rail, Greyhound, Megabus, and Metrobus stations.

FDOT also built a platform for Amtrak with ticketing counters, a baggage room, restrooms and offices which were completed in 2015, but it was soon discovered that the platform was too short for Amtrak trains.

In 2016, FDOT completed $5.6 million worth of road work to solve allow for the longer Amtrak trains by closing a roadway when the train is in the station and providing alternate routes for cars, the presentation said.

Despite the millions spent, Amtrak then demanded FDOT pay relocation costs, which FDOT partially agreed to. Amtrak later decided they didn’t like the termination clause in a proposed contract with FDOT and abandoned plans to serve the MIC altogether, instead continuing to serve a station in nearby Hialeah.

In 2021 however, Amtrak once again expressed interest in serving the MIC.

Last month, Amtrak met with FDOT and obtained a copy of the facility plans. There was also a site visit and test train operation scheduled for last week.

Another coordination meeting is scheduled between Amtrak and FDOT this month, the presentation said.

Brightline has also expressed interest in serving the facility but there are no negotiations currently ongoing, FDOT said. 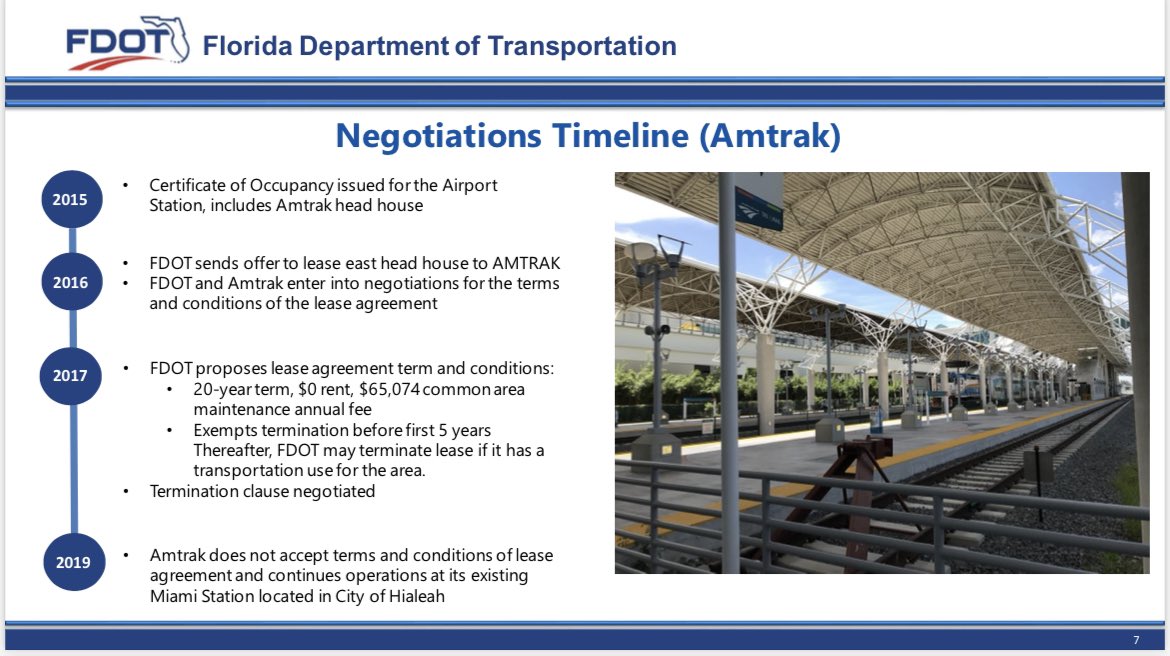 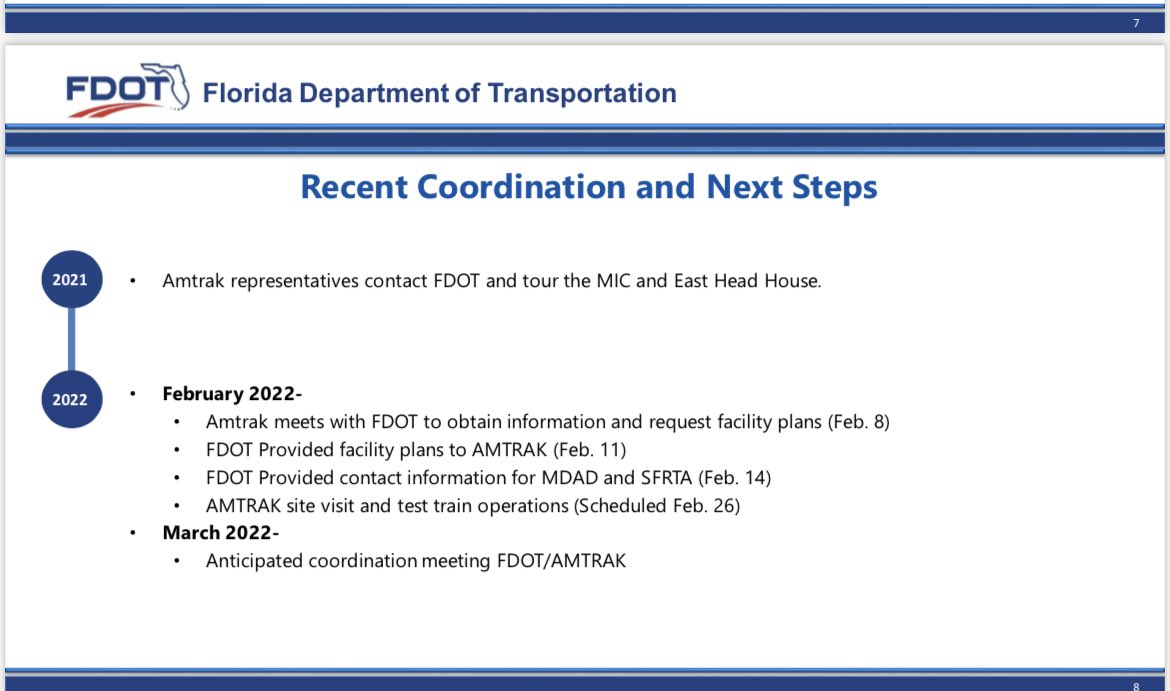 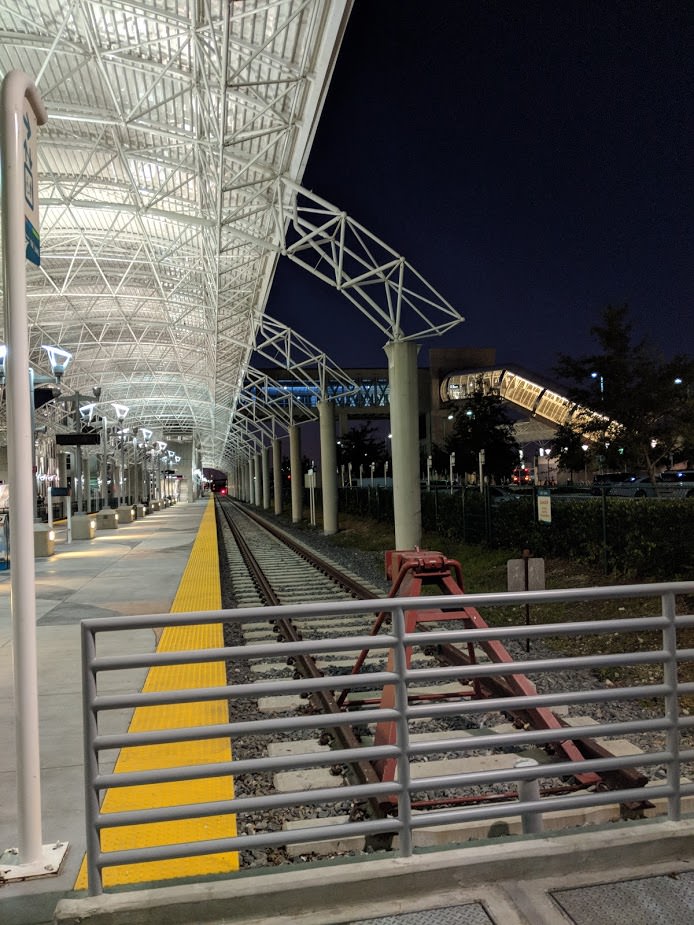 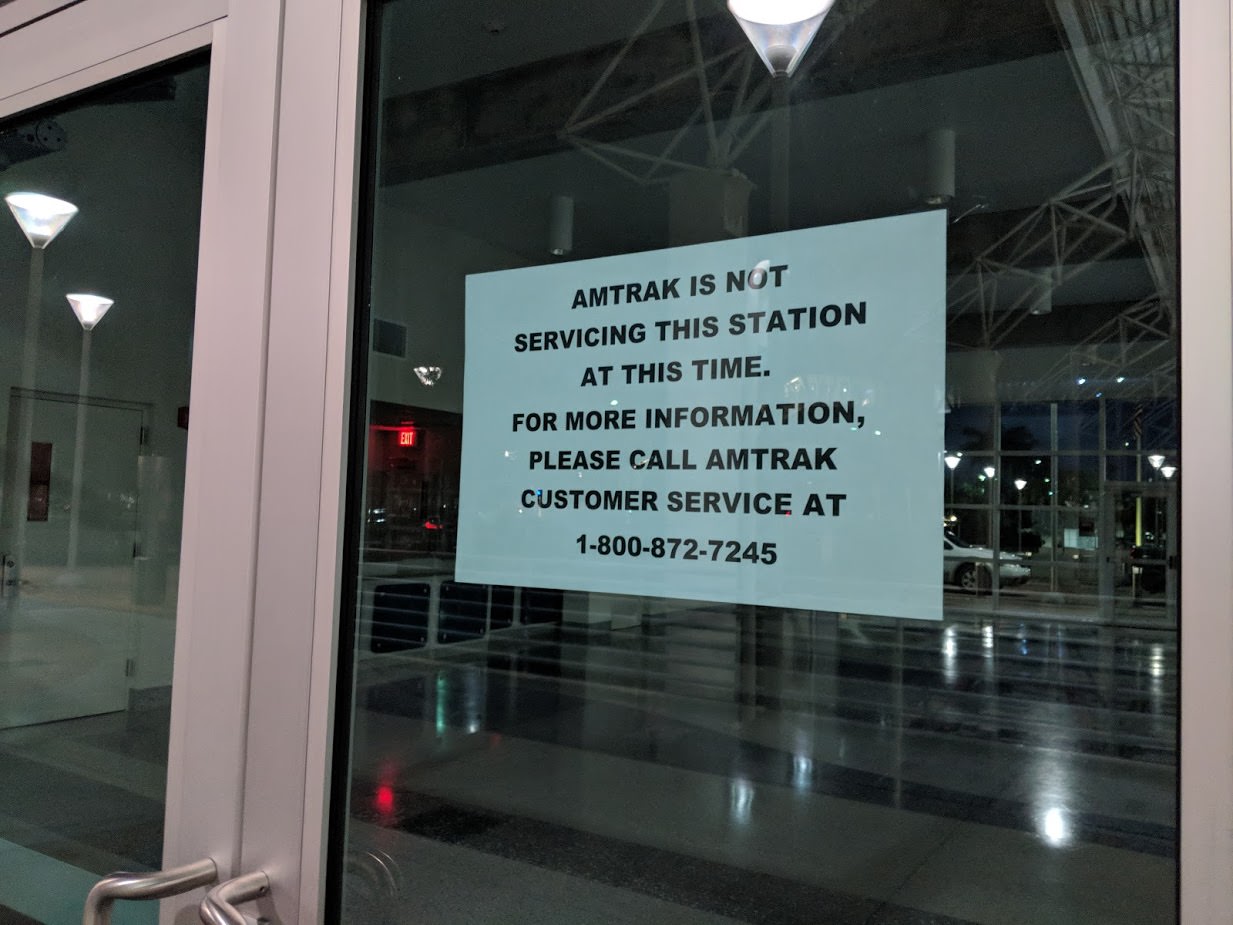