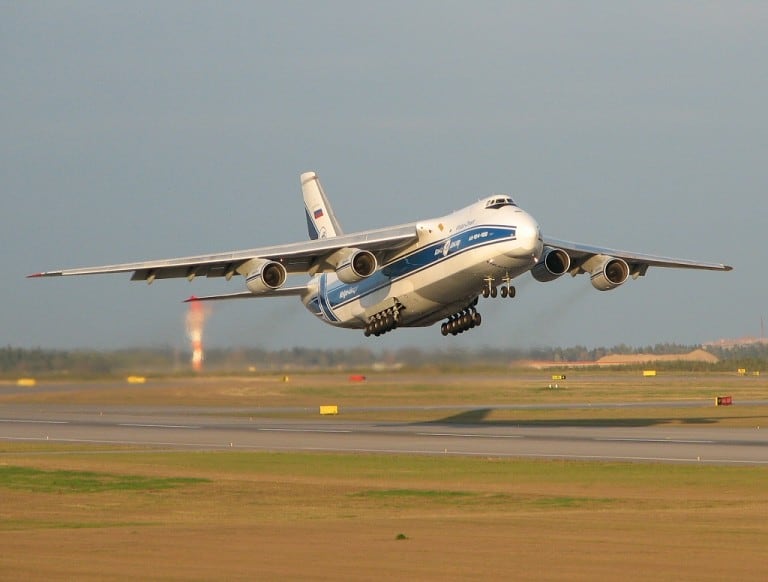 Antonov An-124 Heading To MIA

One of the world’s biggest cargo jets will arrive at Miami International Airport this week.

Volga-Dnepr Airlines will fly an Antonov An-124 from London. The plane will be ferrying a replacement engine for a British Airways A380, which sustained damage while parking last night (a ground crew left a jetbridge in the wrong position.)

The An-124 is built jointly by Ukraine and Russia, and among the biggest production aircraft ever built. Antonov also built a single An-225 based on the design, which by some measures remains the largest plane ever built. The An-225 has visited Miami in the past.