Apartment Rents In Miami Are Up 36% Over The Past Year, Highest Nationwide

Another study confirms that Miami ranks first nationwide for apartment rent price growth over the past year.

Real estate website Redfin reported last week that rents rose 36% in Miami over the past year – more than any other metro area.

Miami is far outpacing the nation for rent prices. On average, the U.S. as a whole saw a 13% rent increase during the same period.

A separate study by Corelogic earlier this month also showed Miami ranked first nationwide for rent increases over the past year.

However, the Corelogic study said Miami’s gains were smaller – up 25.7% between September 2020 and September 2021.

Newly built apartment towers in Miami are reporting being 100% leased even before opening – including Melo Group’s giant Downtown 5th, which has 1,042 apartments in twin 53-story towers. The project opened over the summer. 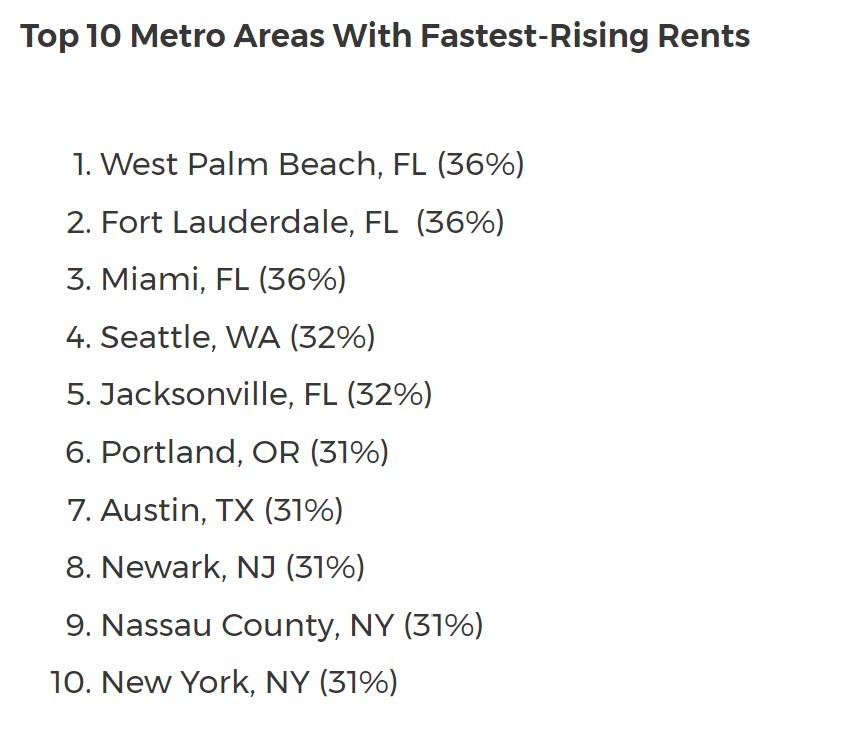