Application Submitted To Build Hotel On Perricones Site In Brickell

An application has been submitted to build a hotel on the Perricones site in Brickell, according to Miami Planning & Zoning Department Director Francisco Garcia.

At a May 10 meeting, Garcia told city commissioners that part of the property has been erroneously zoned as a park. The designation was actually intended for an adjacent property, and his department would correct the error administratively.

The adjacent Allen Morris park is mistakenly zoned for high-intensity development, and Garcia said they would swap it back to park zoning.

The mistake was discovered following the hotel application.

A lawyer for the Allen Morris company attended the meeting and objected to rezoning the park, instead wanting to keep it as high intensity. The company is in litigation with the city in an attempt to take back control of the land, claiming the city did not use it as a park as required when deeded over.

Allen Morris is not objecting to high intensity zoning on the Perricones site. 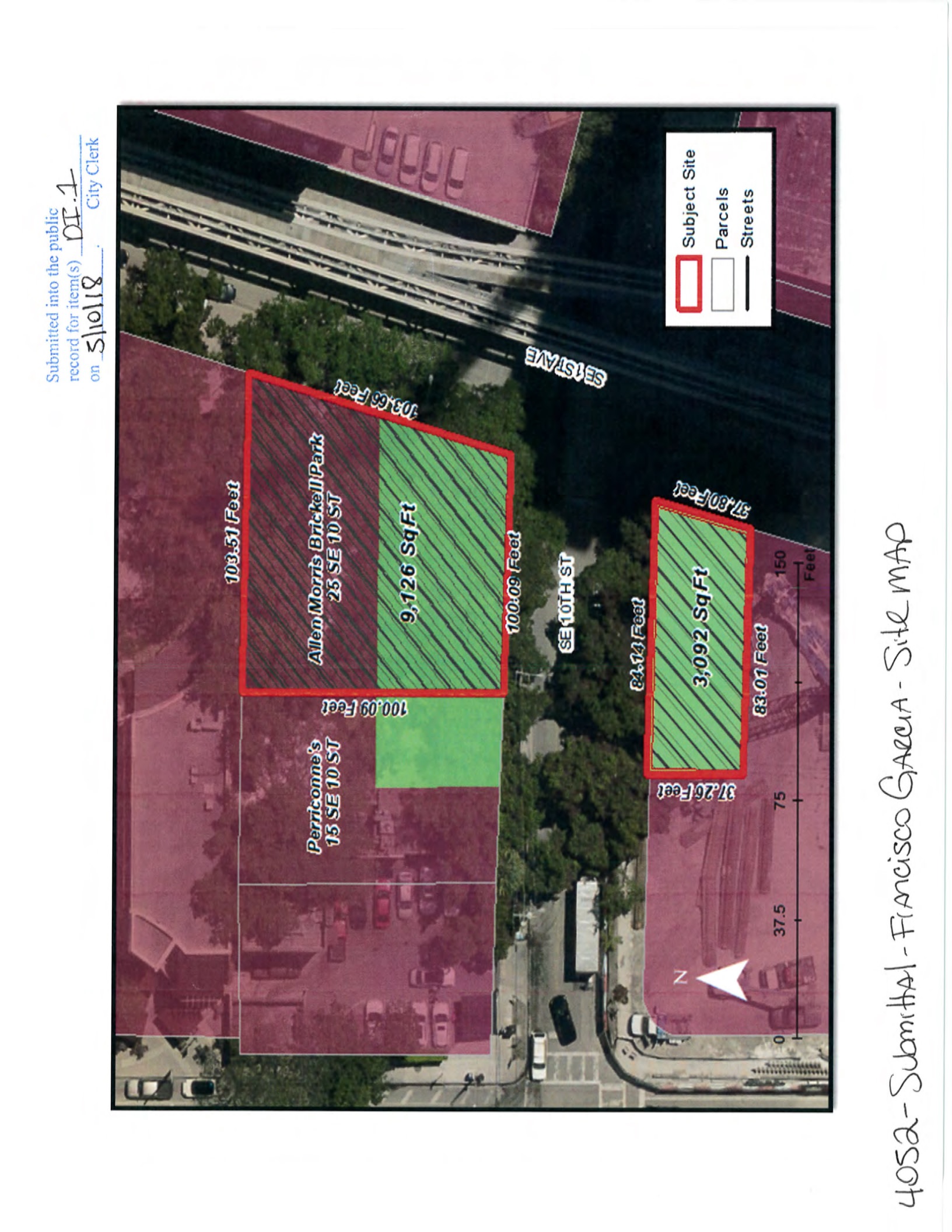