Archbishop Curley-Notre Dame High School For Sale, Up To 5 Million Square Feet Can Be Built

The Archdiocese of Miami has listed the Archbishop Curley-Notre Dame High School for sale.

Due to the large size of the site, buyers will be able to qualify for a Special Area Plan under the Miami 21 zoning code, with the potential to build up to 5 million square feet.

Brokers say that zoning allows for up to 28 stories, which would be much taller than the surrounding neighborhood.

Miami, FL — Avison Young’s Florida Capital Markets Group along with Bezold Realty have been exclusively tapped to market and sell a ±15.56-acre development site with potential to develop approximately 5 million square feet of office, residential, retail, and hospitality product located at 4949 NE 2nd Avenue, Miami, Fla. The land parcel represents a rare opportunity to own an iconic site that has been held by the Archdiocese of Miami as the former home to the Archbishop Curley-Notre Dame High School. Located just outside of the internationally-renowned, high-end shopping mecca of the Miami Design District, the site will serve the pent-up demand fueled by office tenants and residents choosing to live, work, and play in an urban environment.

Avison Young Principals David Duckworth, John K. Crotty, CCIM, and Michael T. Fay will lead the marketing and disposition of the property on behalf of the seller. “Although tremendous attention has been driven by the surrounding development in Wynwood and Design District, the area still remains in the early stages of a dynamic transformation,” said Duckworth. “The need for a true mixed-use development is of high demand, and as such, we are confident this distinctive property will garner incredible interest.”

The size of the site qualifies it for a Special Area Plan (SAP) which can provide the opportunity to achieve T6-12 zoning and up to 28 stories of vertical construction with community benefit and transit bonuses. This development will create phenomenal bay and ocean views as well as direct access to 54th Street, nearby restaurants, Publix, Morningside Park, and the Eastside Ridge Development. Seeking to attract more planned and auspicious development, Miami has approved and provided entitlements for at least ten projects from the Miami River going north since this relatively new zoning tool was implemented.

“The property is the last remaining development site of this size in Greater Downtown Miami, adding to the site’s unique potential,” said Crotty. “This asset is truly a gem that presents developers with a one-of-a-kind opportunity to create one of the most iconic mixed-use projects in the Miami CBD, rivaling that of Brickell City Centre.”

Situated just west of Biscayne Boulevard, a principal roadway with direct access to I-95 and I-195, 4949 NE 2nd Avenue is minutes from the growing large-scale urban development of Midtown Miami and the burgeoning Wynwood Art District. Miami’s densest and fastest growing neighborhoods of Brickell and Downtown are located just south of Midtown.

Fay, who leads Avison Young’s Florida Capital Markets Group which has sold more than $500 million worth of real estate to date in 2017, added: “Miami-Dade County’s local economy continues to enjoy growth in areas such as tourism and retail sales driven largely by the live-work-play environment found in many urban pockets throughout the county, as explained in recent Avison Young market reports. Aligned with this trend has been Miami making way for massive mixed-use projects making the Archdiocese site a timely investment.” 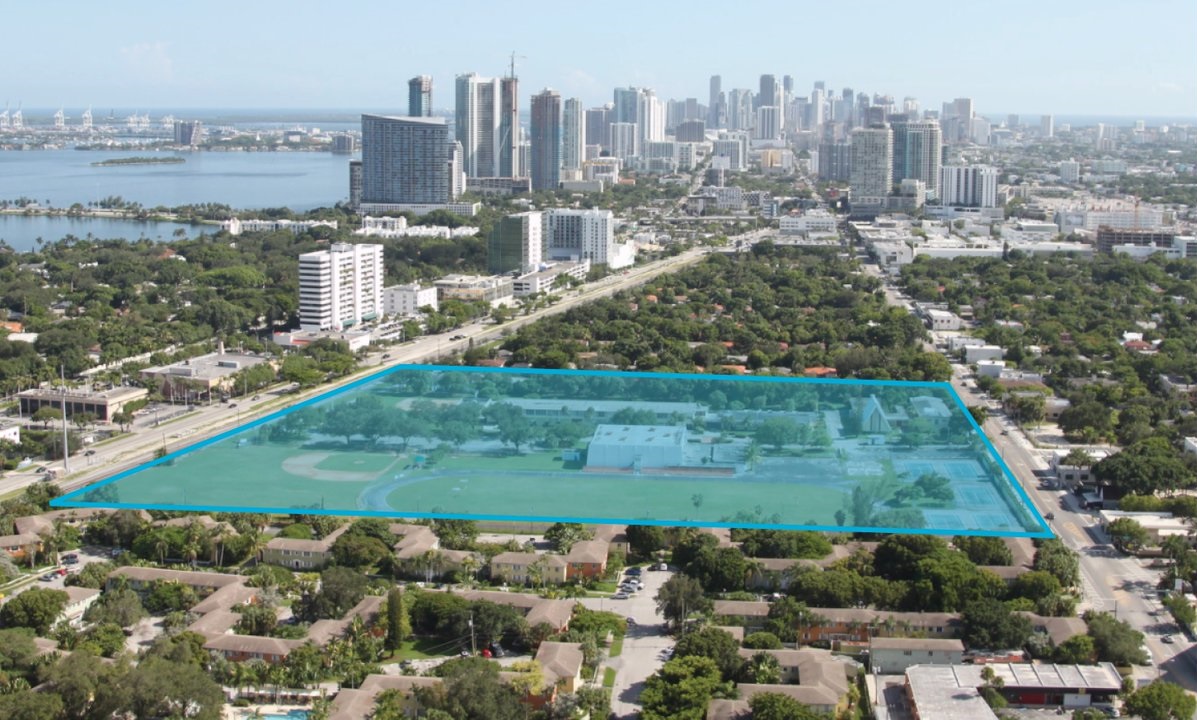