Arquitectonica has replaced Rem Koolhaas as the architect designing the exterior of Miami Beach’s renovated and expanded convention center.

Koolhaas, regarded by many as one of the greatest living architects, was given the boot following the election of Philip Levine as mayor. Instead, mediocre local firm Arquitectonica, with a long history of churning out subpar buildings with especially poor street level design, is now overseeing exterior architecture.

Earlier this year, commissioners voted to move forward on a city-managed renovation plan and hired Fentress Architects as its Design Criteria Professional. Fentress has selected a team that includes exterior facade architect Arquitectonica along with landscape design firm West 8. The Fentress/Arquitectonica plans are about 50% complete and are due in December, according to Jeff Sachs, a consultant overseeing the project for the city.

Levine and other commissioners voted to scrap earlier plans designed by Koolhaas that would have turned the convention center over to a private developer adding significant amounts of retail and hotel space.  The owners of the Fontainebleau donated significant sums to politicians in an effort to kill off the previous plan.

The new plan calls for the existing center to be renovated to ‘Class A’ standards, along with the addition of a new ballroom and meeting space. A surface parking lot with 880 spaces will be converted into a 6.5 acre public park, with the parking spaces to be moved onto the roof of the building. Convention Center Drive and the Collins Canal seawall will also be rebuilt. 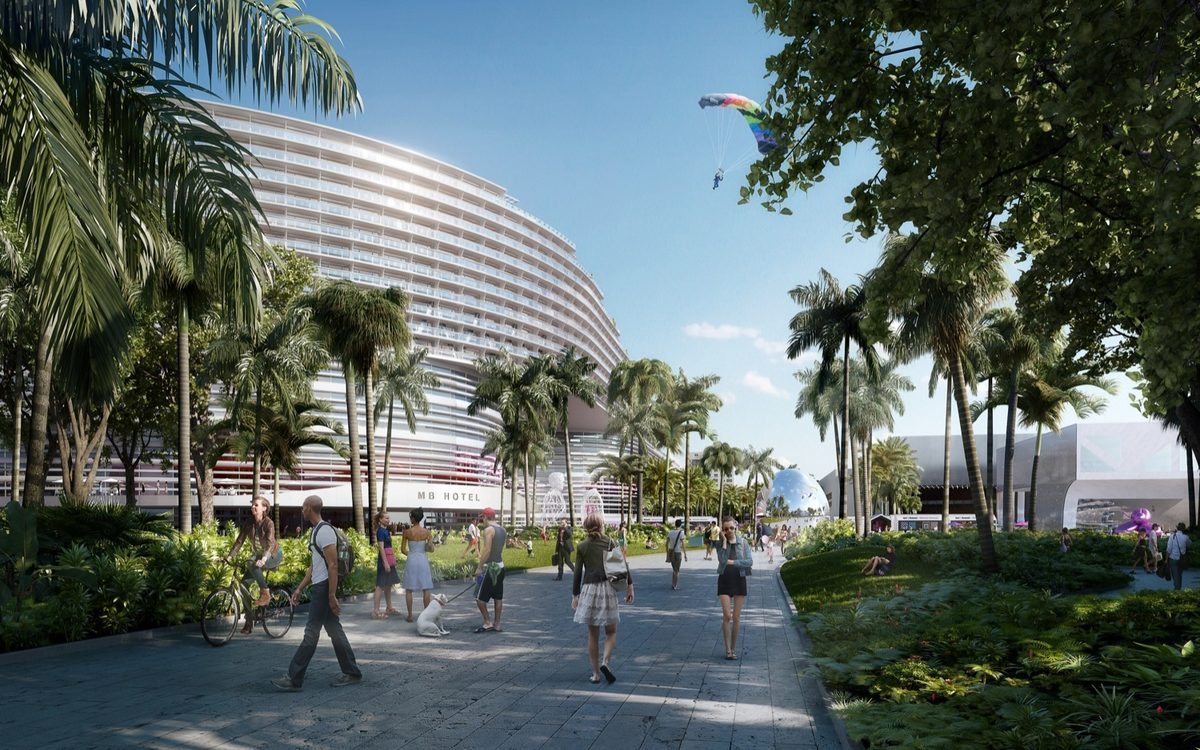 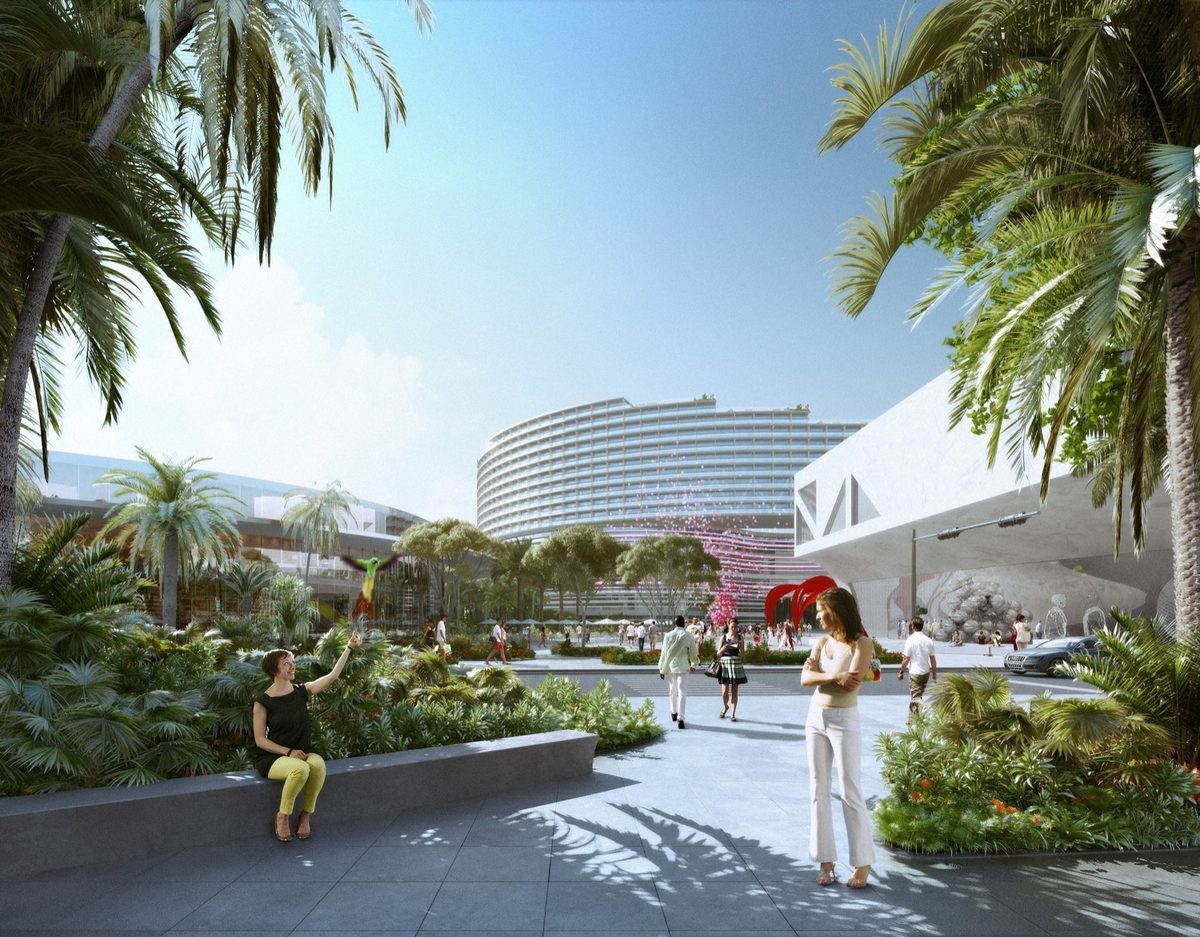 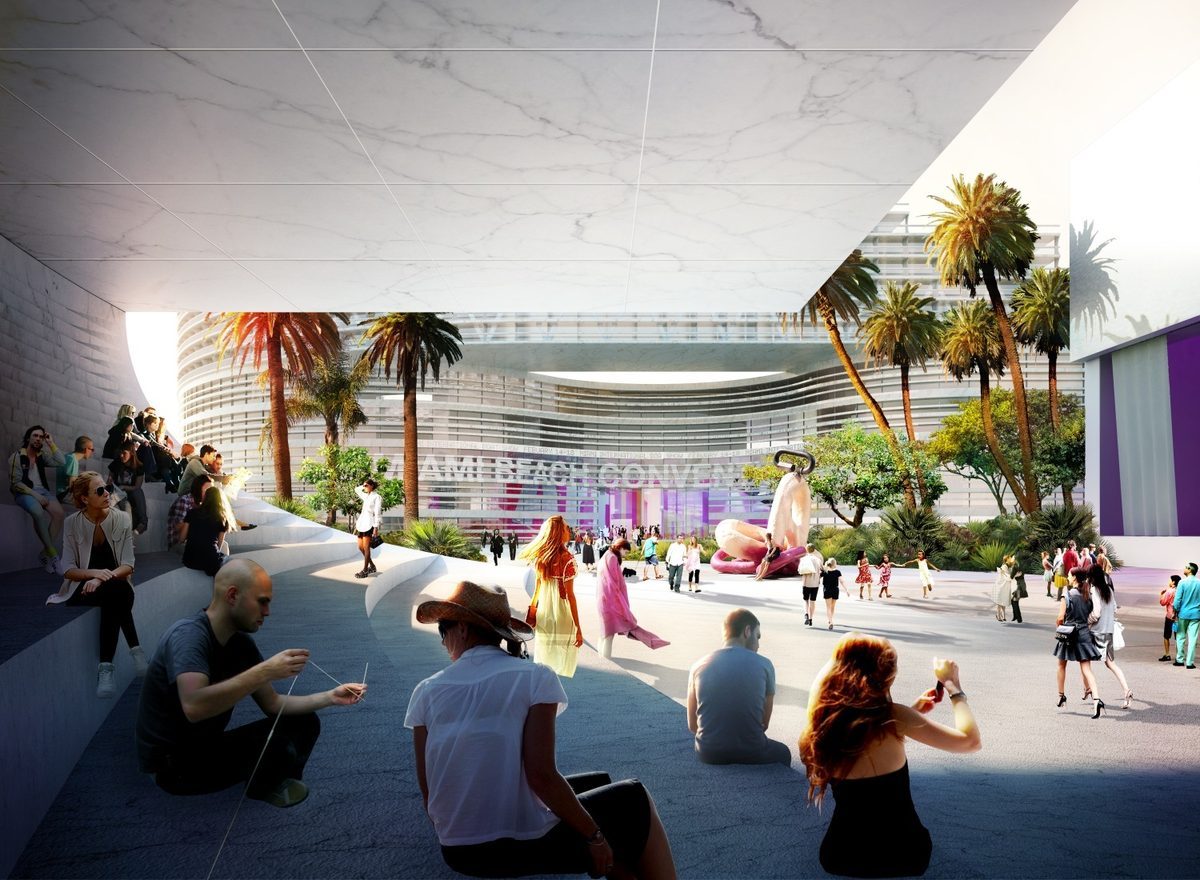 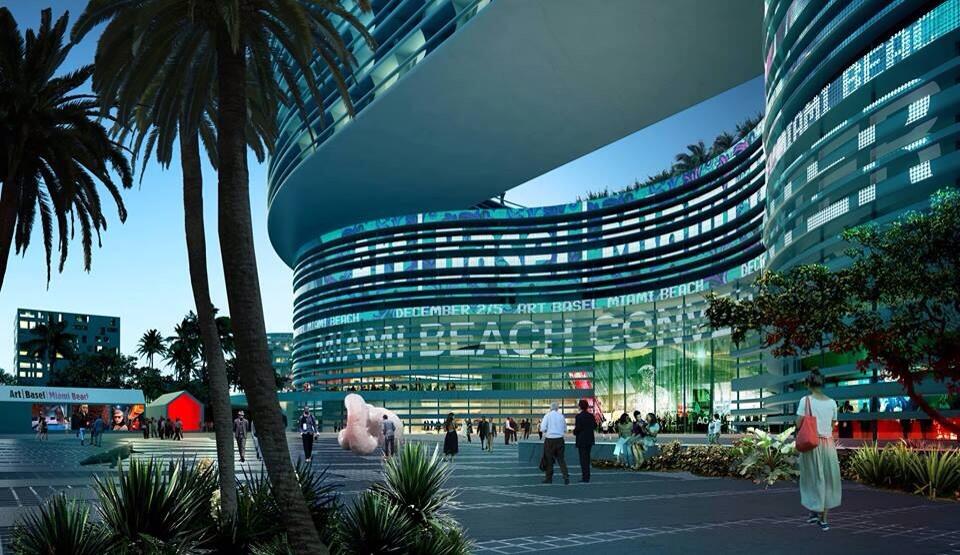 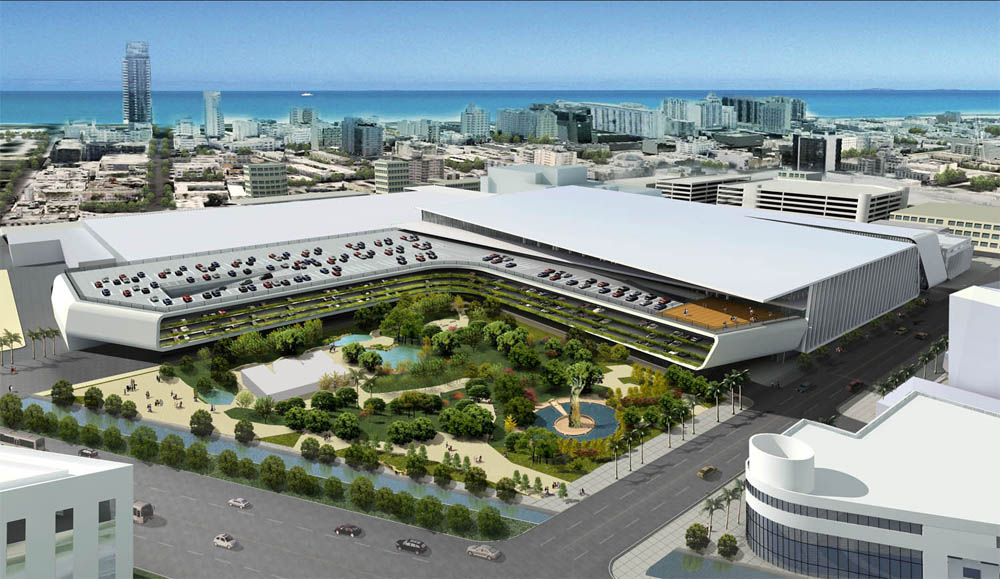 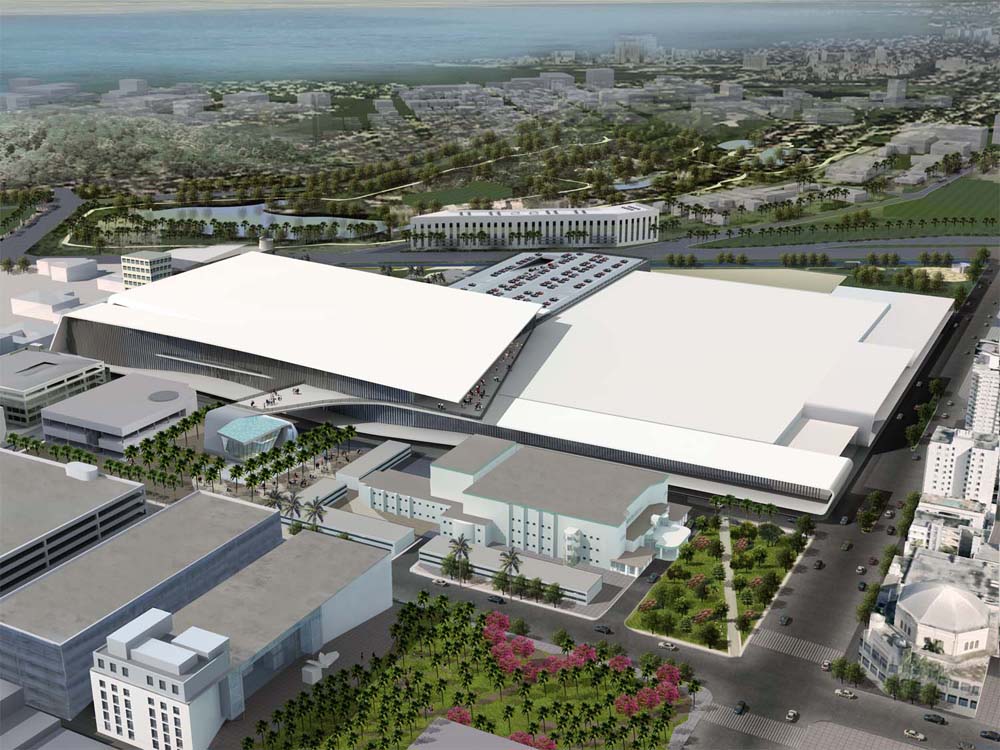