Landscape design firm ArquitectonicaGEO wants to transform the Wynwood area with a proposal called WynwoodWalks, as part of a streetscape master plan that the firm is creating for the neighborhood, commissioned by the city.

WynwoodWalks would become a network of pathways, edge parks, woonerfs, and a wellness loop connecting the entire neighborhood.

Three living streets known as woonerfs are proposed, including NW 3rd Avenue (already in design by Brooklyn’s Local Office Landscape), NW 1st Avenue, and NW 1st Place. Those streets would be primarily designed for pedestrians and cyclists and as a social gathering space.

At the eastern and western edges of the neighborhood, two linear parks spanning .59 and .46 miles are proposed, with wellness amenities and a focus on connecting to nature. One park would run along the Brightline rail tracks first built by Henry Flagler and would be known as Flagler Trail.

A network of linear parkways with oversized medians containing art and landscaping is also proposed, including North Miami Avenue and NW 29th Street which connects to Midtown Miami.

For the remainder of the neighborhood, shade trees were on top of the most wanted list when community surveys were conducted, ArquitectonicaGEO reported. “Tierrita designs,” with parklets, groves, and bioswales are also planned.

The preliminary presentation is below. It was first publicly presented at a community meeting on December 11. 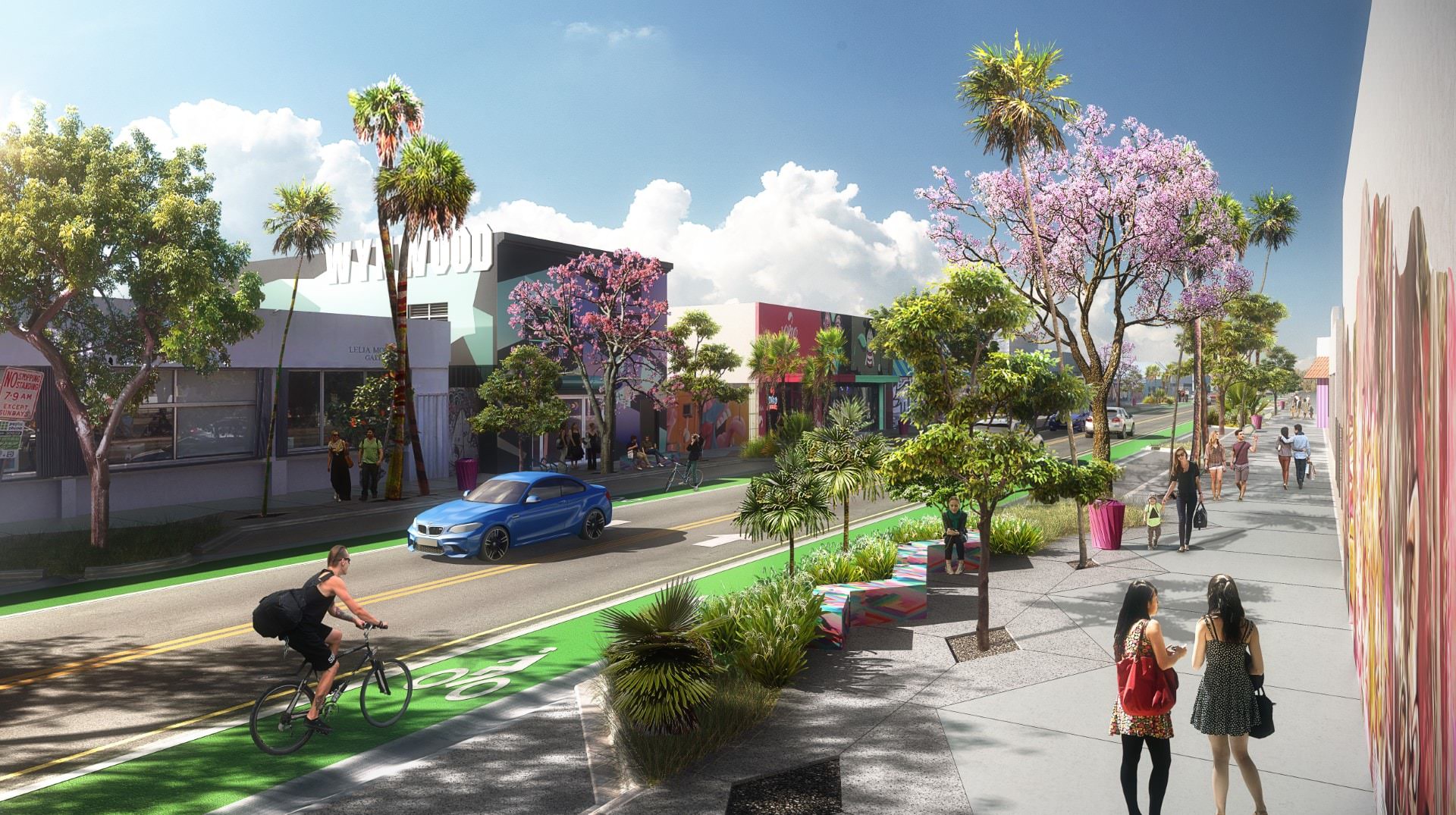 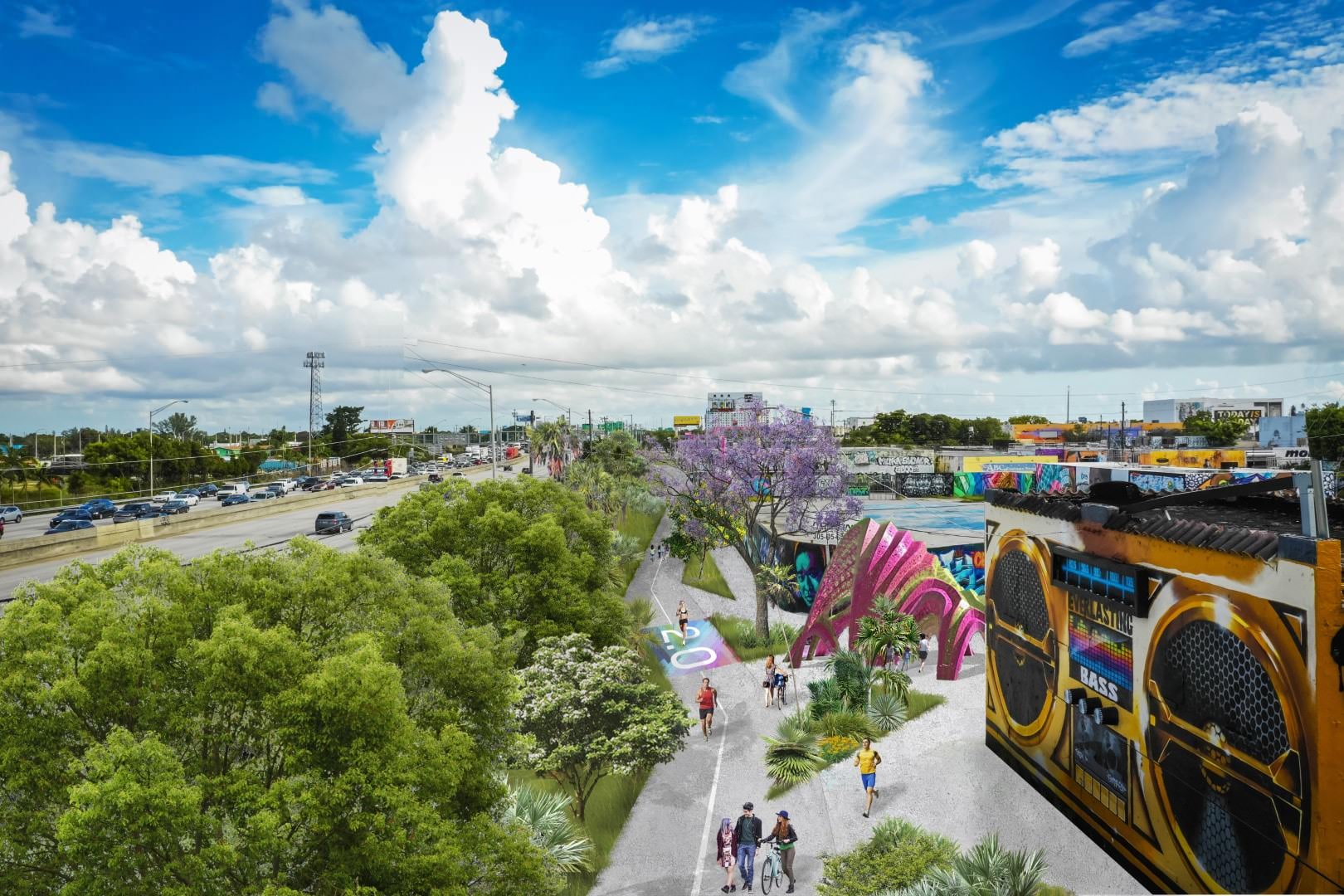 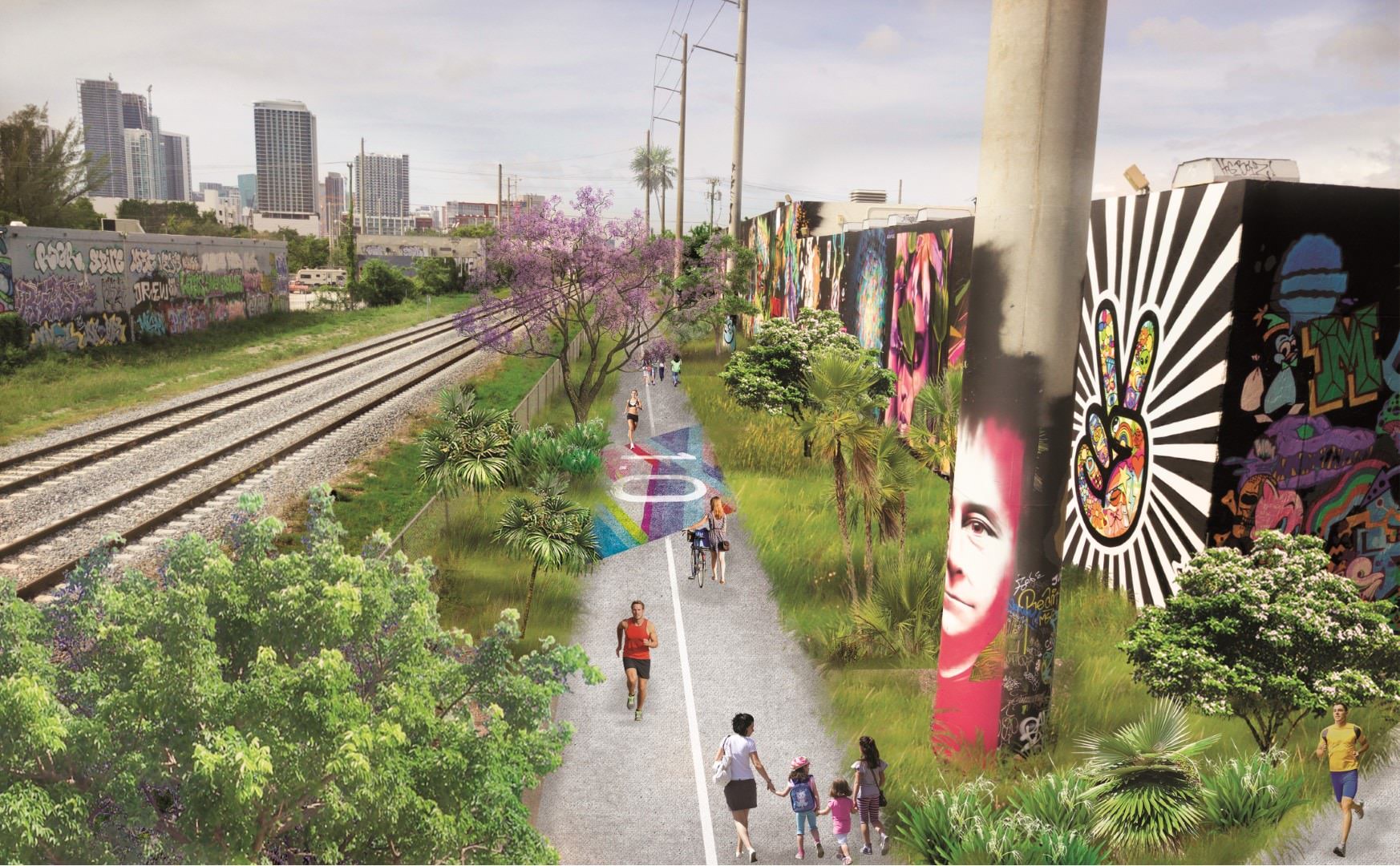 The ArquitectonicaGEO team visiting the area earlier this year: 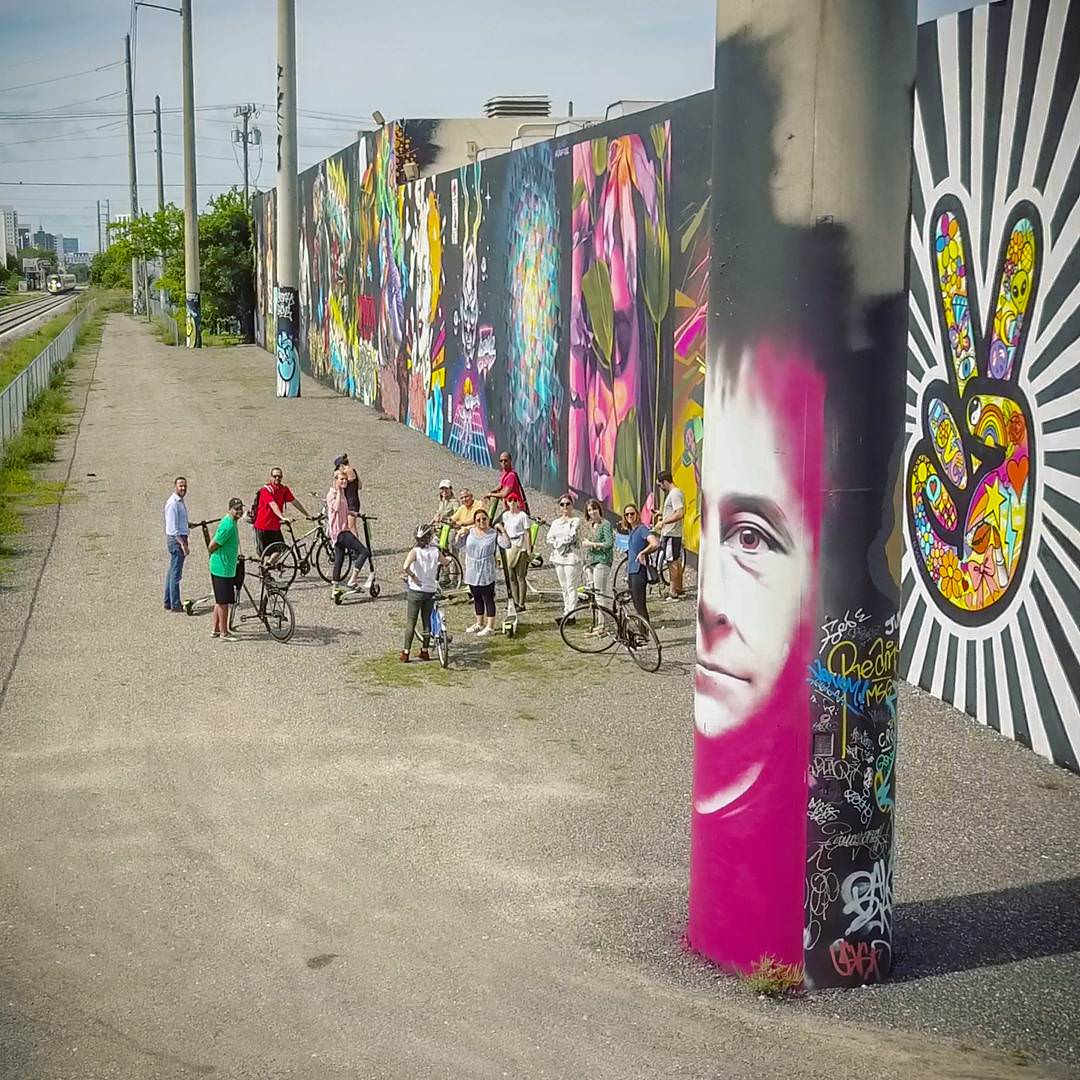