According to the April 15 filing, a 69-story residential condominium is being built. Itau BBA International of London is listed as the lender, with Coastal Construction the contractor.

Foundation work began in October 2017, and two cranes were installed in February.

According to the developers, waterproofing and steel installation is now underway, in preparation for one of the largest mat foundation pours in Miami’s history.

The tower will be the second tallest in Miami at completion, with a height of 816 feet above ground. 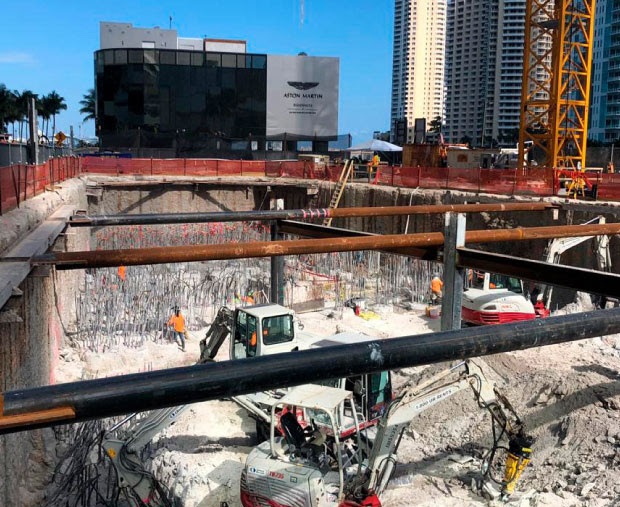