Up for sale: the Prime Banco Santander property at 1401 Brickell Avenue.

The Spanish bank once wanted to build a 950-foot tall Americas headquarters tower on the site, but those plans were cancelled in 2008 with the worldwide recession.

The FAA initially approved the 950-foot building height, but cut it to 844 feet in 2014 when a new approval was requested.

A call for offers on the property is due November 1. 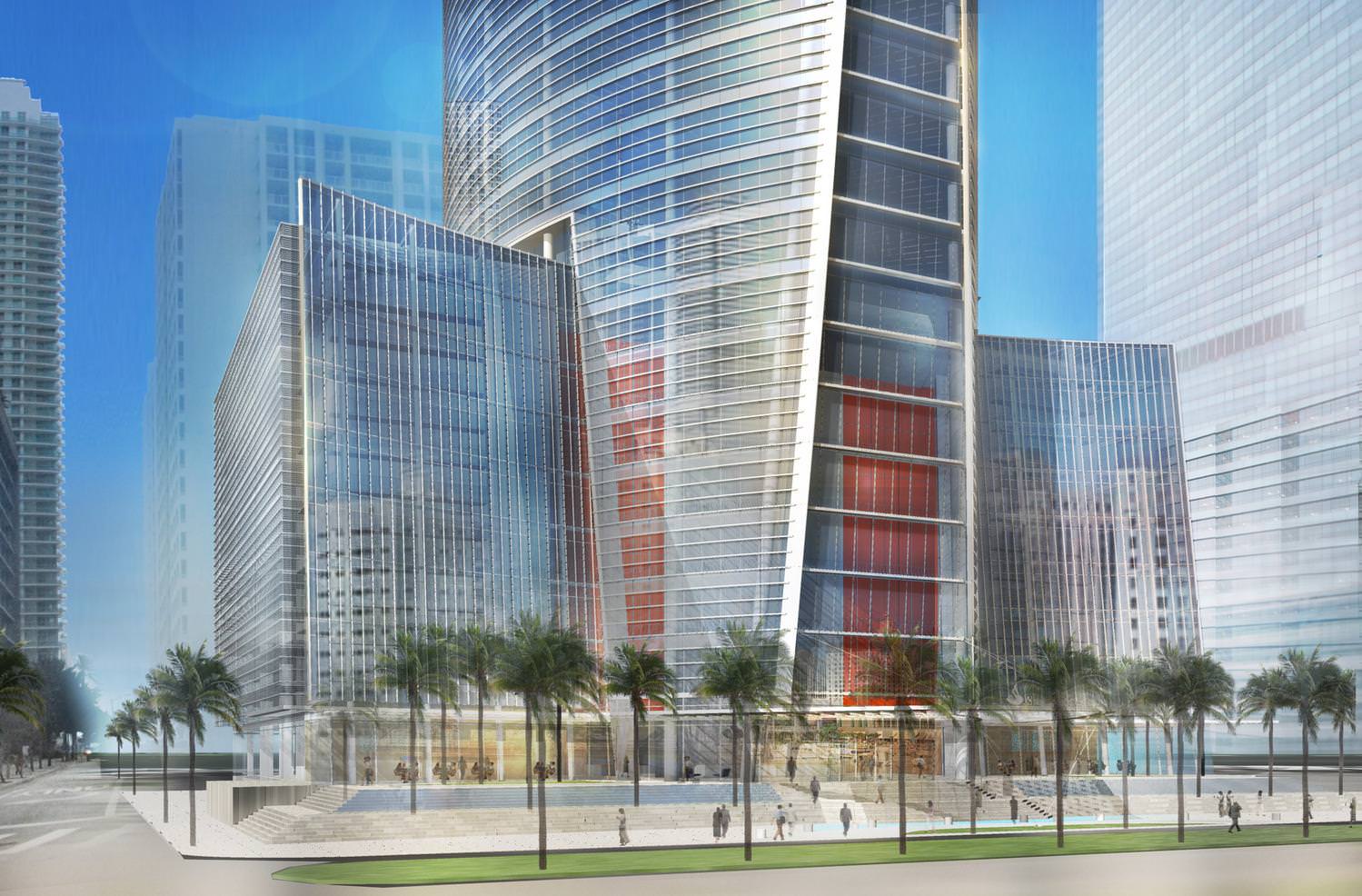