New renderings of an observation wheel planned in downtown Miami have been released by Bayside Marketplace, where it will be built. The images were given to the Herald.

The renderings show a 176-foot tall wheel, along with two supertall towers planned nearby – The Waldorf Astoria Hotel & Residences at 300 Biscayne, and the SkyRise amusement tower.

Both supertalls are planned at an identical 1,049 feet above sea level, but SkyRise oddly appears much shorter in the new rendering.

By comparison, the London eye is 443 feet.

The Bayside observation wheel is already being stored in pieces in Miami, ready to be assembled (pieces of it were already purchased in 2017). It will be running before the Super Bowl next February.

There will be 42 glass-enclosed gondolas that each hold eight people. The ride will run slower than a typical Ferris Wheel, and last for 12-15 minutes. A consultant called it “a Ferris wheel on steroids.” 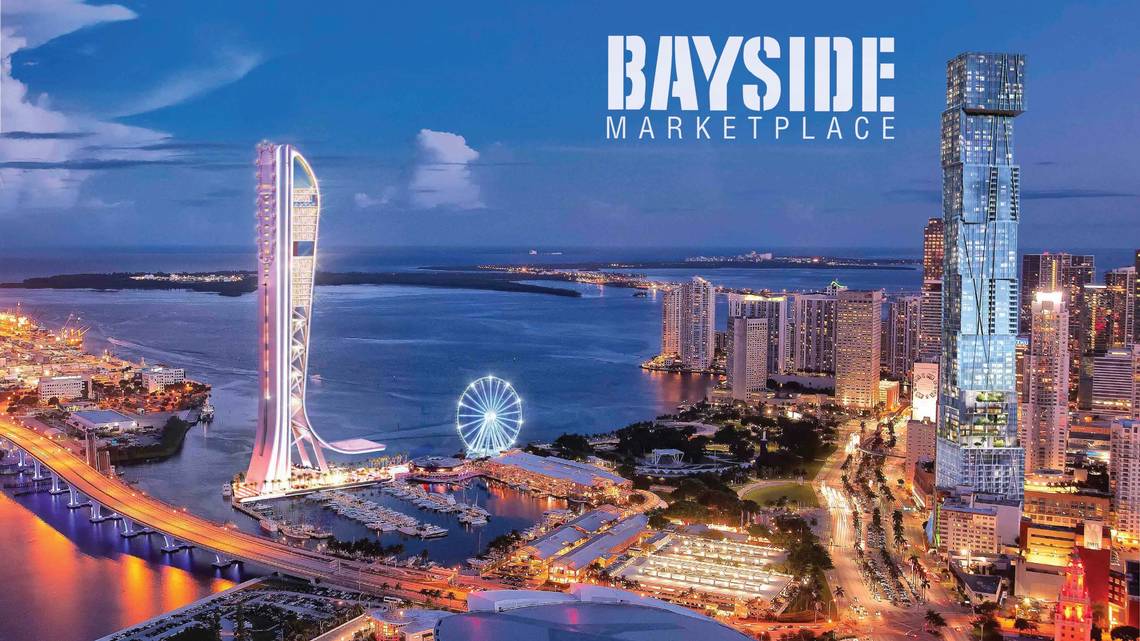 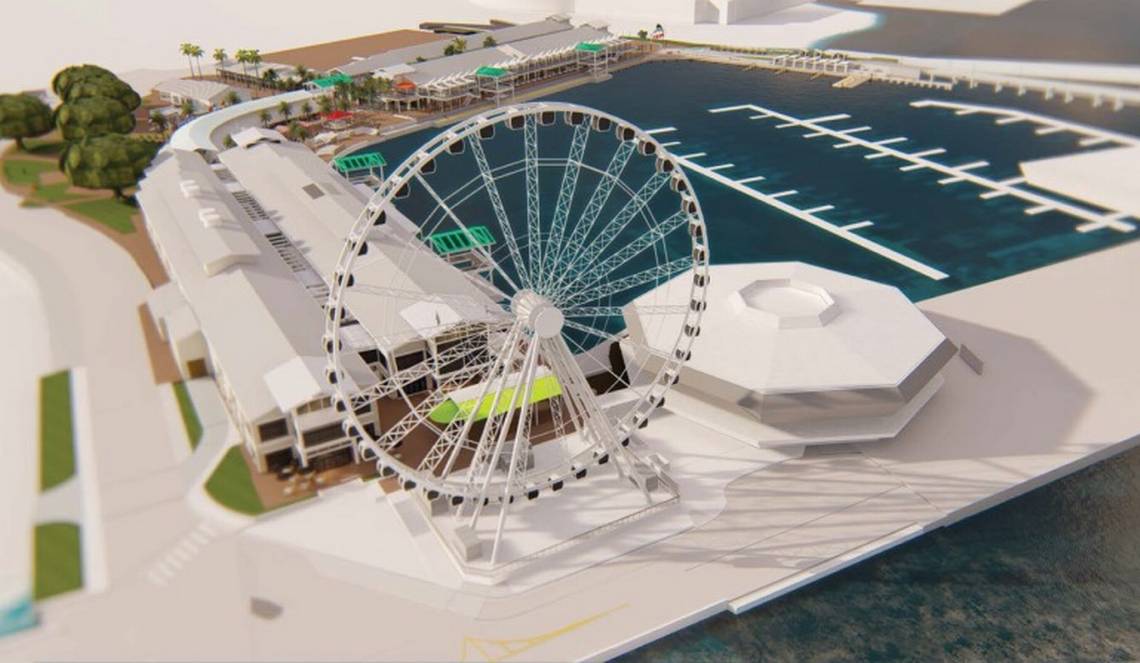