Could Beach Rail Link Be Via Julia Tuttle Instead Of MacArthur Causeway?

Miami Beach’s new mayor and commissioners are in favor of a mass transit link to the mainland, but want alternatives to the county’s Smart Plan to be considered.

Yesterday, commissioners voted unanimously to support the Smart Plan, which includes a transit link from Miami Beach to the mainland.

A second resolution asked the county to consider building the new line on the Julia Tuttle Causeway, either instead of or in addition to the MacArthur Causeway. It also passed.

The reason the Julia Tuttle may be preferable, according to some commissioners: it generally has more space available, and there are fewer concerns about bringing a train into the historic district of South Beach. One commissioner also claimed that it was closer to the airport.

Commissioners also spoke of exploring building Bus Rapid Transit lanes to provide real life data on ridership. One commissioner thought the line should run north-south through North Beach, instead of to the mainland. 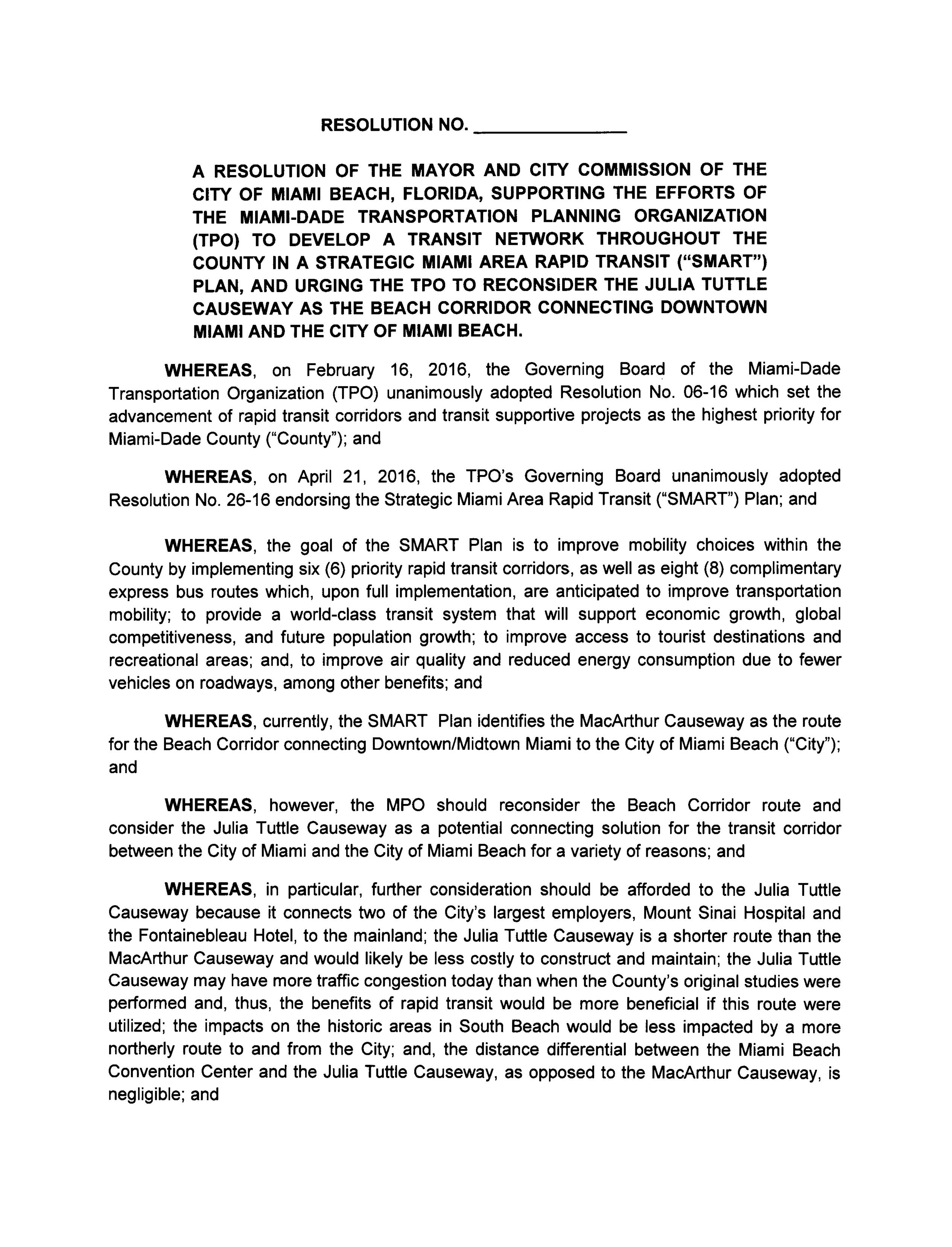 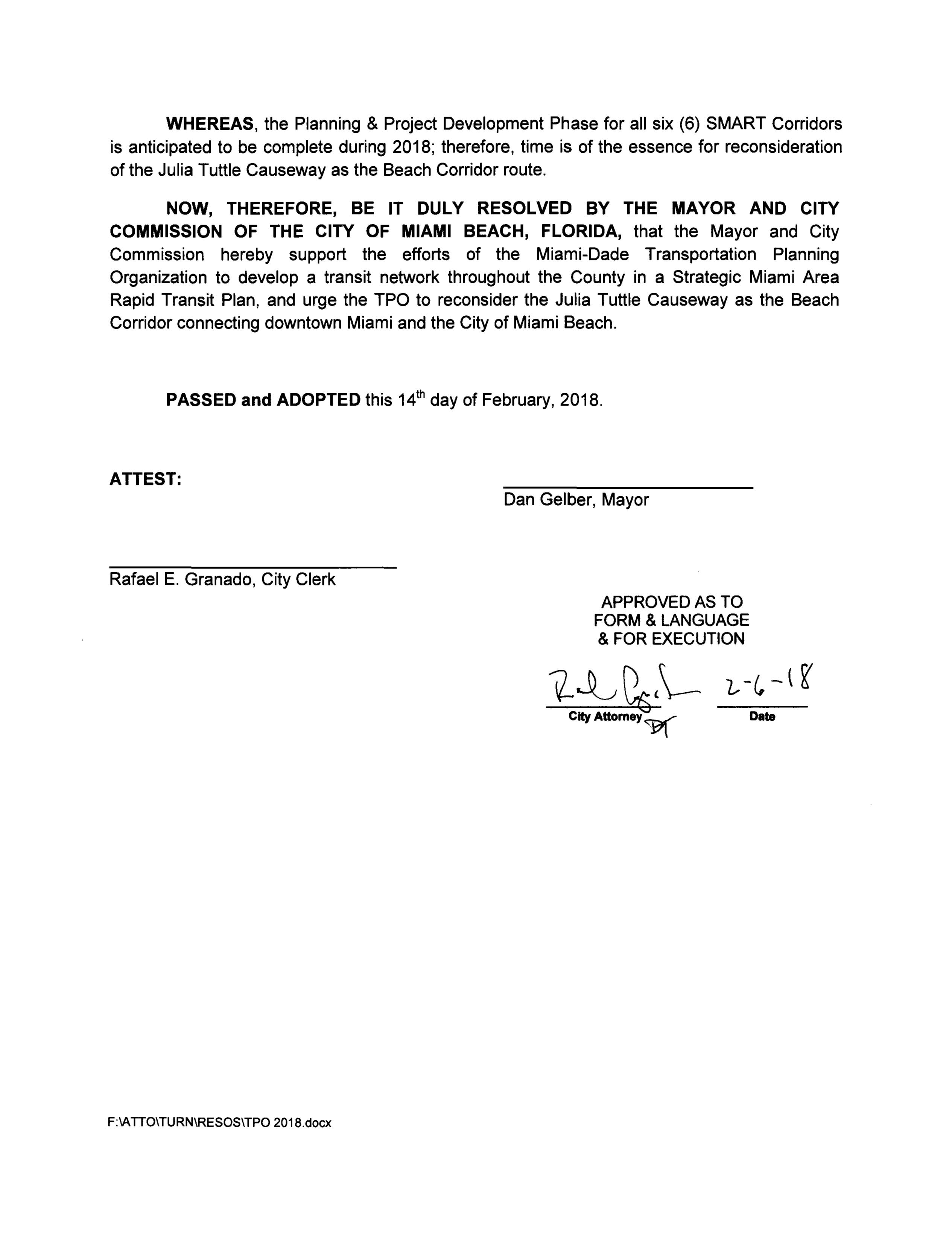