Beckham Has Promised To Replace 73 Acres Of Lost Green Space, But Where?

Miami commissioners voted yesterday in favor of beginning the process to pave over the biggest (and one of the few remaining) green spaces in the city.

To gain approval, developer Jorge Mas and partner David Beckham promised to comply with the City of Miami Comprehensive Plan No Net Loss Policy for recreation space, which requires lost park space to be replaced elsewhere.

It’s highly unlikely though that the city will actually see the creation of any new green space though. Instead, it will likely be replaced with park space already in the works for the city that will simply be designated to help Beckham and Mas technically qualify.

According to the developer’s own presentation, they are developing 73 acres at Melreese, while leaving 110 acres as park space.

Creative accounting appears to have been used to arrive at that number. Roadways into the Beckham development are shown as parkland, by being labeled as circulation for the park. Also counted by Beckham and Mas as a park – the top of garages, which will have soccer fields totaling 23 acres.

At recent meeting, commissioners spoke of Beckham getting creative to replace the lost green space, including designating the Underline, Riverwalk and Baywalk as replacements. Another possibility is the 55-acre Heritage Trail planned under the new Signature Bridge.

Beckham already owns land in Overtown which was originally planned as the stadium. It was purchased for over $3 million an acre though, which probably is too expensive to be donated as parkland.

The city technically could also delay the start of play at Beckham’s stadium by not issuing a Certificate of Occupancy if they fail to comply with replacing the green space, but considering the hype the team will generate, that also seems unlikely. 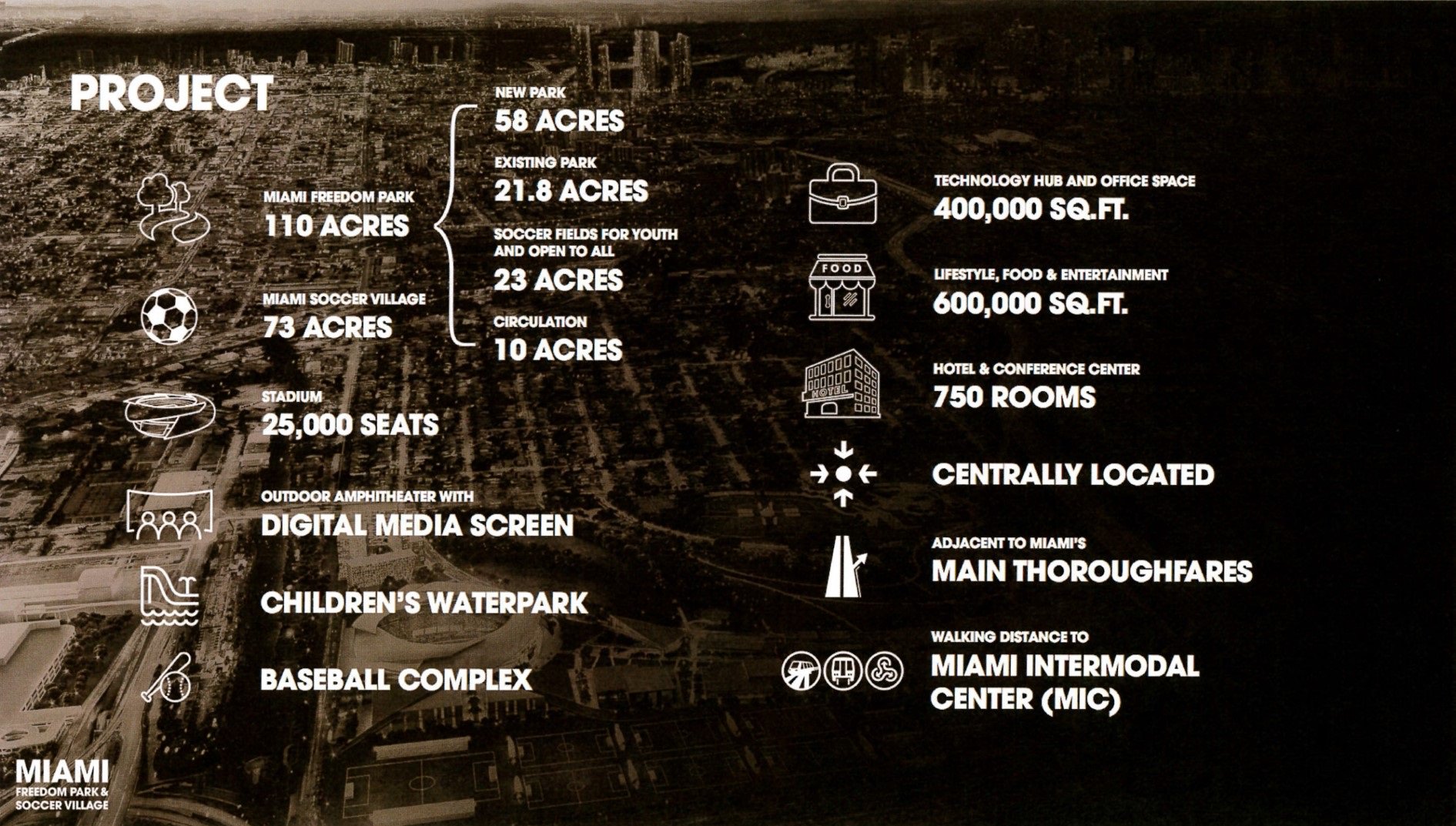