A tech billionaire who owns the Memphis Grizzlies has submitted plans to build an indoor basketball complex on Star Island.

The complex will be attached to a residence with unusual features, including a giant 21-foot television screen in the living room.

Robert Pera purchased the 80,664 square foot lot at 23 Star Island in August 2019 for $25 million. Pera controls Florida Property Holdco LLC, which owns the property,  according to a disclosure filed with the city of Miami Beach.

Pera has now filed plans to build the new complex, after demolishing an existing home there.

The plans include an indoor basketball area capable of hosting an entire NBA team. It will have a full size basketball court, a training area, a cryo room, sauna, massage room, and a locker room with 12 lockers, six showers and restrooms.

An outdoor tennis court convertible to a volleyball court is planned behind the basketball complex.

The residence will feature a living room with a giant TV wall that is 21 by 21 feet.

Just three bedrooms are planned. There will be two guestrooms on the main floor. One bedroom is planned upstairs – but it will be over 8,215 square feet. In total, the complex will have 28,871 square feet.

Behind the home will be a large outdoor pool deck, with floating islands in the pool.

Pera is the founder of Ubiquiti Networks, and is worth $14.4 billion.

Choeff Levy Fischman is the architect.

Miami Beach’s Board of Adjustment will review the proposal for several waivers requested at a meeting on April 9. 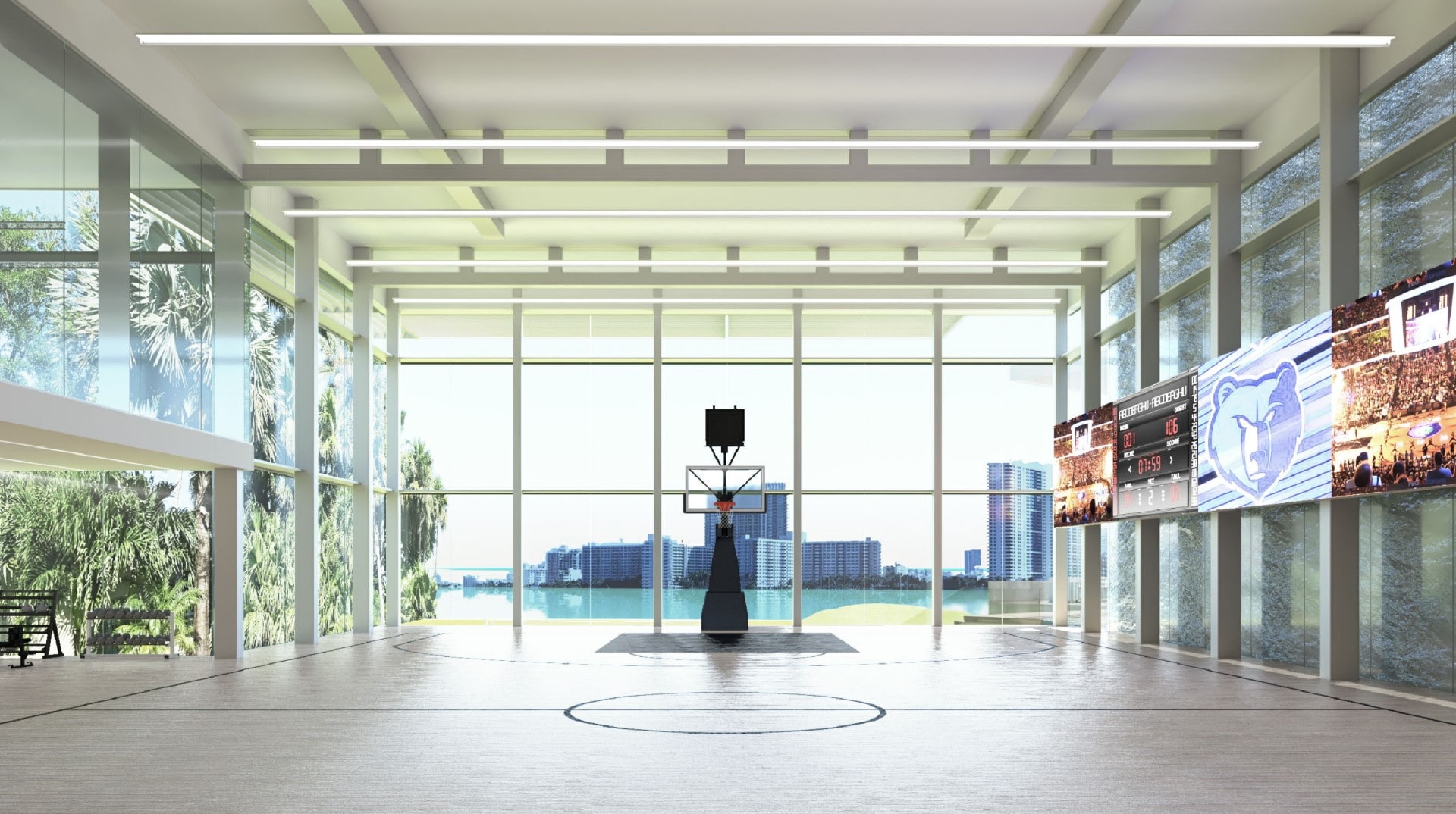 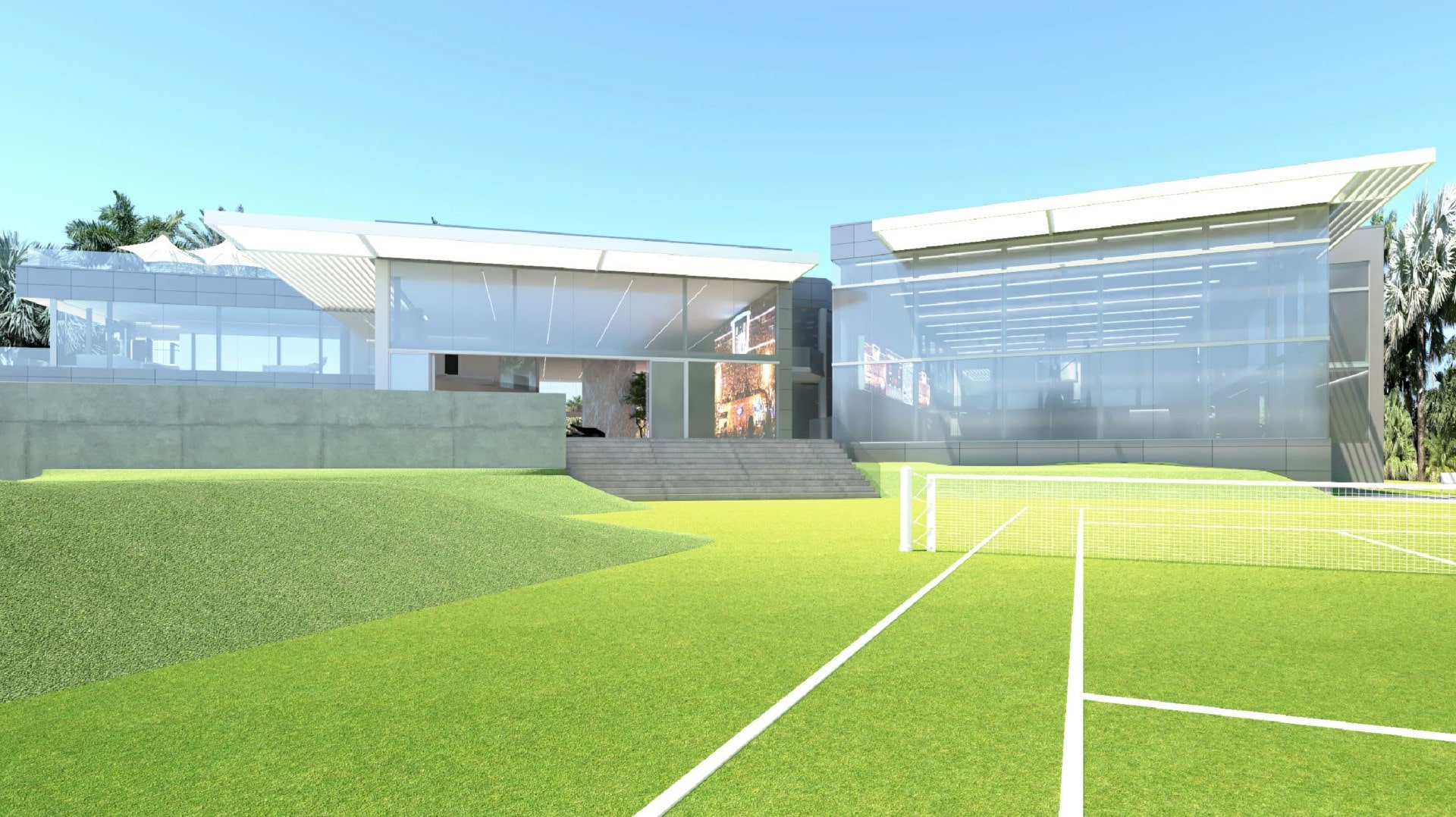 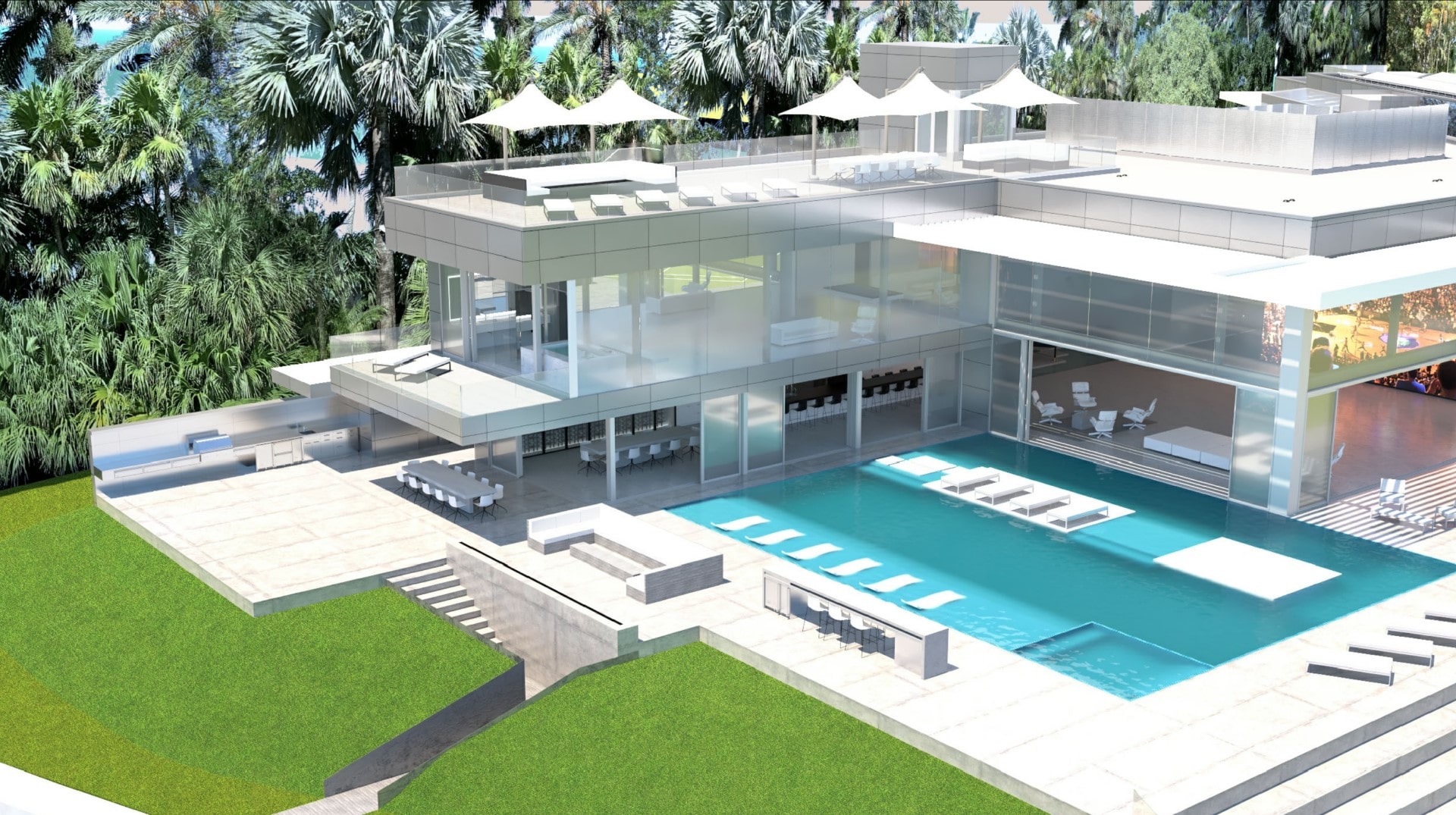 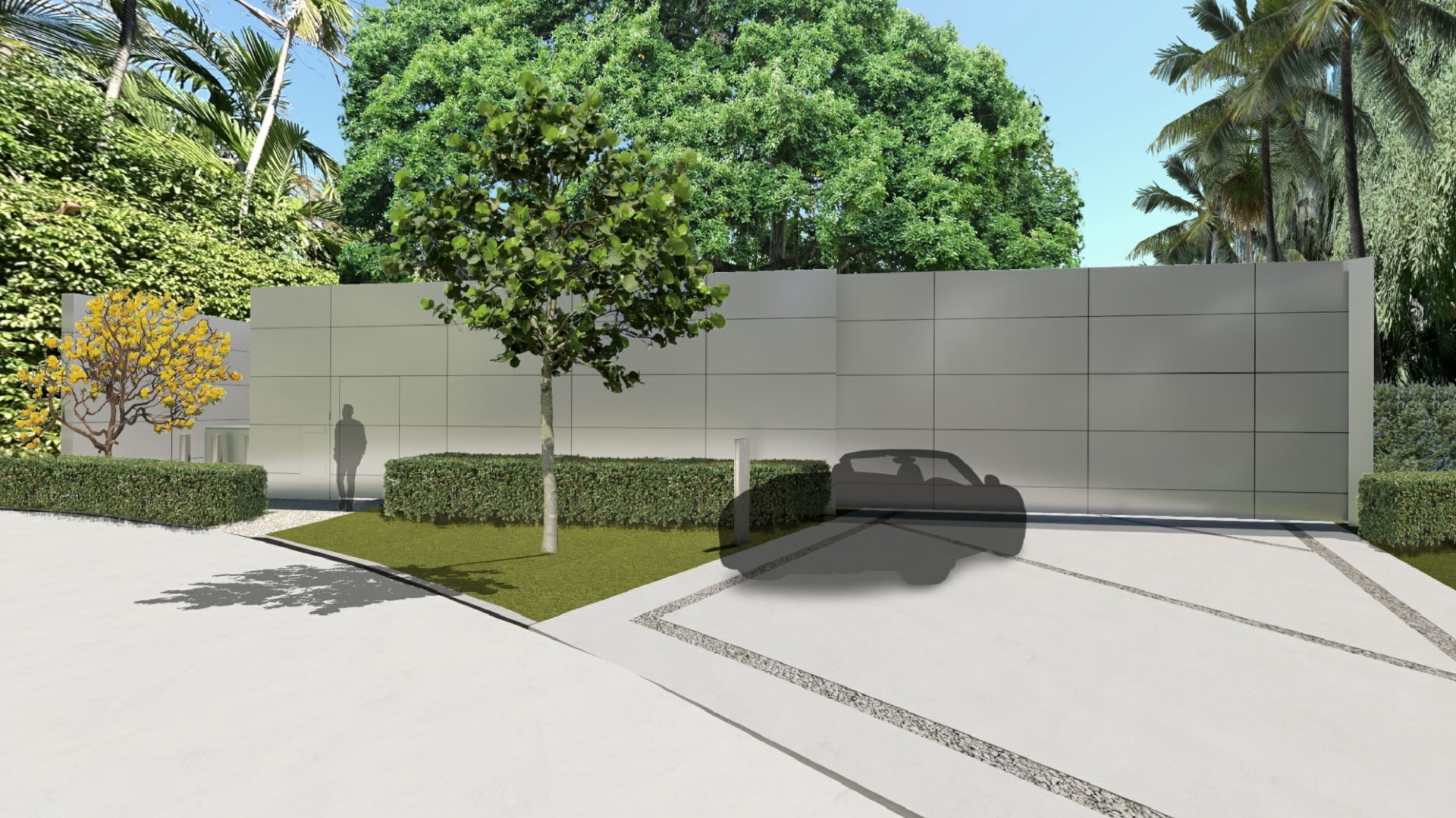 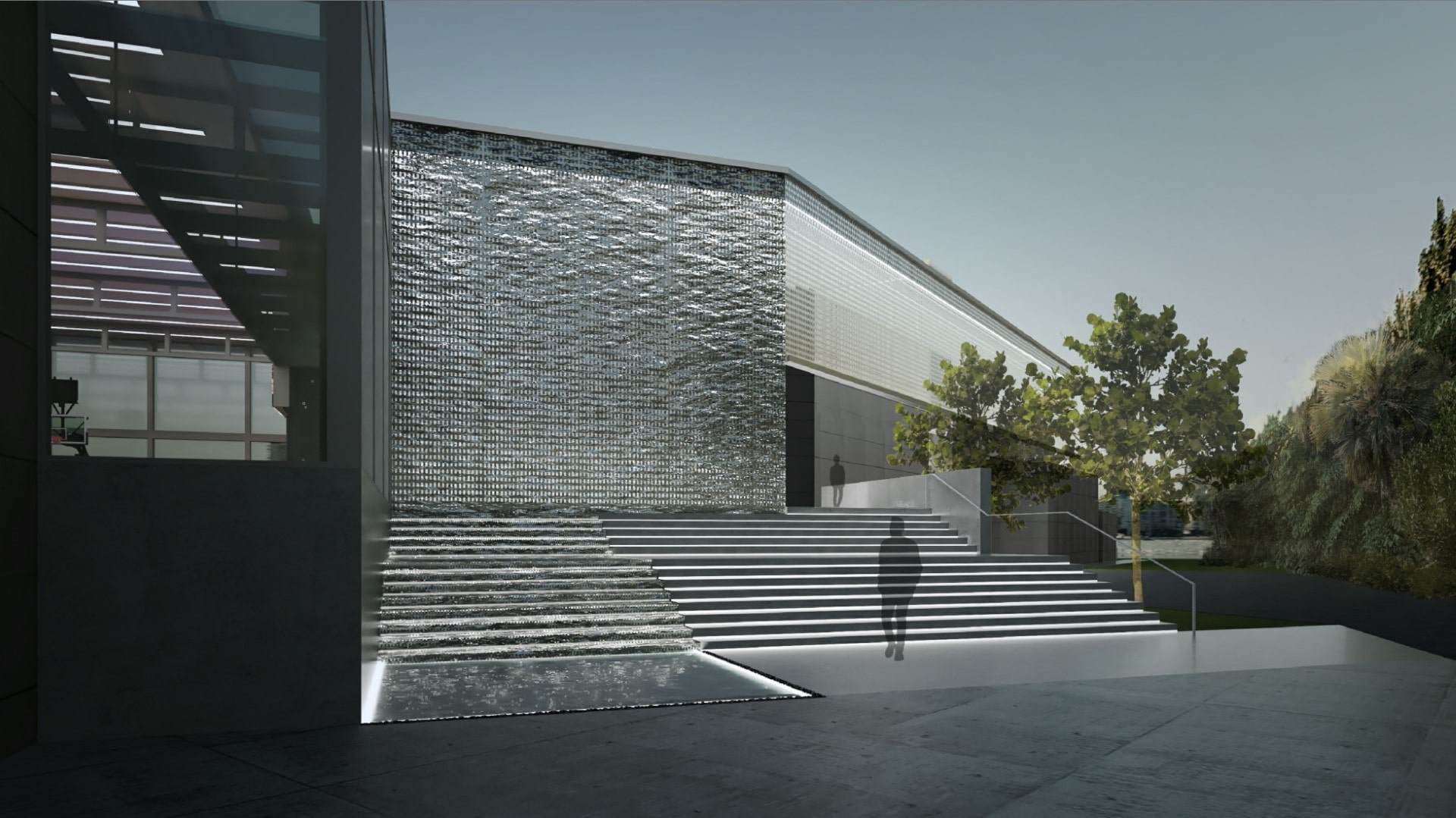