More condos are coming to the Biscayne Landing property in North Miami, which was once a superfund site.

Oleta Partners LLC, a partnership between Michael Swerdlow and the Lefrak Organization, are buying an additional 50 acres from the city of North Miami. They are paying just $4 million up front for the newly added land, with another $16 million to be paid over the next ten years. The city will also get 2 percent of condo sales.

The developers plan to build over 4,000 units at the site.

North Miami, Florida – October 30, 2014 – Biscayne Landing, the premier mixed-use real estate development located at N.E. 151 Street and Biscayne Boulevard in the City of North Miami, will move forward after the North Miami City Council’s decision to approve a comprehensive resolution to sell approximately 50 acres of land currently under a ground lease to Oleta Partners, the developers of the project.

“We are extremely pleased with the City Council’s decision,” stated Michael Tillman, President of Oleta Partners LLC. “Together with other agreements that will streamline the development process, this approval allows this critically important project to move forward.”

The Biscayne Landing project will include lifestyle retail and a residential community comprised of more than 4,000 units. Once completed, it will not only reshape the City of North Miami, but will generate thousands of new jobs, and, over time, provide an infusion of millions of dollars in sales and property tax revenues.

“We are pleased that the Biscayne Landing project is moving forward,” said North Miami Acting Mayor Philippe Bien-Aime. “This is a sign of true progress for our City. This project will be an invaluable resource to North Miami and our residents for years to come.” 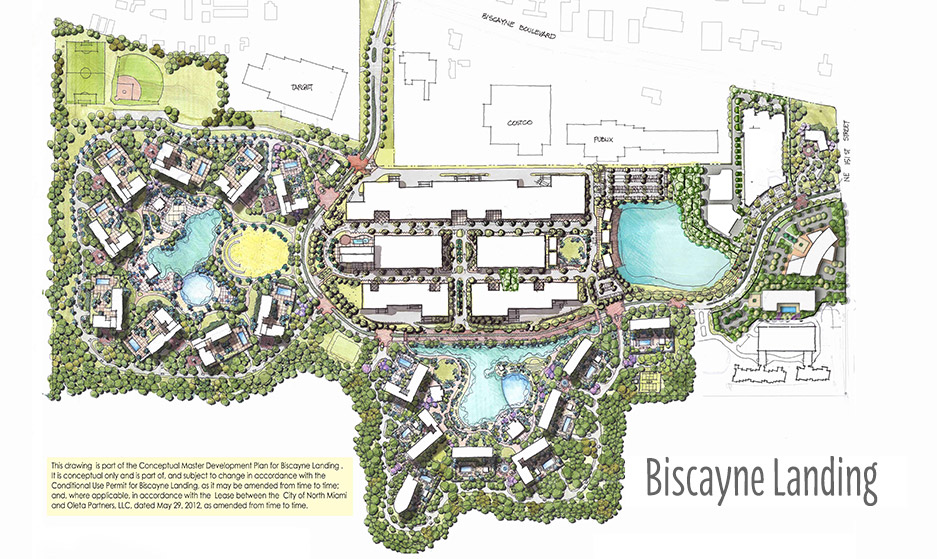