Local governments will have a lot more money to spend this year, thanks to a construction boom and record property values.

According to a Dade Property Appraiser estimate issued today, $5 billion in new construction was added to tax rolls over the past year: 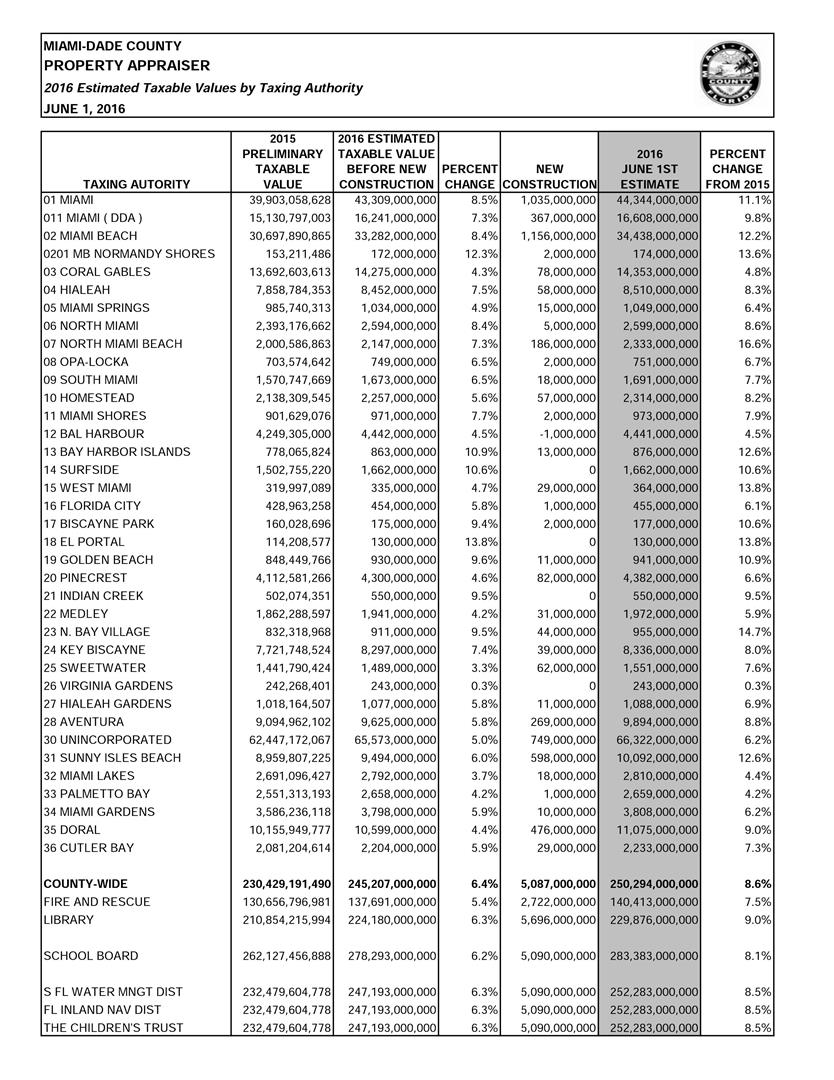