The developer of Brickell City Centre is requesting Miami commissioners approve a pedestrian easement deal that will allow development of the block known as BCCN2, or North Squared.

The move comes shortly after an Italian food hall in the former La Centrale space directly across the street from the BCCN2 site reportedly closed.

There are plans for both a permanent development and a temporary fire station on the BCCN2 block. Notes on the commission agenda refer to the easement as being related to the fire station.

The easement will include a greenway pedestrian area under the Metromover.

Plans for a permanent tower on the BCCN2 site were previously approved by the city as part of a Special Area Plan.

BCCN2 (North Squared) is proposed to include:

The temporary fire station is proposed as a 1,640 square foot pre-fab structure to be installed at a cost of $288,000, according to a 2019 construction permit application. However, there has been no activity on this permit since mid-2020.

Retail, residential, and office are all doing extraordinarily well as of late at Brickell City Centre.

According to Swire’s most recent report to investors, the 780 condo units previously built in the Reach and Rise towers at Brickell City Centre are now 100% sold out (81 of those units were sold to a partnership between KAR Properties and Fortune International Group).

The office buildings at the complex were sold off by Swire in recent years, with the office space at 100% occupancy.

The commission vote on the pedestrian easement is scheduled for March 10.

Preliminary massing from 2013 shows the new BCCN2 tower across from Reach, connected with an extension of the climate ribbon: 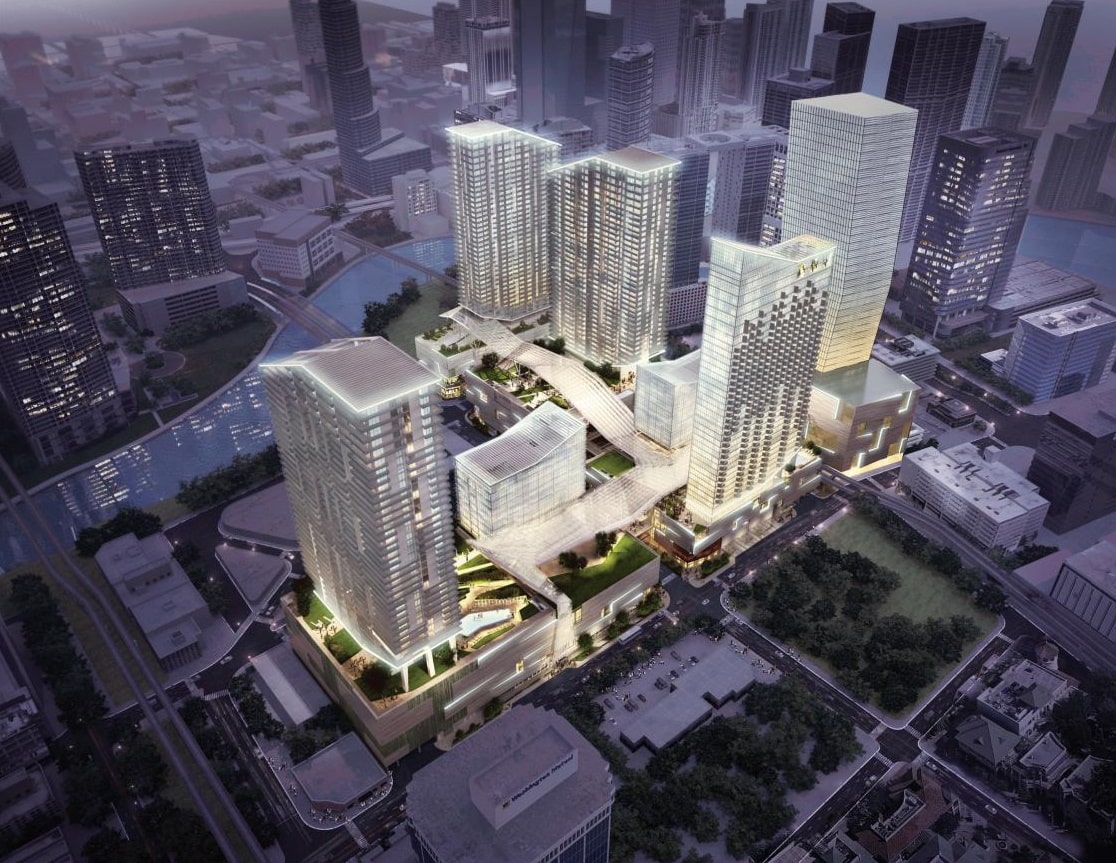 The BCCN2 addition to the Brickell City Centre Special Area Plan in 2013:

A more recent amendment to the SAP showing the BCCN2 plans: