Brickell Flatiron About To Top Off At 64 Stories, Becoming Tallest Condo South Of New York

Developer Ugo Colombo’s 527-unit Brickell Flatiron condo tower is now one floor away from topping off.

The developer says the tower will become the tallest condo building south of New York City when it tops off, at 736 feet above ground (others in Miami, including Aston Martin Residences, are planned to exceed that height).

Construction crews are now working on level 63. Just one floor remains to be poured before top off at 64 stories.

As of today, 87 percent of units are sold. Seven out of ten buyers this year are American – a reverse from two years ago when 70 percent of buyers were foreign. Most buyers today are from the northeast.

Colombo said that New Yorkers are more attracted to Miami than ever before due to the emergence of downtown Miami and Brickell as a 24-7 urban destination and South Florida’s favorable tax climate. 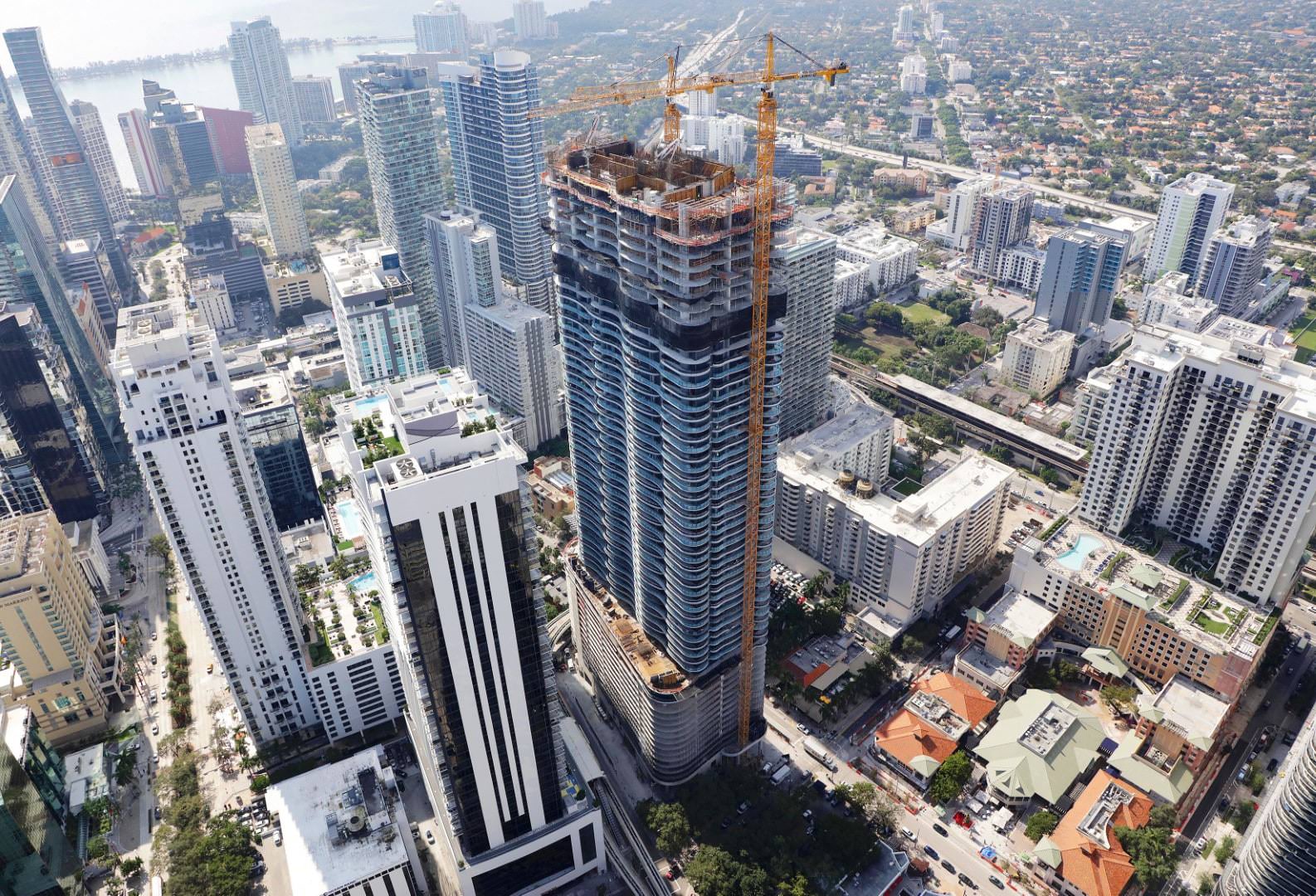 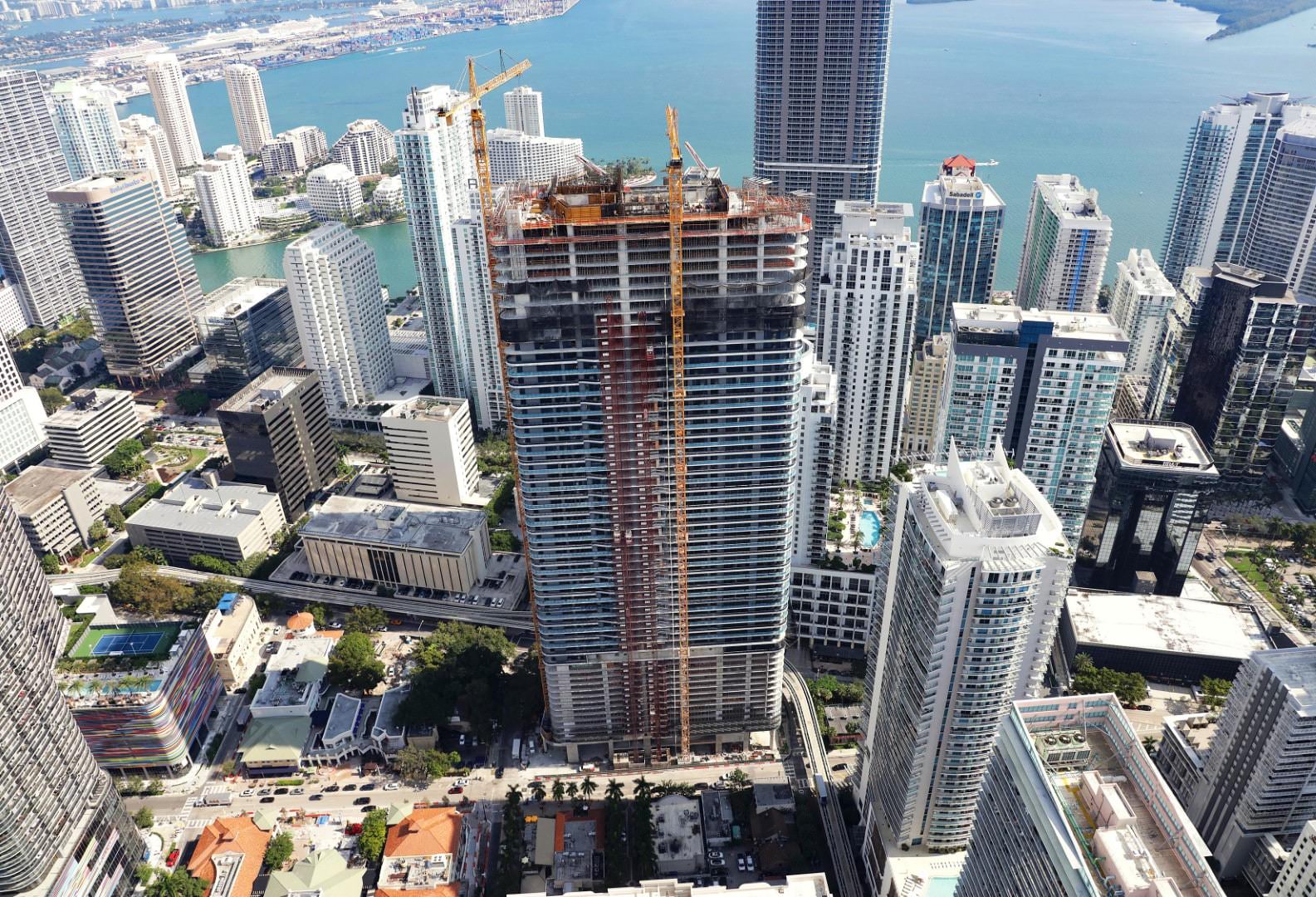 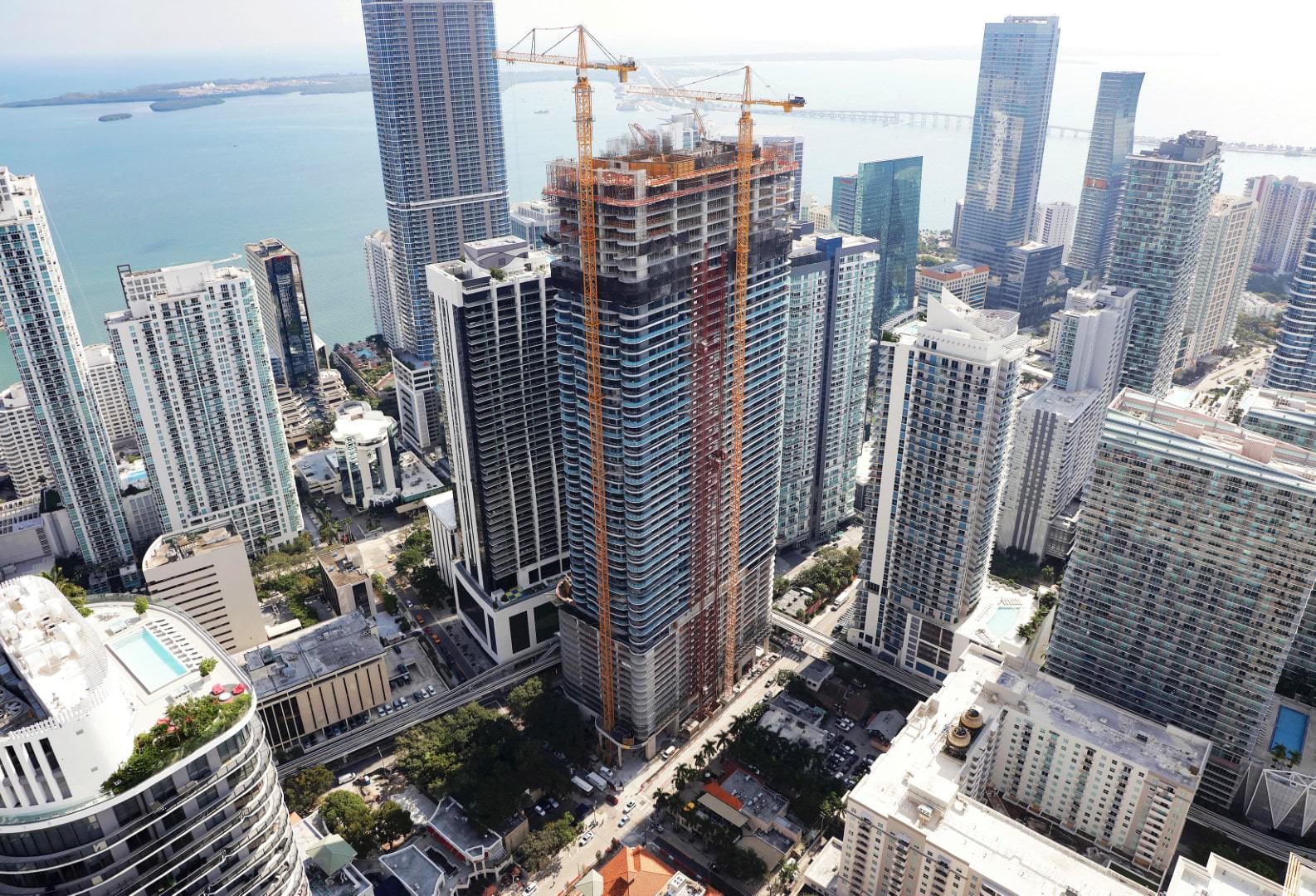 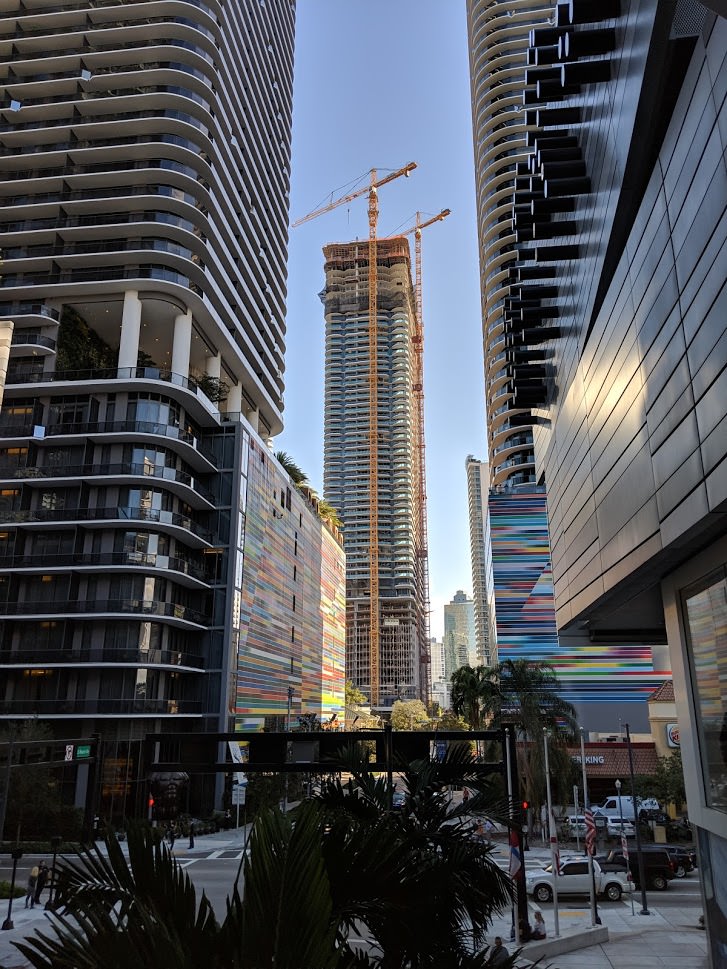