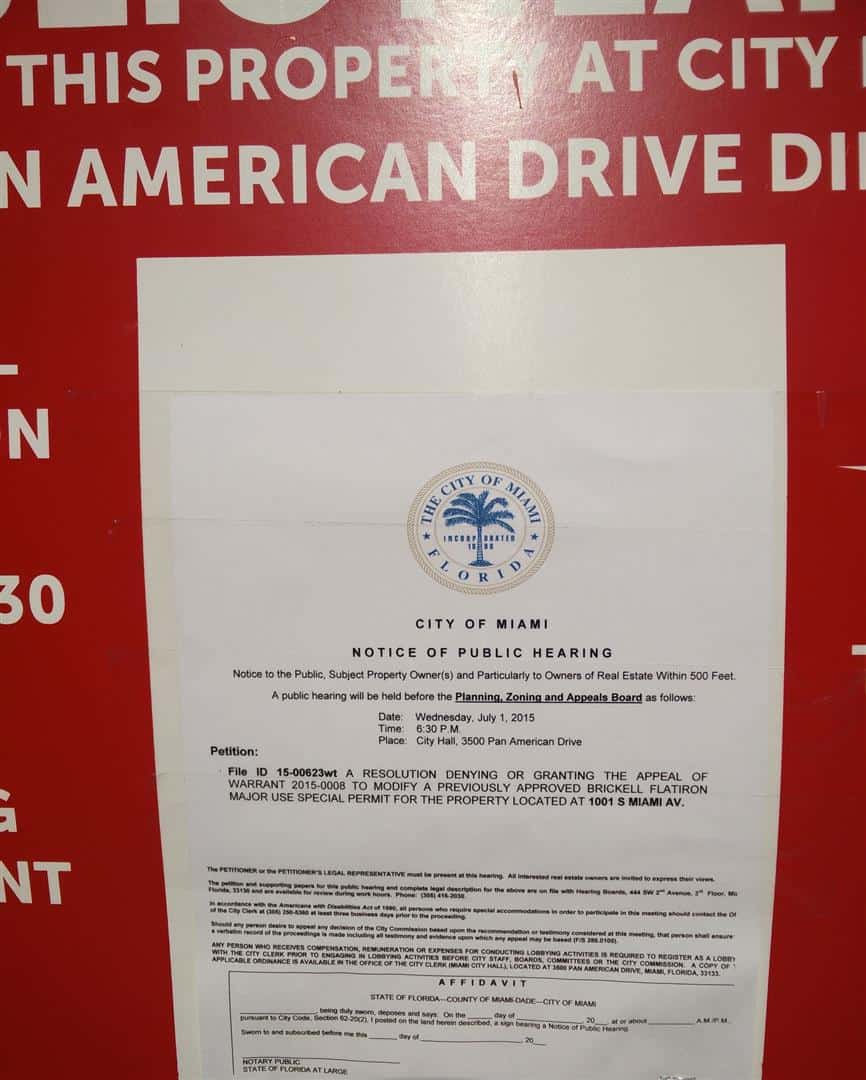 Brickell Flatiron’s Approval Is Under Appeal, Developer Hopes To Resolve By Next Week (Updated)

The approval of Ugo Colombo’s Brickell Flatiron condo tower by Miami’s Planning Department is being appealed by a third party, but the developer says that it could be resolved soon.

A representative for the developer told TNM that they expect to reach a deal to have the appeal dropped by next week.

If the appeal is granted by a Miami board, developer Ugo Colombo could be forced to redesign the project or revert to an earlier, approved plan. Both options would be costly to the developer, who already has nearly 40% of units in contract.

A 70-story, Enrique Norten-designed tower was approved by a Major Use Special Permit in 2006, and remained in place when Colombo bought the property in 2013. City officials granted approval earlier this year to modify that MUSP in order to build a Luis Revuelta-designed tower, and it is that modification that is under appeal.

If the developer fails to reach a deal with the petitioner, Miami’s Planning, Zoning and Appeals Board will consider the appeal at a meeting next week.