Construction is underway on an elaborate new restaurant in Brickell called Sexy Fish that will include $20 million worth of art.

Sexy Fish will be located on the ground floor of the Brickell Flatiron building on South Miami Avenue – one of the busiest street for pedestrians in Miami.

The owner of the restaurant has commissioned artist Damien Hirst and 92-year-old architect Frank Gehry to design $20 million worth of art and sculpture pieces for the new restaurant, according to the New York Post.

Hirst is designing a 23-foot octopus and a giant bronze wall relief that’s 88 feet long called “Sea Life,” along with a coral urinal for the new Brickell restaurant.

Gehry is creating fish sculptures “that will be floating in mid air,” hanging from a gold ceiling, along with 26 fish lamps.

The restaurant will have a 21-foot-long fish tank indoors.

Outdoors, there will be a “very special” garden and Koi pond.

Opening is scheduled for October.

The owner of the London-based restaurant, Richard Caring, also plans to live in Miami with his family. Caring is a majority owner of Soho House Group, which has a location in Miami Beach. 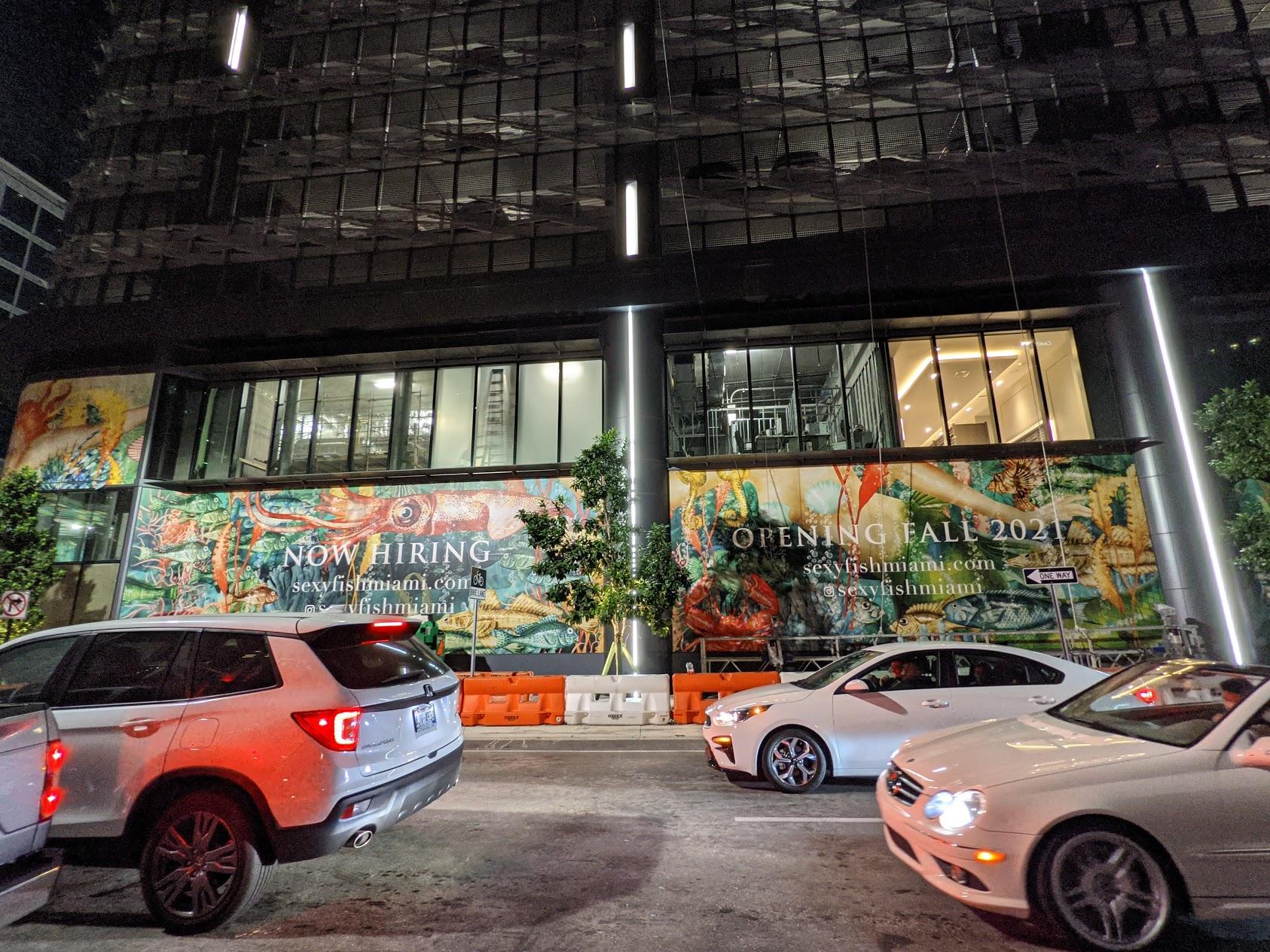 A rendering of the bar area planned at the new restaurant: 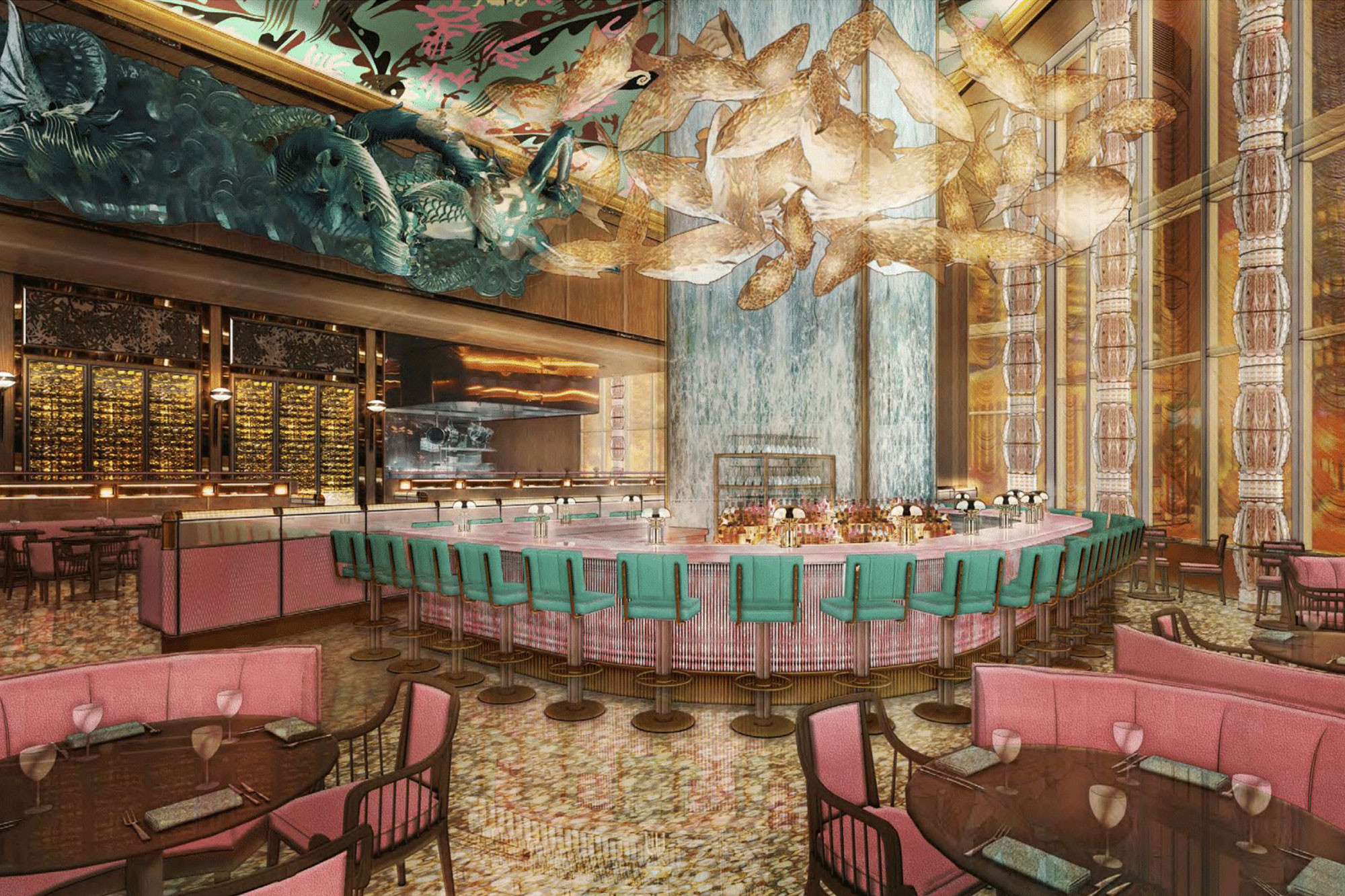 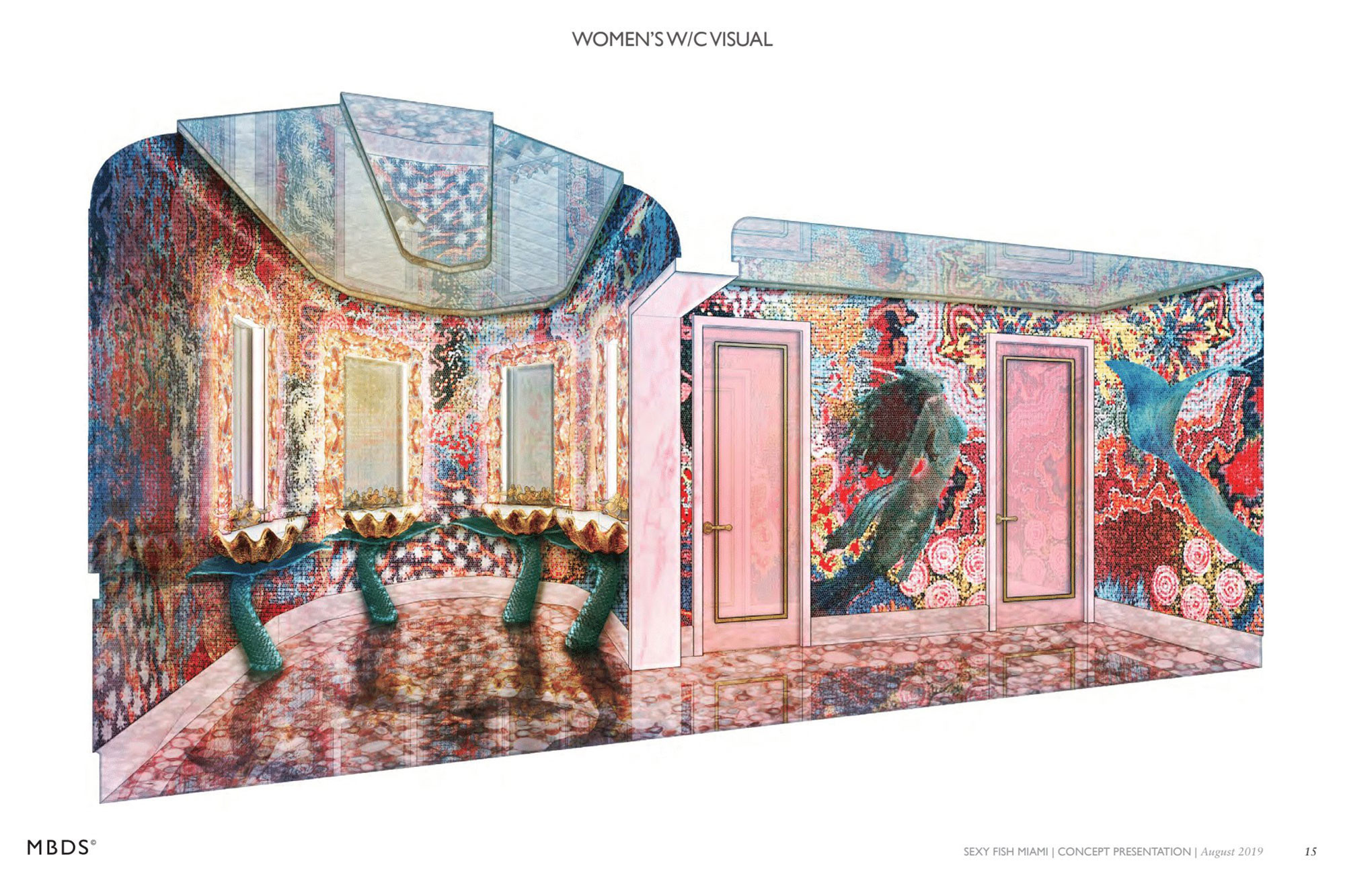 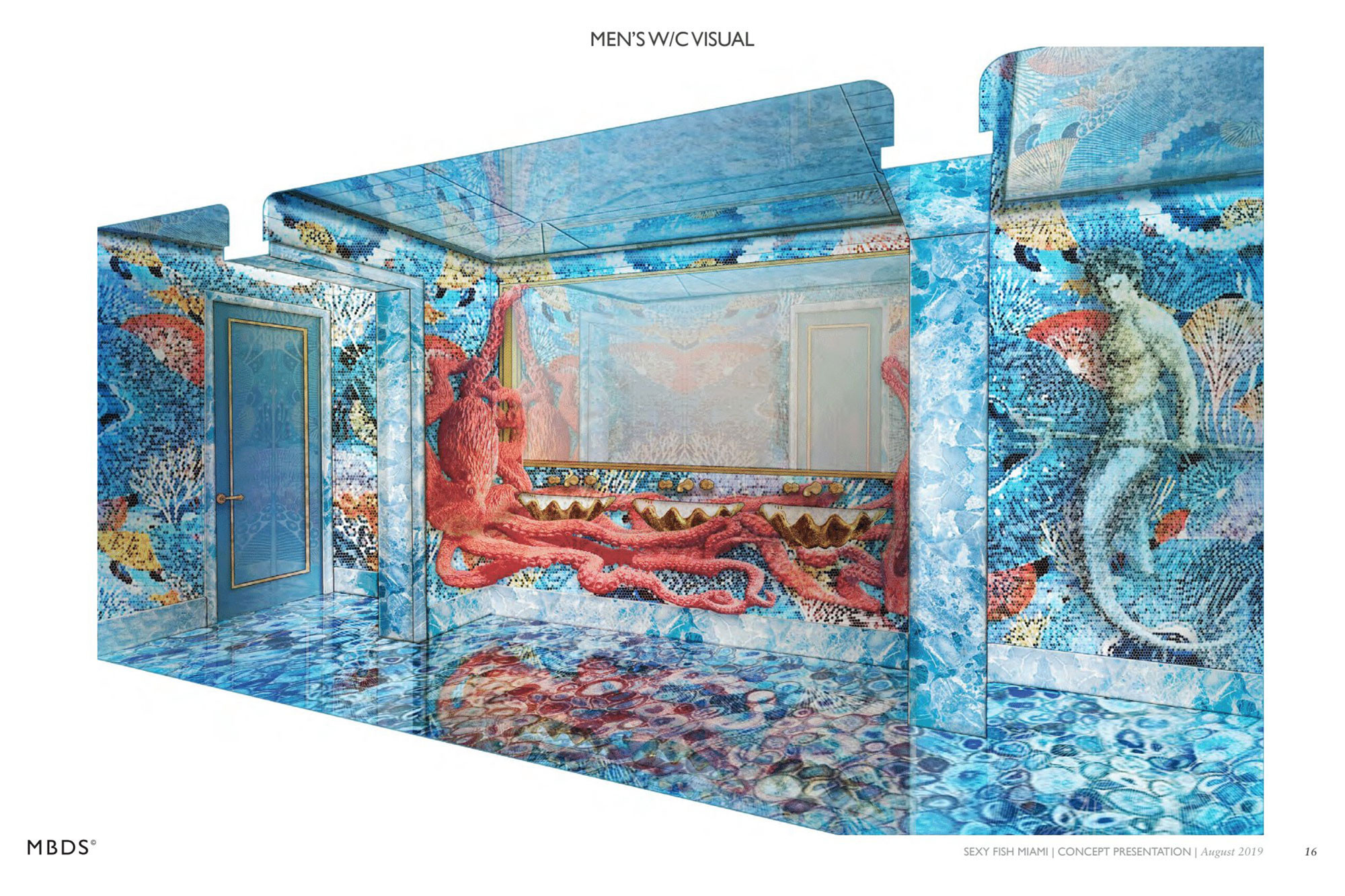