Brightline’s Miami to Orlando train service is one step closer to completion, while service to Tampa is also moving forward.

The company announced last week that it has completed construction of one of four zones needed to start service between Miami and Orlando.

Brightline also told investors last week that it has now completed negotiations with the Florida Department of Transportation for right-of-way access to build an extension to Tampa, and expects to execute a final agreement with the agency in early 2022.

Brightline has divided the construction project that will connect Miami to Orlando into four zones.

Zone 2, which reached completion in October (but was only announced as complete last week), is just 3.5 miles leading into Orlando International Airport, but said to be one of the most complex and challenging areas for construction in the entire project.

The company is also now finishing the buildout of a station and maintenance facility at Orlando’s airport.

Overall, the Miami to Orlando line remains on track for construction completion in late 2022, with the first paying passengers able to board trains between Miami and Orlando in early 2023 following testing.

Testing is already underway with trains now running daily to Cocoa, which is about 40 miles from the Orlando Airport. Trains will run at 110 miles per hour in that segment.

The remaining 40 mile-stretch between Cocoa and Orlando Airport will see trains run at 125 miles per hour, but is still under construction and not in testing yet.

Photos of Brightline’s newly completed Zone 2 at the entrance to Orlando International Airport, and of the station and facilities inside the airport: 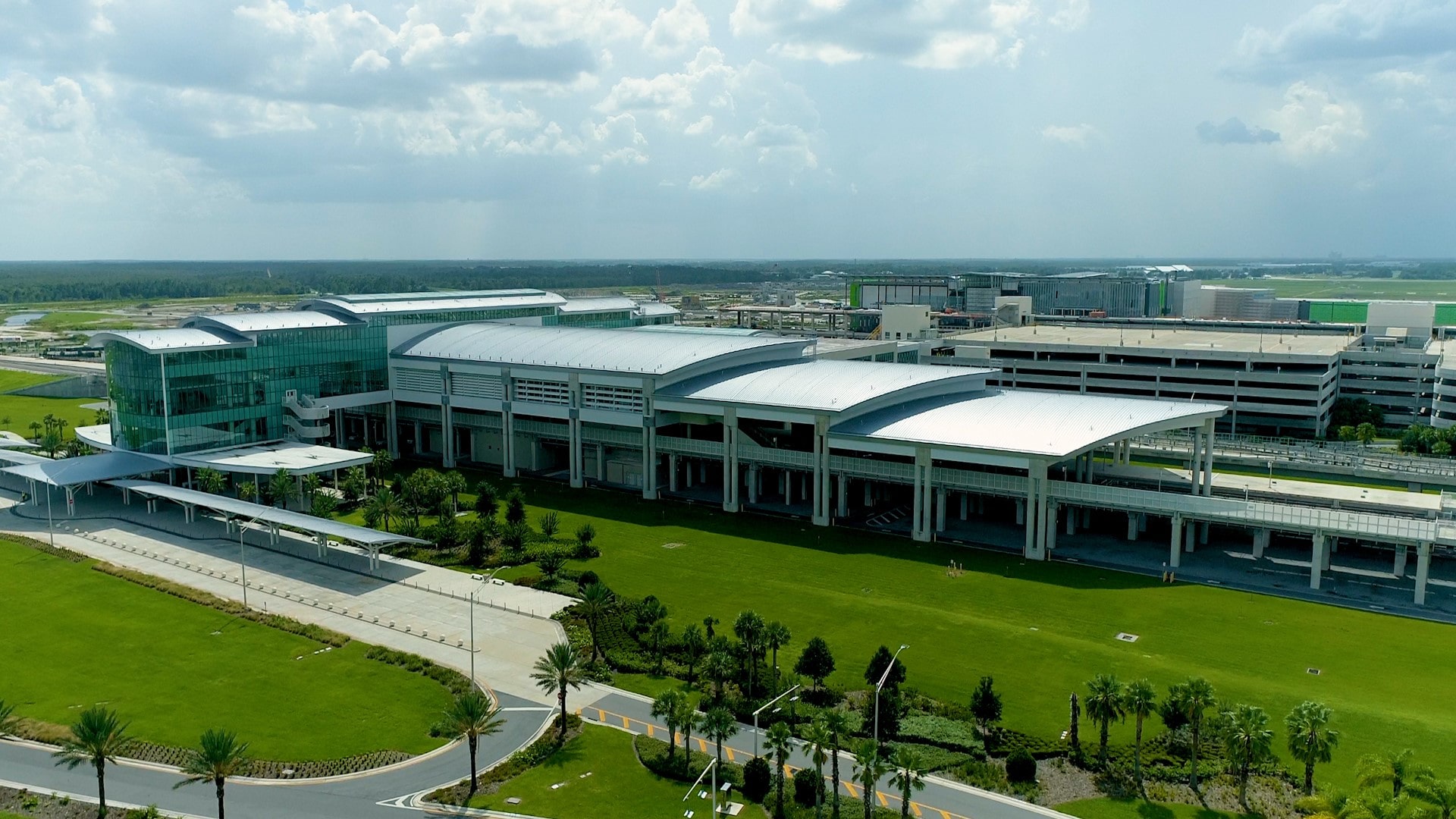 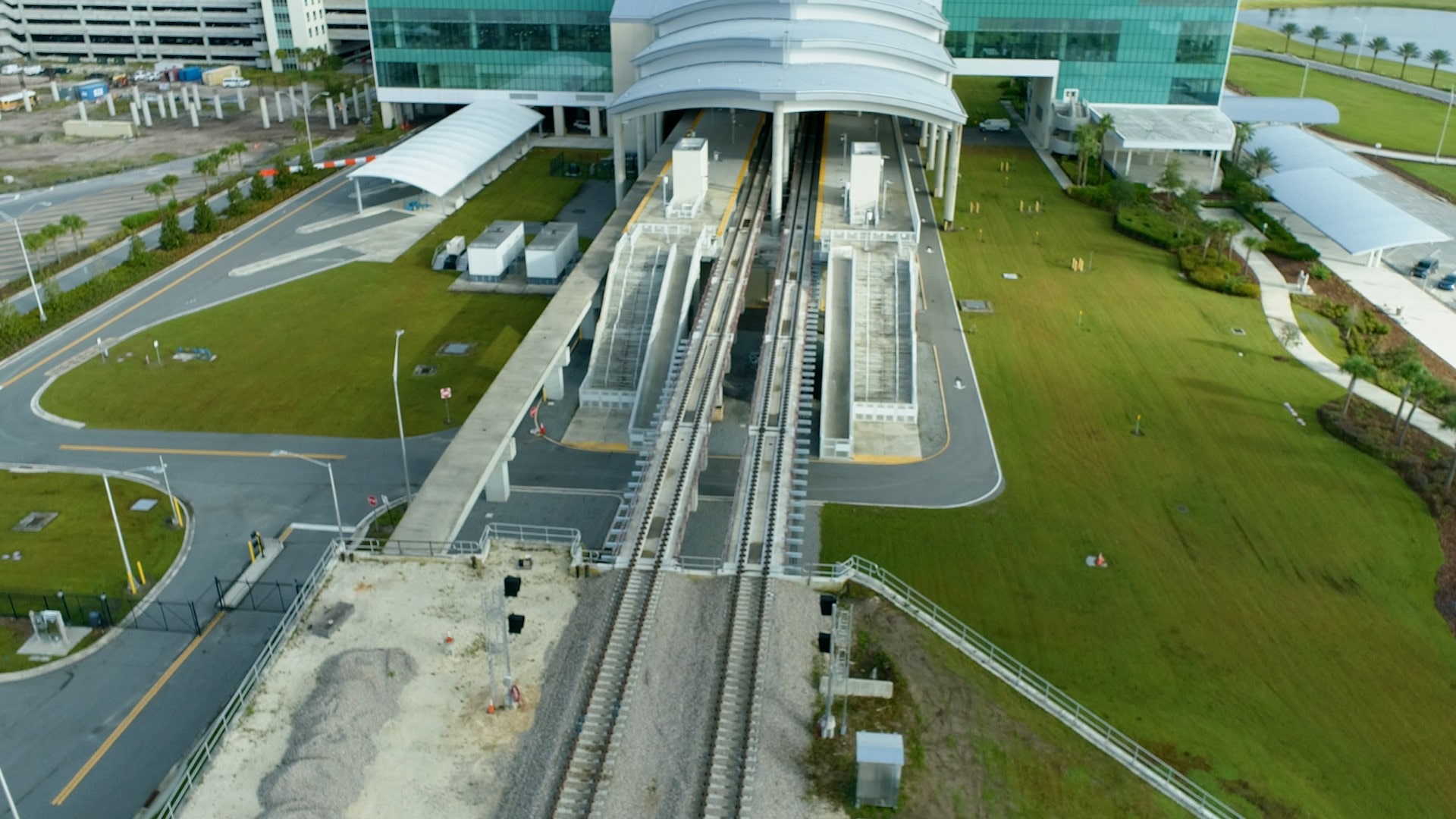 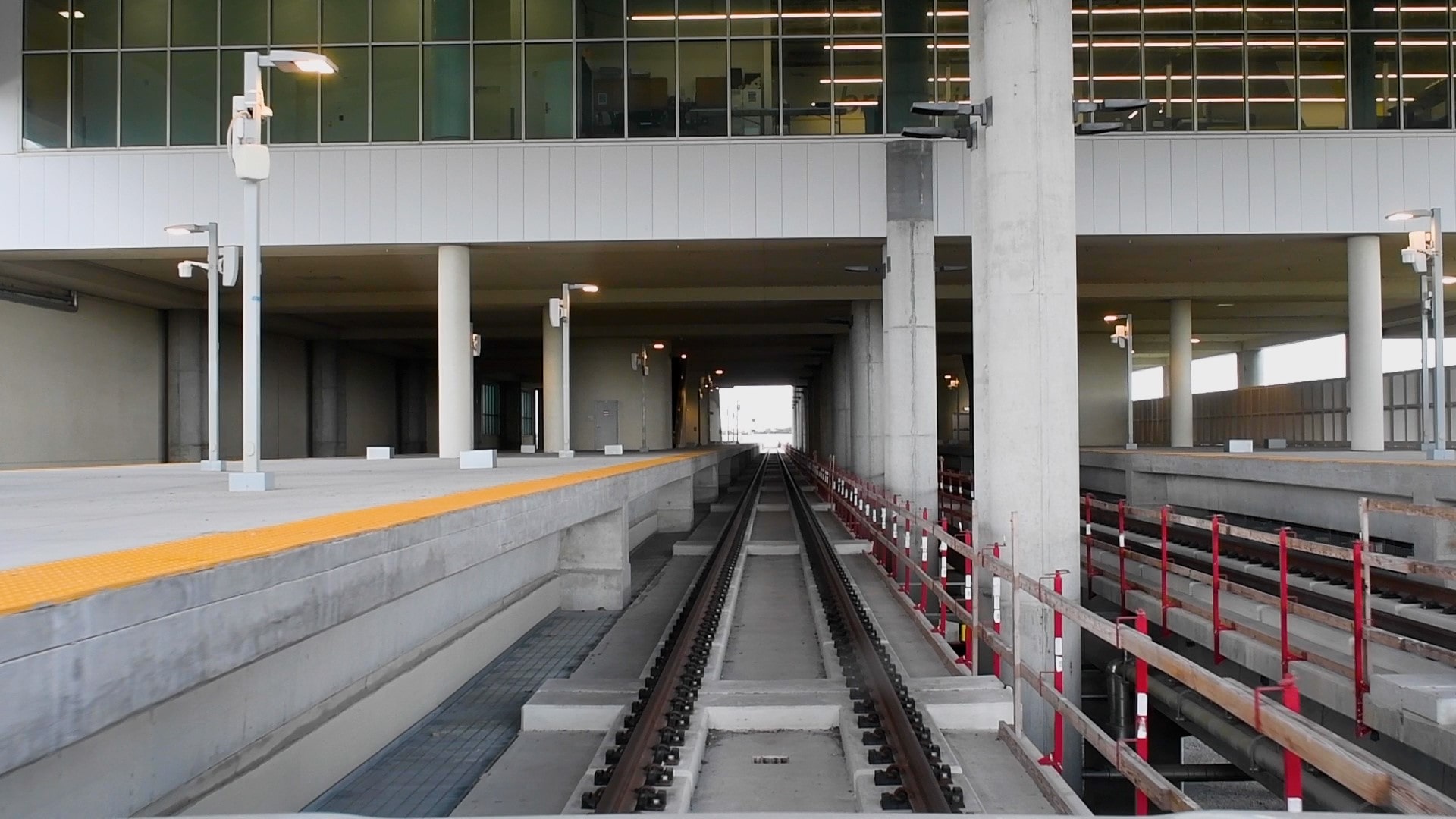 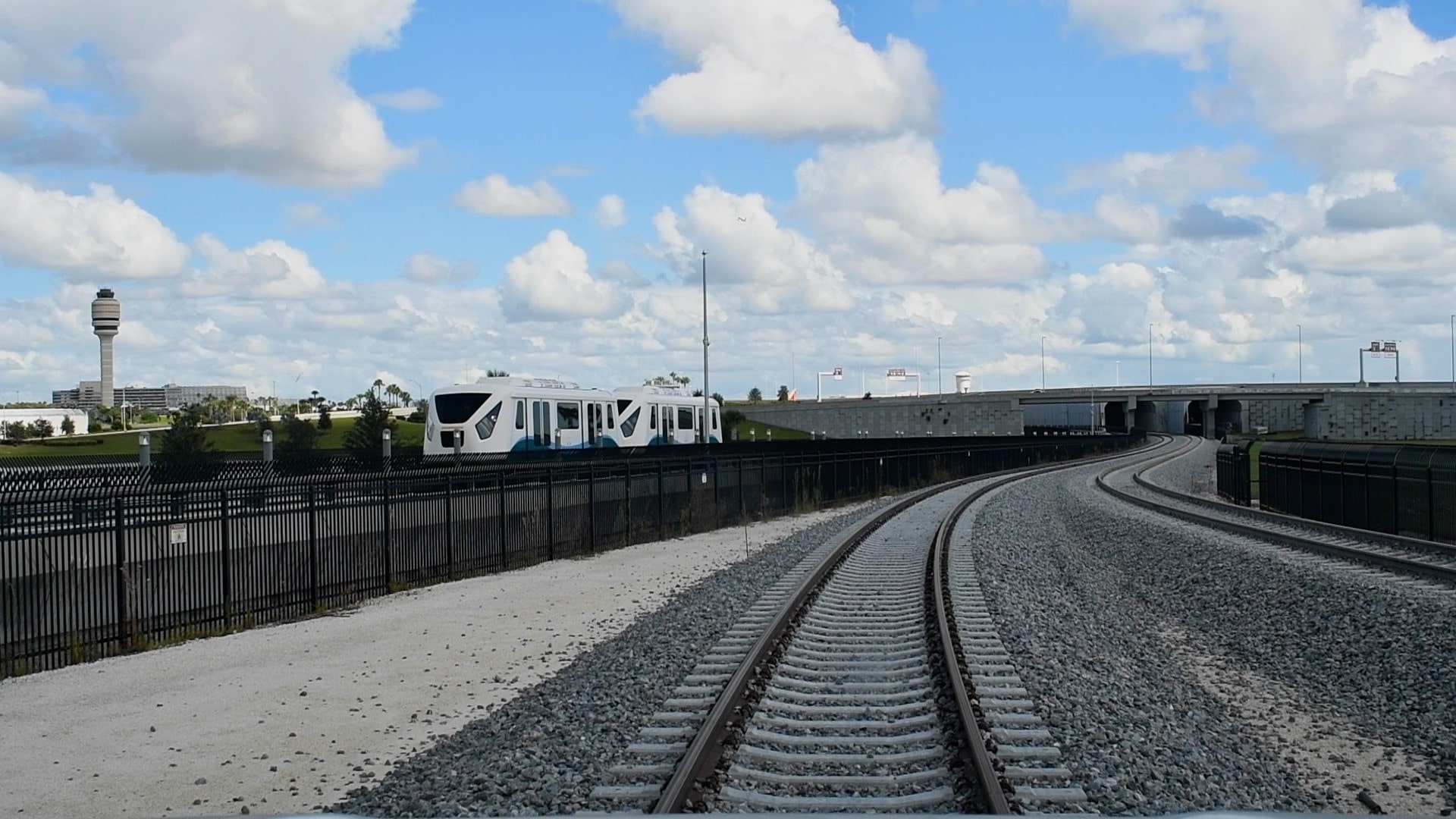 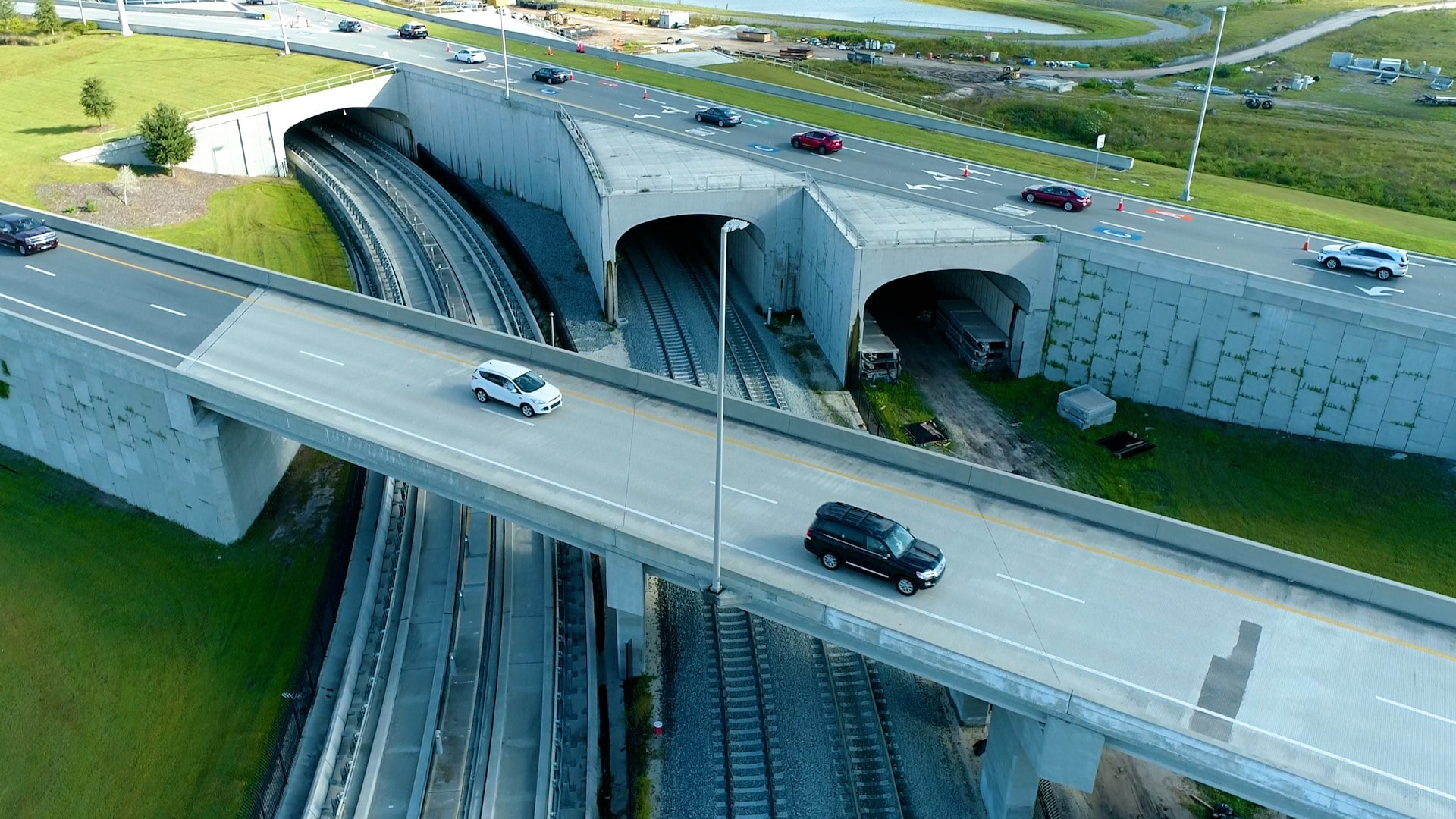 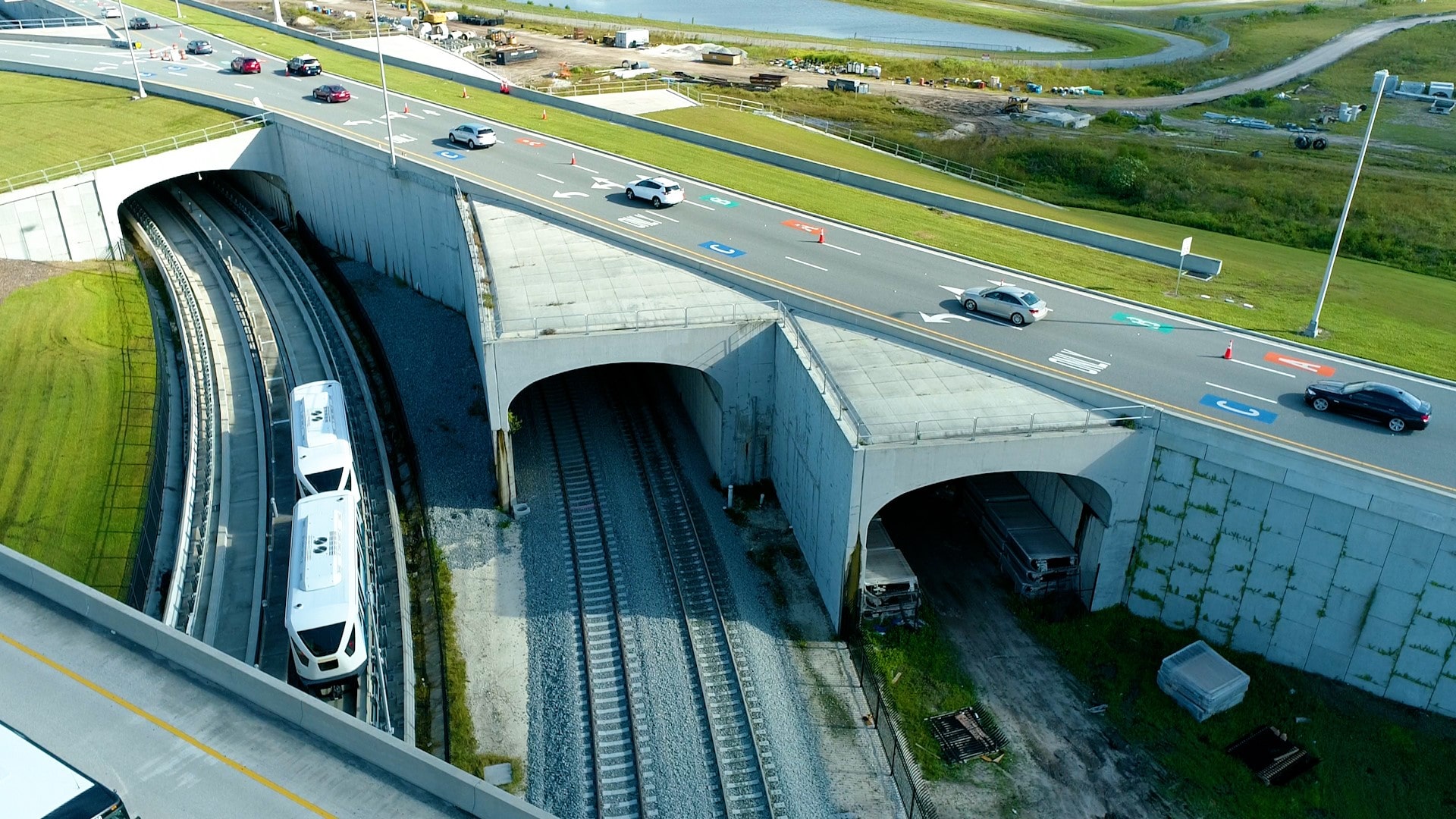 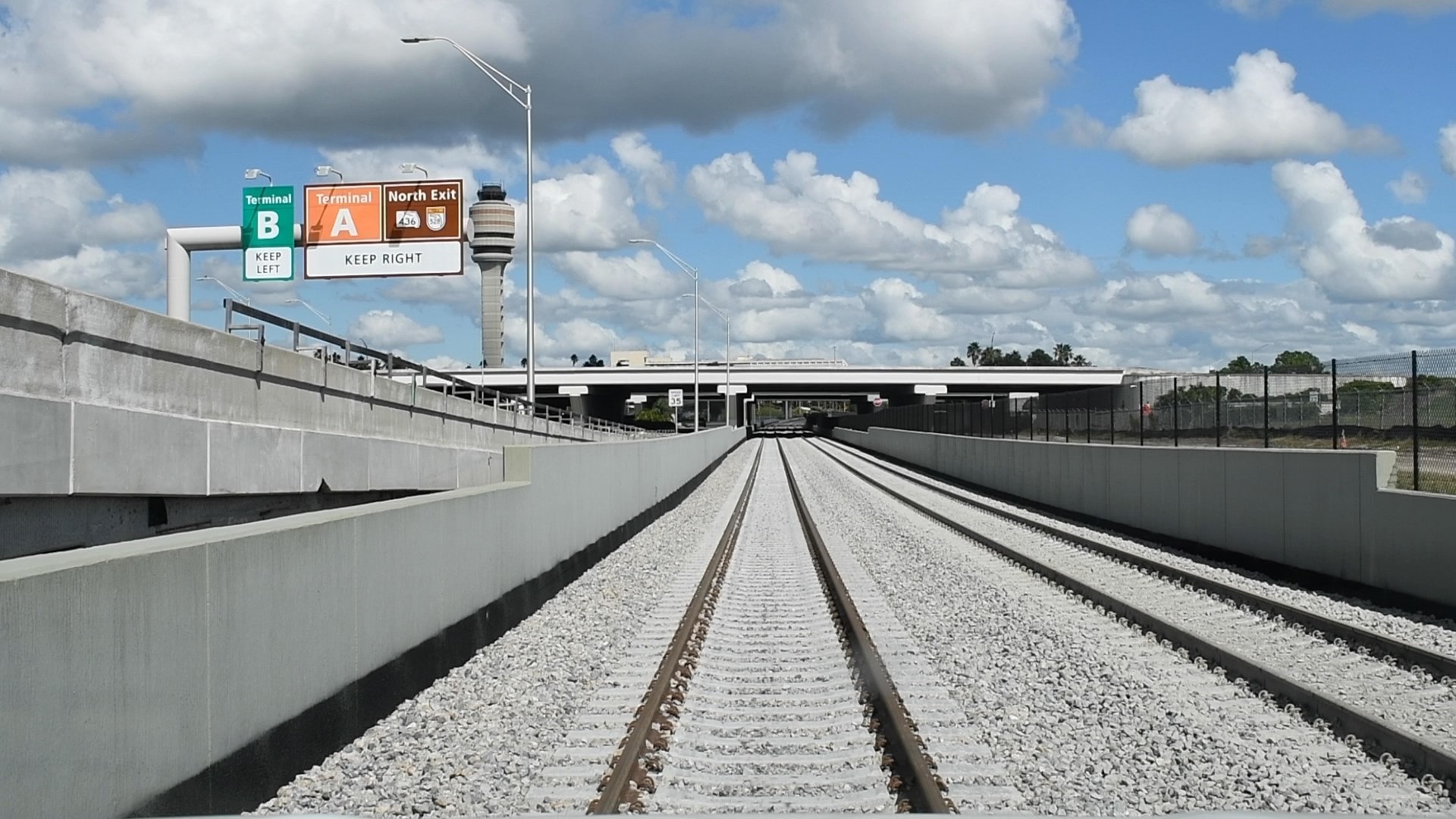 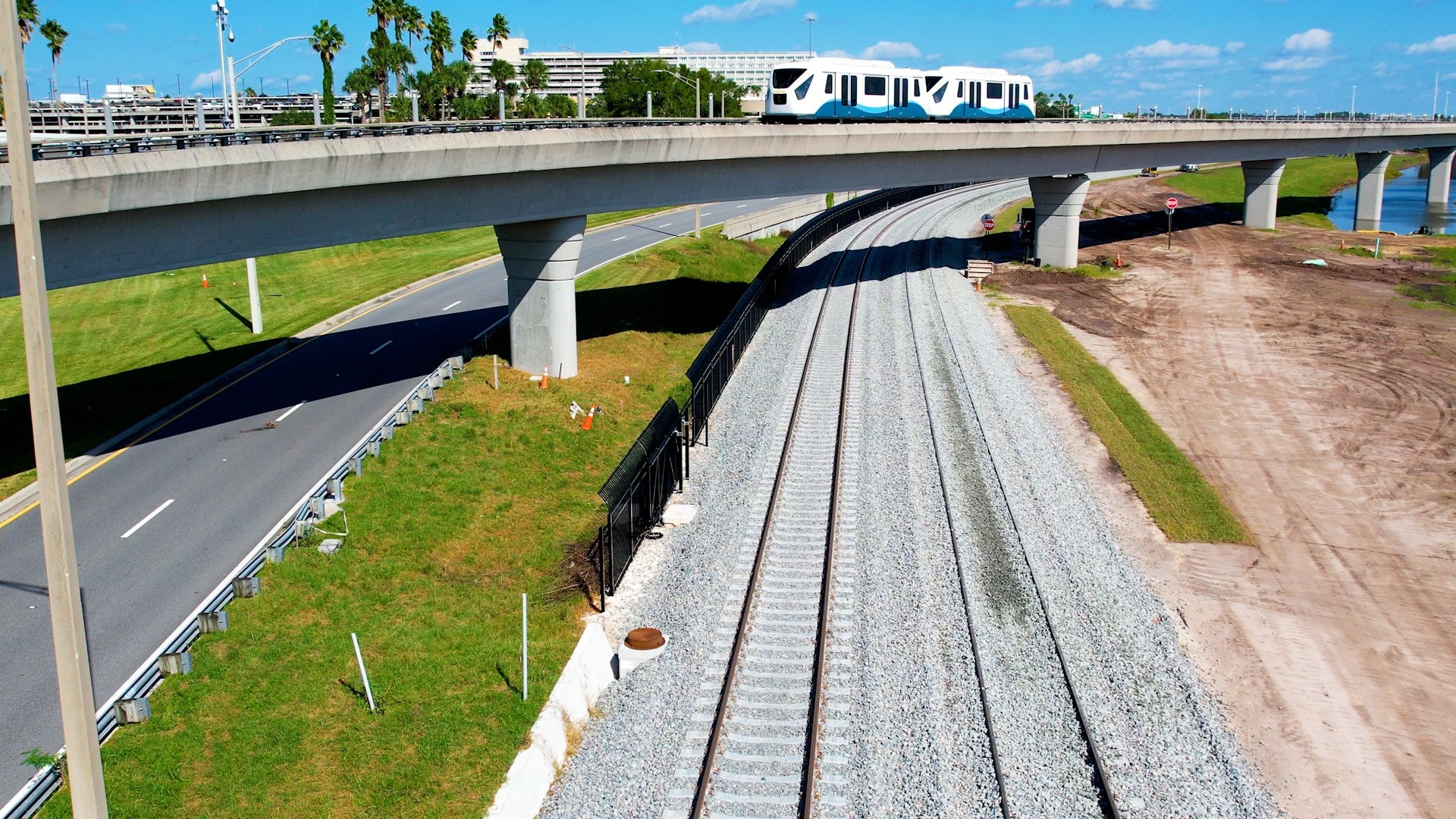 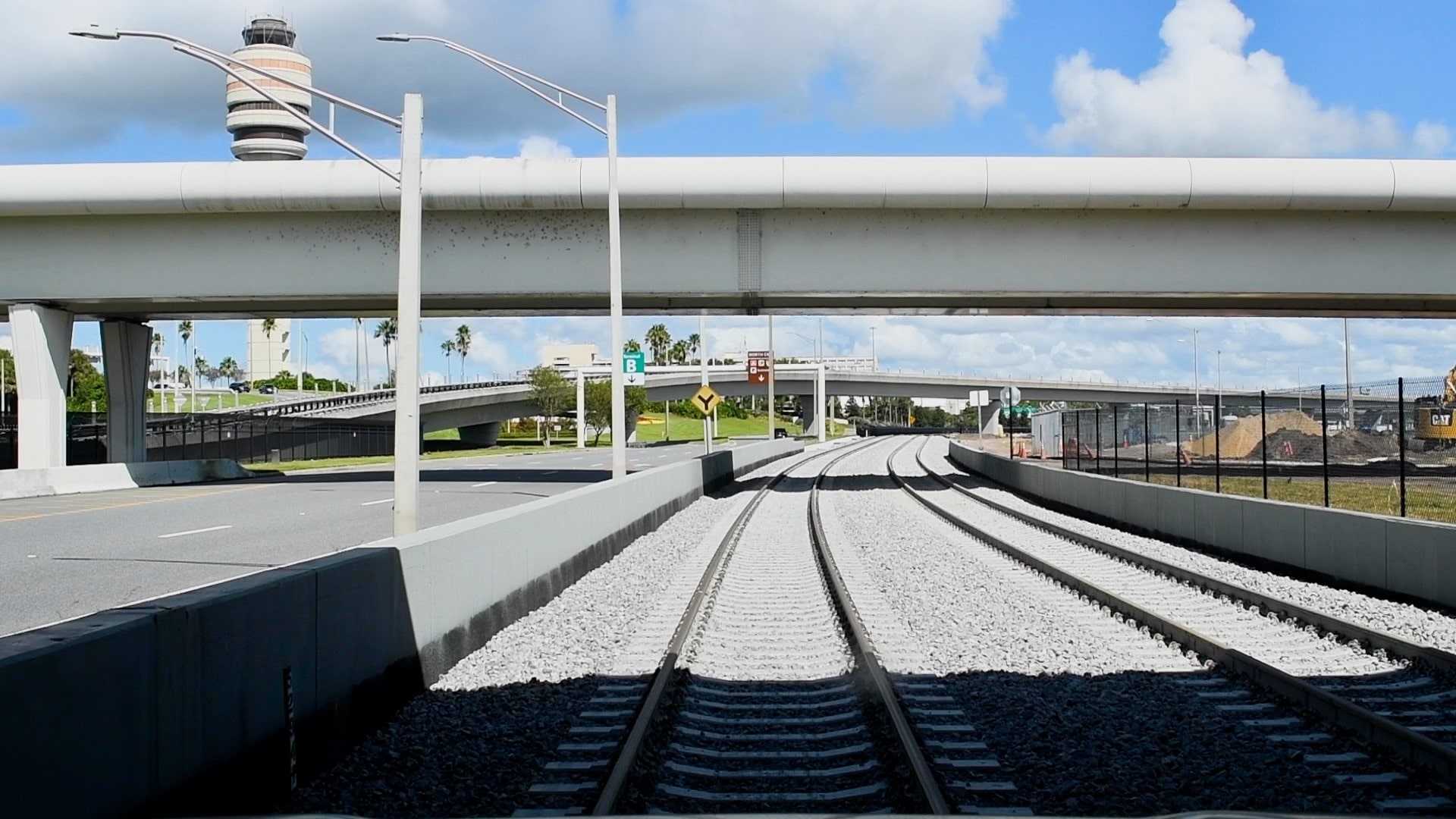 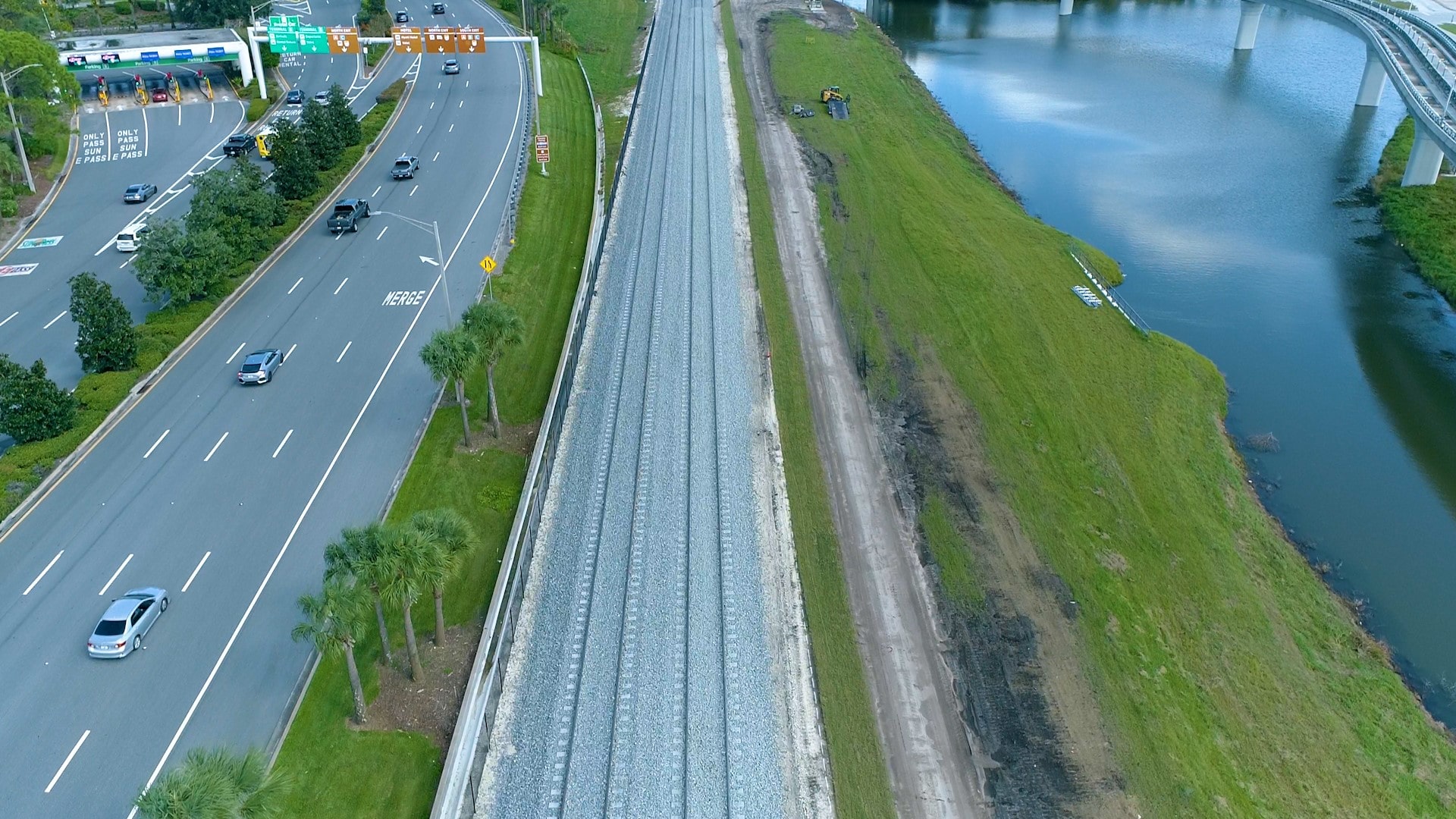 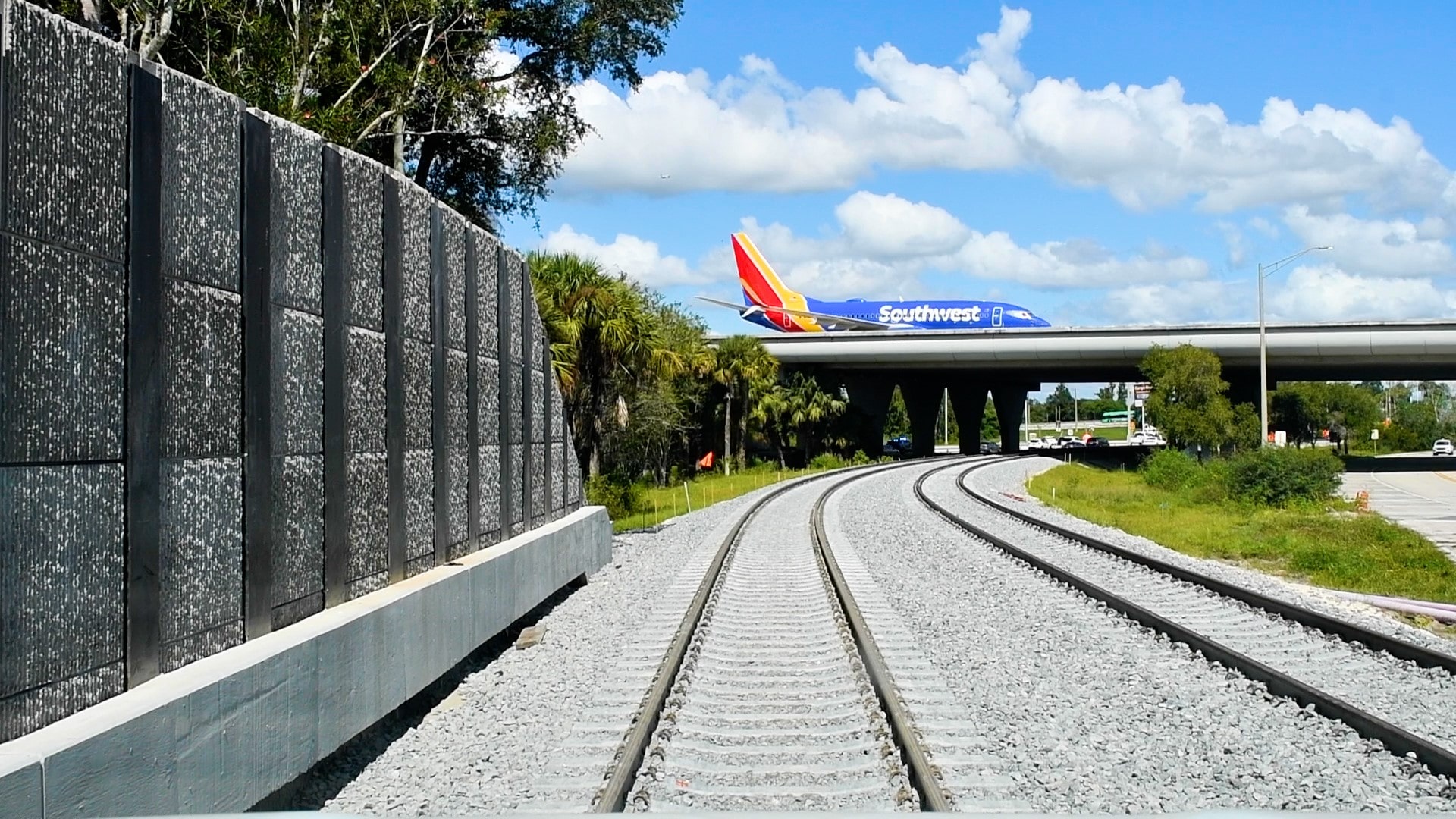 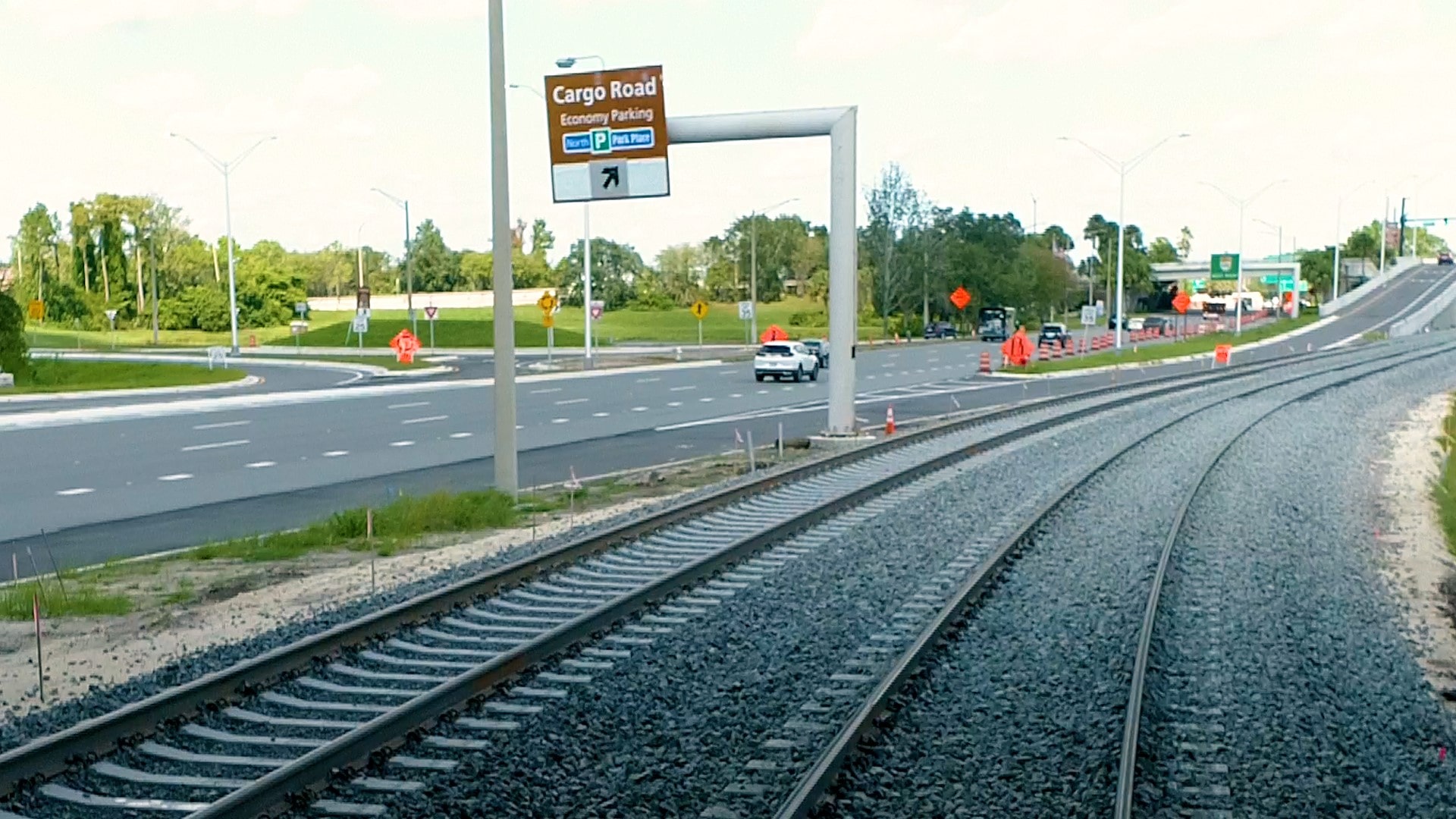 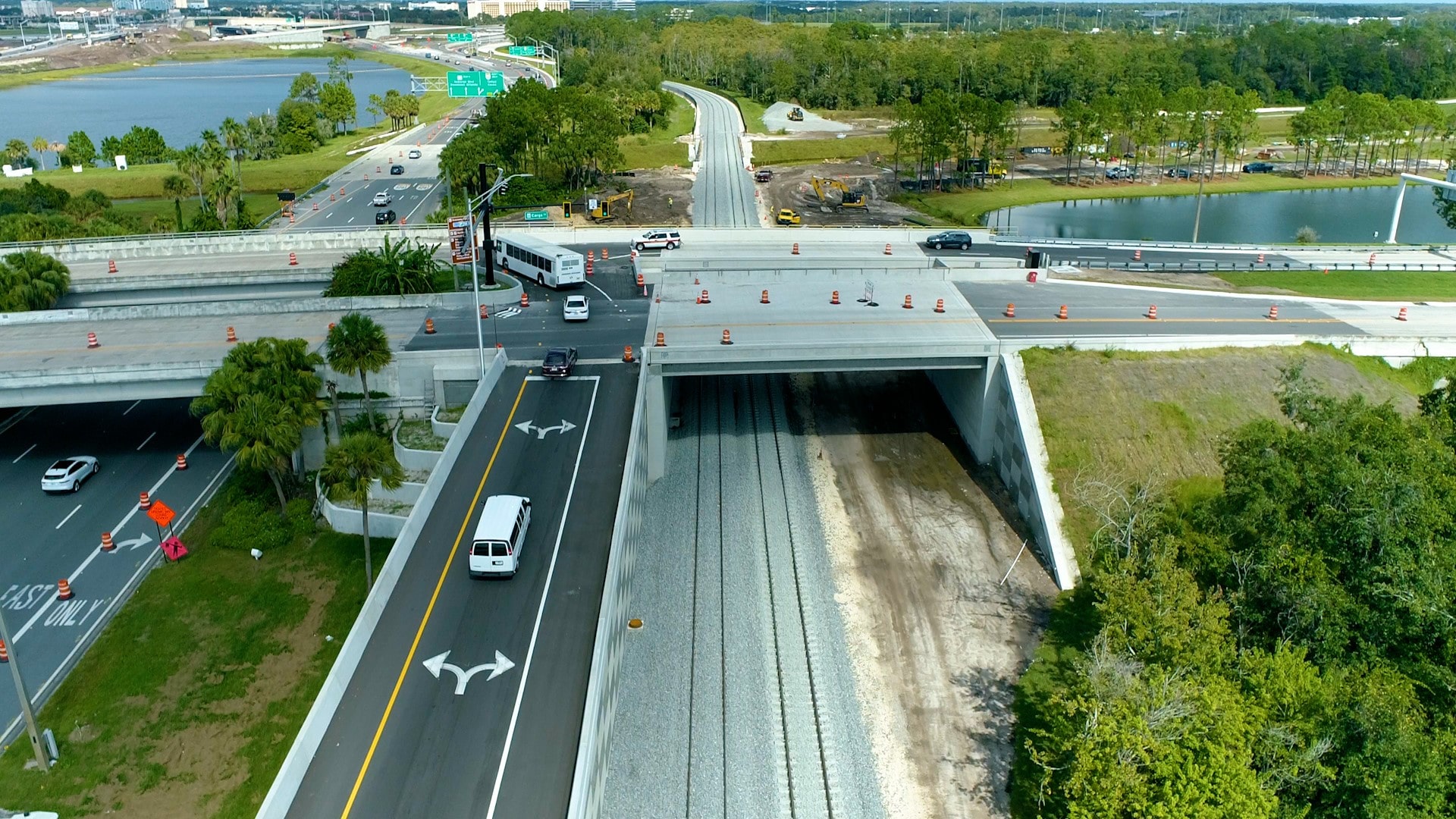 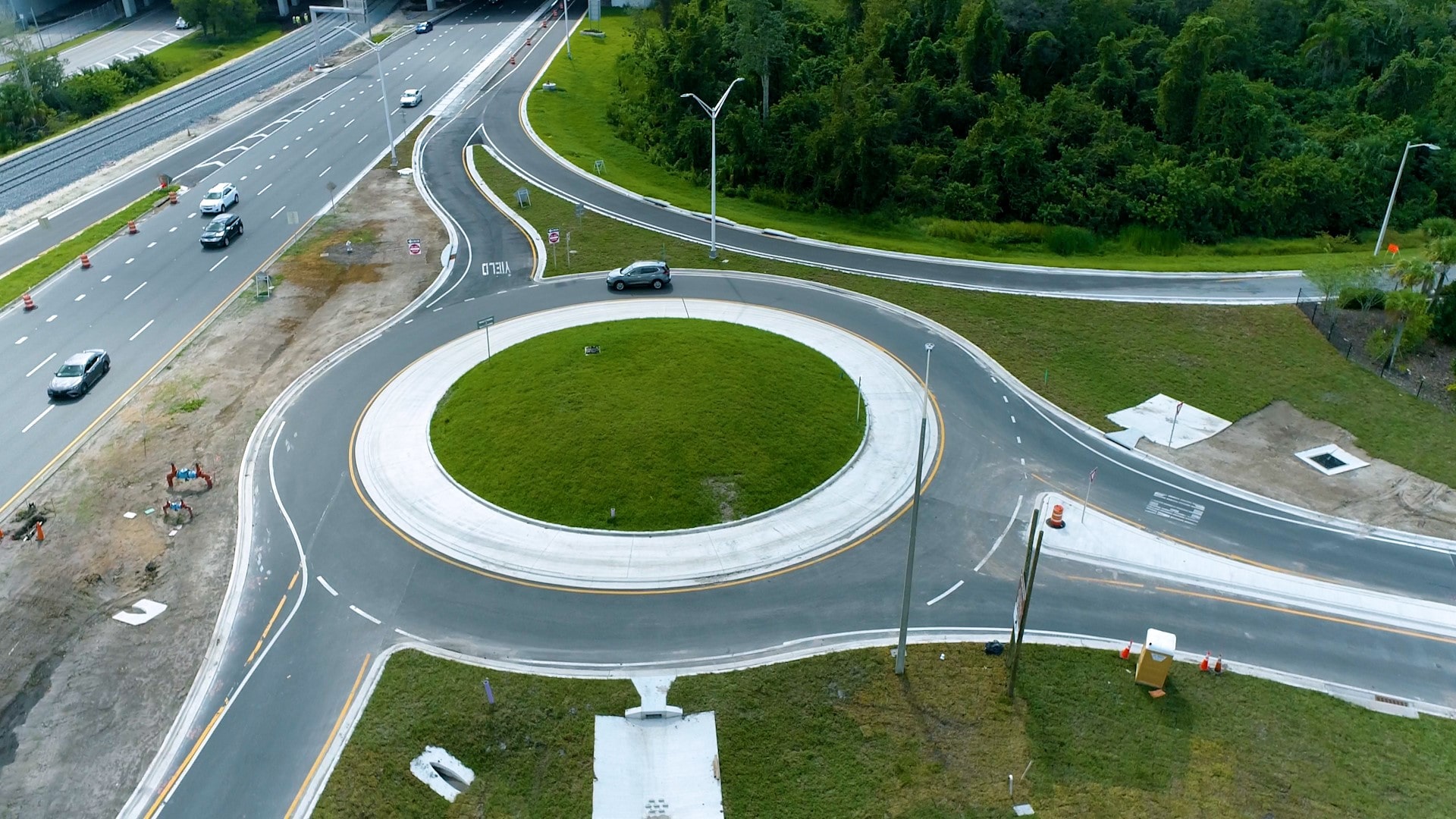