Miami Dade’s historic civil courthouse would be converted into a hotel, under a plan unveiled today by Florida East Coast Industries, the parent company of Brightline and All Aboard Florida.

The courthouse building (built in 1928) would have 220 hotel rooms, along with ground floor restaurant and retail.

Just west of the building, FECI wants to build a tall, glassy courthouse building. To the north, the MiamiCentral supertowers are already in the works.

Dade commissioners are considering the proposal at a meeting today. Judges and lawyers have turned up to the meeting in force to support the plan, saying the current building is in dire need of replacement. The proposal is opposed by Mayor Carlos Gimenez, who wants to try for a cheaper alternative.

Commissioners are discussing the item as of 1 pm. Check back for updates.

Update: A decision has been deferred. 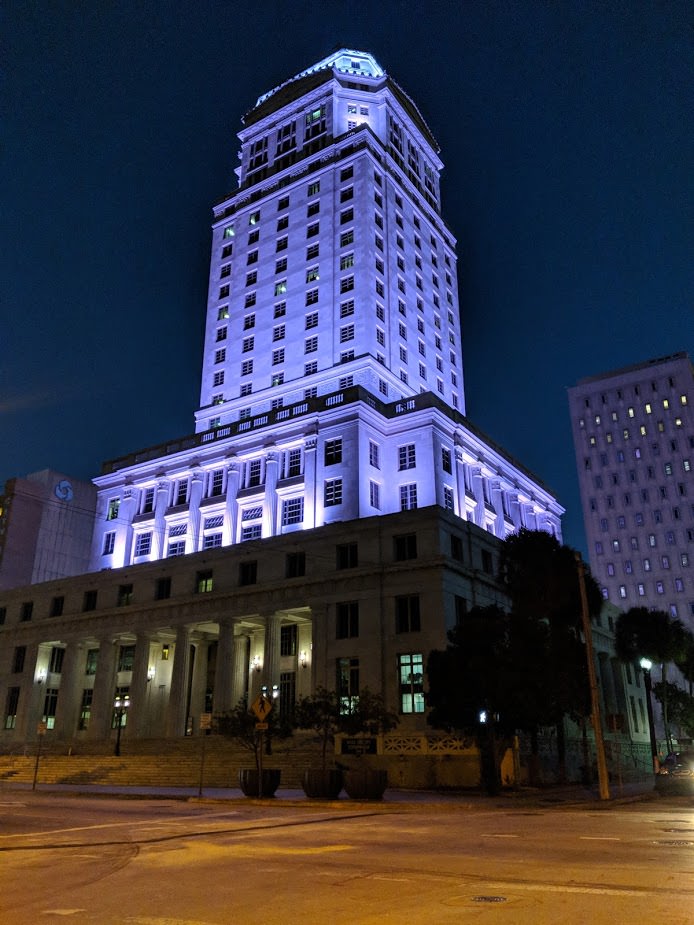