Brightline says its is seeing strong demand for its service, just weeks after the company relaunched train service between Miami, Fort Lauderdale, and West Palm Beach.

According to a monthly report released by the company, ridership accelerated in late November and early December, nearing pre-pandemic levels.

Brightline resumed service on November 8, after halting operations in 2020 during the pandemic.

A total of 61,045 passengers rode Brightline in November, with an average fare of $9.55, generating ticket revenue of around $600,000. Promotional offers during the month cut the average ticket price to around half what it was in November 2019.

Here’s the latest on some of Brightline’s other activity in the past month:

Orlando – completion of an extension that will allow service between Miami and Orlando remains on budget, and on track for completion in late 2022. Over 1,145 construction workers worked on building that segment during November.

Miami-Dade Commuter Service – A Brightline affiliate closed into escrow $500 million in tax-exempt private activity bonds obtained from the State of Florida this month. The affiliate plans to remarket the bonds in early 2022, and use the proceeds to acquire commuter access rights from Brightline, the proceeds of which will be used for project costs.

The Federal Transit Administration is expected to formally issue a class of action for the Miami-Dade project in the coming weeks.

Miami-Dade is expected to begin work needed to obtain contractor bids to build out the service in early 2022. 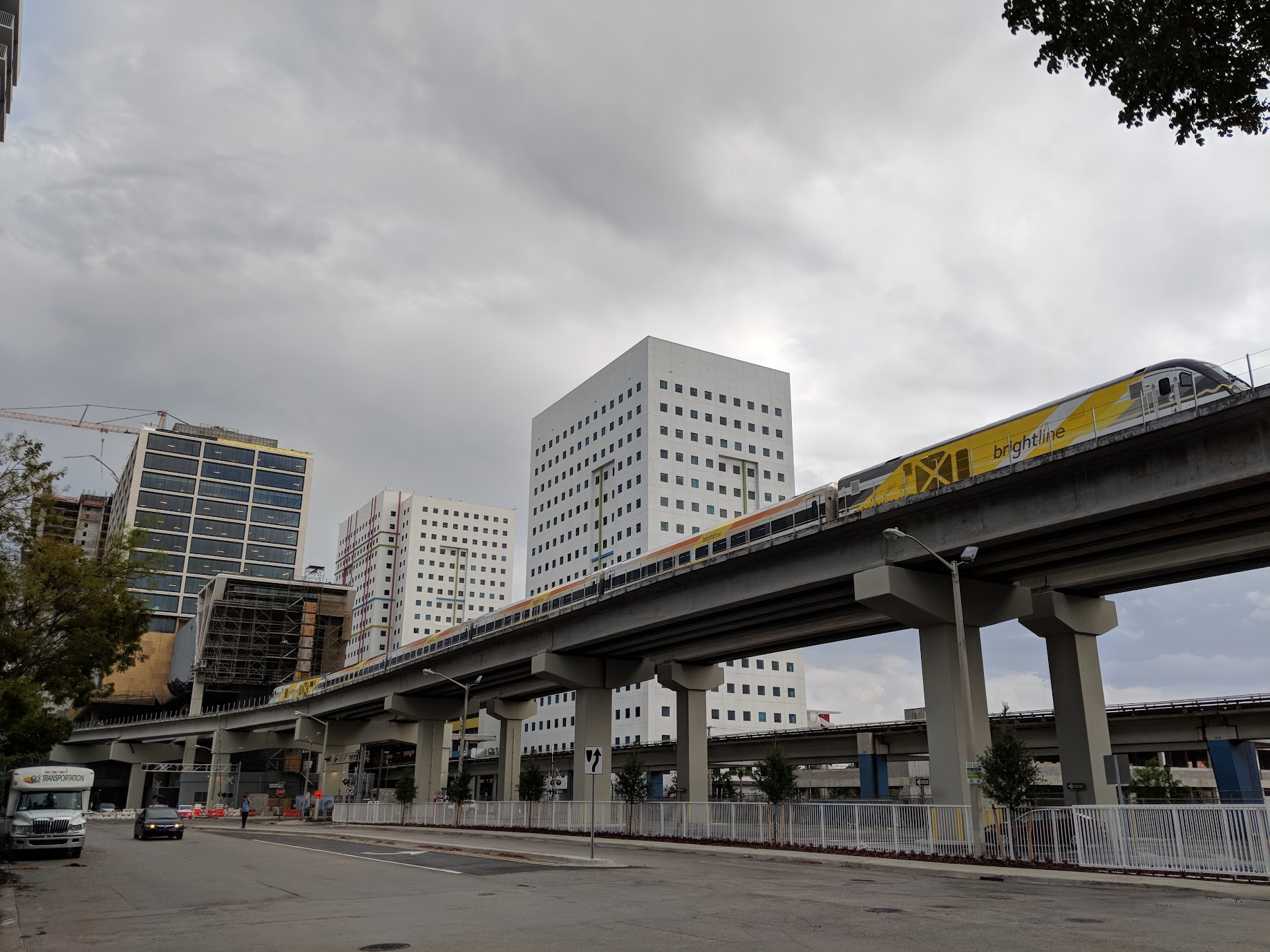